Home / News / Tory crisis – kick them while they’re down 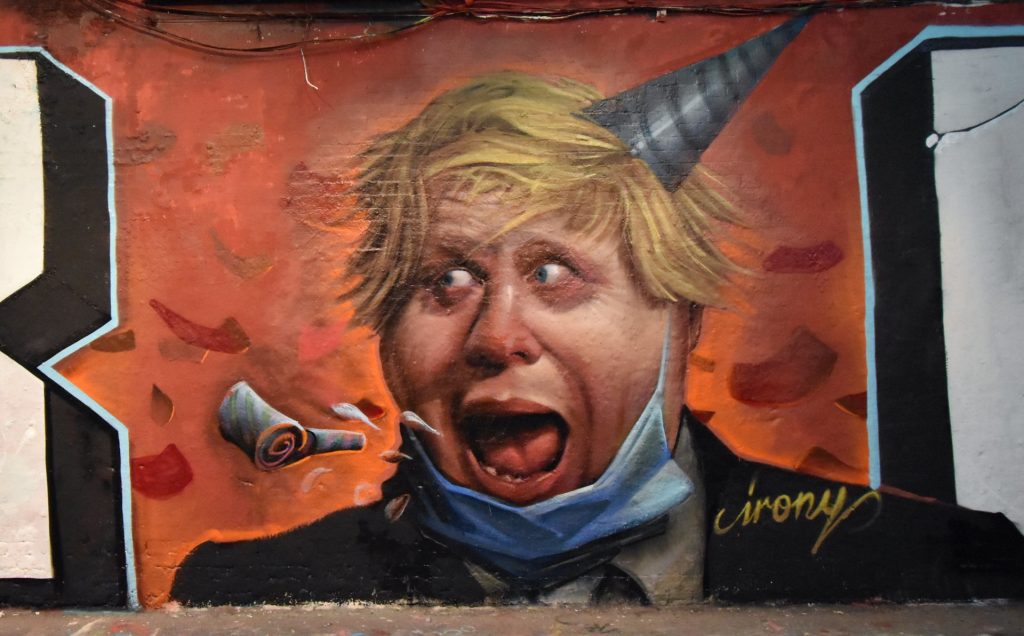 The government is descending into farce as Johnson refuses to admit that his time is up. The Tories are in crisis, and a mounting political strike wave can break them.

Update, 9.45am, 7 July
Johnson is going – but trying to delay his departure till the autumn. Months of directionless government and Tories fighting for the leadership lie ahead. Meanwhile the strike wave over pay continues, with Cadbury workers winning a pay rise of up to 17.5% yesterday.

Johnson’s premiership is effectively over, with more and more government members turning against him, and Tory whips quoted as saying they don’t have enough people to fill all the vacancies. The situation is beyond even his extraordinary ability to bluff and lie his way out of trouble. Yet Johnson is still in denial. This farce seems set to continue over the weekend. People across Britain will celebrate the departure of this incompetent, corrupt, racist, homophobic chancer. At the last election the Tories were triumphant about their majority of over eighty and their victories in the Red Wall seats. All that has fallen apart. Now, with no obvious successor as PM, they are directionless in the face of a cost of living crisis, as Covid infections rise once again and a global climate emergency unfolds. Whoever succeeds Johnson will have none of his authority after Brexit and the 2019 election. It’s a disaster for the Tories.

This isn’t just about Johnson as an individual. The government has ‘got Brexit done’, but run out of any further strategic direction. It’s divided between socially conservative neocons who want tax cuts, spending cuts and deregulation, and social liberals who are happy with capitalist business as usual. The neocons favour culture wars and read the Telegraph, the neoliberals wave pride flags in June and read the Financial Times.

Sunak’s resignation letter makes clear he is positioning himself to run for leader on a Thatcherite, neocon platform. Nigel Farage in the Telegraph calls for the Tories ‘to rediscover the small state, low tax Conservatism that has proven so popular over the years’. But with a cost of living crisis unfolding, a return to austerity, with cuts to the public services so many depend on, is all too likely to blow up in the Tories’ faces.

As this internecine struggle, this lack of direction, has continued, the government has tried to keep backbenchers and Tory members happy with attacks on groups like migrants or trans people – but they haven’t any coherent response on key issues affecting British capitalism such as housing, transport or inflation.

What’s more, this divided government now faces real opposition, though not from a spineless Labour leadership passively waiting for power to fall into their laps. The rail strikes have won huge support, and reminded us of the power workers have when we strike. Tube drivers, tram drivers, bus drivers, hospital cleaners and care home workers have all taken strike action in the last few weeks. Heathrow check-in staff will strike soon, and Heathrow cabin crew have won a superb 18 percent pay deal. Teachers are discussing action, and NHS staff are waiting to hear what pay rise they can expect.

Inflation is driving a strike wave which can win on pay. And the strikes are about a cost of living crisis which affects million of working people, not an issue in just one workplace. That means they can easily start to call many aspects of the political status quo into question, from climate to NHS spending. So we should celebrate the fall of Johnson, but this deep Tory crisis means we can win so much more – the first step is to make sure the RMT win, and then build more strikes and protests from there.