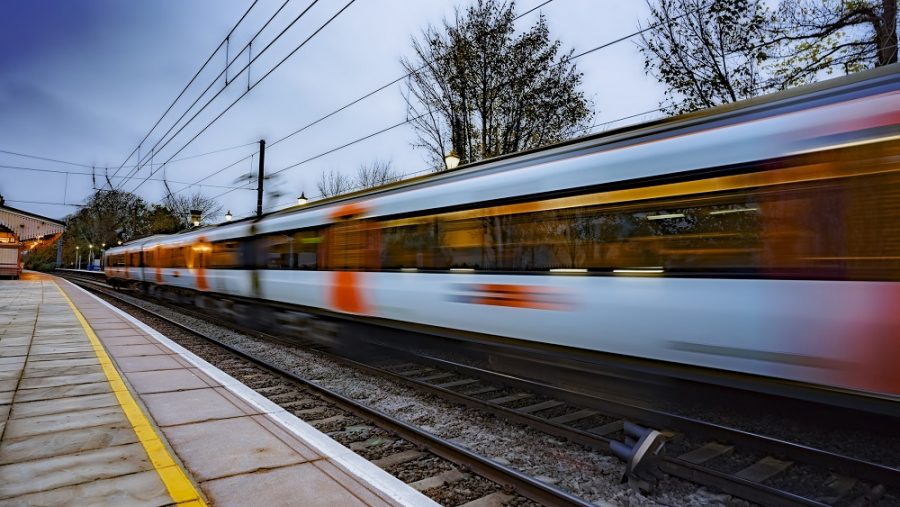 Spain is making short and medium train journeys free from September to the end of the year. To fight the cost of living and climate crises, we should do the same in Britain – but roll it out to all public transport, and make it permanent.

Spain’s travel package will be funded by a windfall tax on banks and energy companies, expected to raise €7 billion. (Sterling750 / Getty Images)

This week, Spain’s president of government, Pedro Sánchez, announced a package including 100 percent discounts for short and medium train journeys and 50 percent discounts for long distance rail travel within the country. The measures will take effect from 1 September and last until the end of the calendar year. Short and medium distance travel had previously been discounted 50 percent, but the government went further this time to encourage greater use of public transport over cars while fuel prices remain high. The Ministry of Labour expects the plans to result in upwards of 75 million rail journeys taken for free.

Sánchez, who is also secretary-general of the centre-left Spanish Socialist Workers’ Party (PSOE), announced the plans with populist rhetoric, saying he will ‘work [himself] to the bone to defend the working class of this country’. The package will be funded by a windfall tax on banks and energy companies, expected to raise €7 billion.

Spain’s plans follow the immediate success of Germany’s recent introduction of a €9 nationwide travel pass between June and August. The first month saw a significant increase in rail travel over 30 kilometres, with rail movements 42 percent higher in June 2022 than June 2019. Rail travel has risen in particular over weekends. There has also been a positive impact on travel by road with less car journeys taking place: since the beginning of the scheme, congestion has been reduced in 23 out of 26 German cities.

These measures have come amid the cost of living crisis afflicting many countries: inflation is at its highest in decades, prices rising while real wages fall. In Spain, inflation hit a 37-year high of 10.2 percent in June. Although Germany’s inflation slowed to 8.2 percent the same month, its rate of 8.7 percent in May was the highest since the 1970s. In the UK, meanwhile, inflation rose to 40-year high of 9.1 percent in May, and the Bank of England continues to predict it will surpass 11 percent later this year.

Price rises across the economy have substantially been driven by soaring fuel costs. This time last year, average petrol prices in the UK were 133.34p per litre. Last week, the RAC reported that the price was 191.43p per litre, marking an increase of 43.57 percent. Diesel price rises have been even steeper. Any benefits from the government’s cut to fuel duty of 5p per litre have been eviscerated.

What this means is that getting around by car is increasingly out of financial reach for many people, who do not stop needing to get to work, go to the shops, or visit family and friends. Without a counter-measure like free public transport, extortionate fuel prices will drive social isolation and difficulties accessing employment—as well as hunger.

But free public transport isn’t only crucial for addressing the cost of living crisis. It’s also a vital response to the climate emergency. In the UK, the transport sector is responsible for around one third of greenhouse gas emissions. Our transport system is dominated by private cars, one of the most inefficient modes of transport—they spend, on average, 95% of the time stationary, and take up huge amounts of space on roads compared to buses.

We cannot simply swap all petrol and diesel cars for electric vehicles, because of the resource intensity of their manufacture, including the use of rare earth minerals. Instead, our environmental crises demand a wholesale shift from polluting forms of transport—including aviation, which is responsible for around 3.5% of global emissions—to low-carbon public transport. To realise these urgent societal shifts in transport use, policies to heavily discount public transport or make it free are key.

At present, both Spain and Germany’s transport plans are time-limited schemes lasting until the end of the year or over the summer months respectively. But these shouldn’t just be temporary measures to restore demand to previously ‘normal’ levels. Unless things dramatically change for the better, we are likely entering a new normal where the cost of living will be permanently more expensive, and emissions irreversibly change the climate. We need long-term solutions.

The experience of young peoples’ railcards in the UK is a prime example. The popular 16-25 Railcard offers one third off rail tickets for those within its age range, and in 2019, a 26-30 Railcard was introduced, breaking sale records on release. High demand for public transport can and must be enabled by permanently more affordable prices.

But even this example is far from perfect. Many millennials are already anxious about how they’ll afford to travel once they age out of the deal—and as disposable income declines and inequality widens for working-class people of all generations, the provision of public transport as a universally accessible basic service becomes increasingly common-sense.

Similarly, making public transport free cannot itself come as an isolated policy. Without a wider package of reforms, it will both be difficult to deliver and fail to address the structural issues of inequality and climate change. Spain’s discount policy was made possible by the state-ownership of the company Renfe, and free public transport will be most effectively realised in the UK, too, within a publicly owned rail system where the profits of private shareholders are no longer a factor.

We also need investment in our networks to ensure that trains and buses are fast and comfortable—a process that has gone in the opposite direction under this Tory government. As well as cutting bus routes in half, the RMT have highlighted during the current industrial dispute that the government’s cuts to funding will cause overcrowding, a reduction in services, and more serious accidents.

As we live through these interconnected crises, the way we travel is changing: the news that Doncaster-Sheffield Airport may no longer be commercially viable is only the latest shock. The question is not whether these shifts happen, but whether they are left to the chaos of the market and profiteering companies or democratically planned in the interests of workers and the vast majority of people—incorporating free public transport into a wholesale green transport revolution.