Home / News / Badenoch and Braverman—what’s behind the rise of black reactionaries? 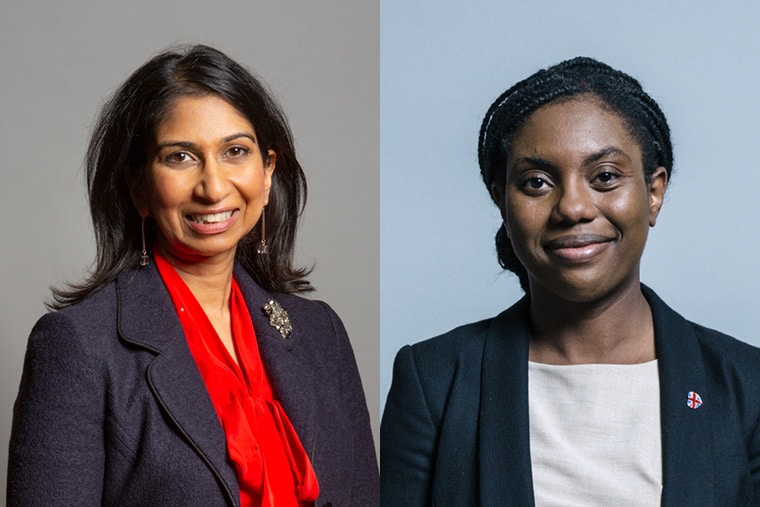 How should the left respond to the rise of the black reactionary? It’s a question posed by the presence of so many black and Asian candidates in the Tory leadership horror-fest.

Would be contenders Suella Braverman and Kemi Badenoch were among those that competed to demonstrate their contempt for anti-racism, and “wokeism” more generally. Badenoch has ample form in this area.

As an equalities minister, last year she insisted that any school that taught about what she describes as “Critical Race Theory” was breaking the law. She was also keen to be associated with the government-commissioned report that said there’s no institutional racism in Britain.

Some have responded to Badenoch saying that by being on the hard right she has “betrayed” her blackness, or that in some way her ideology is incompatible with being black. When she resigned as a minister last week, the black newspaper The Voice tweeted, “Minister for gaslighting, Kemi Badenoch, resigns.”

The problem with these kind of responses is that they suggest that blackness is intrinsically bound up with a limited number of strands of political thought. It suggests being right wing isn’t one of them.

That argument is the flip side of the kind of essentialist thinking that allows racists to ­stereotype black people as being all the same. Crucially, it misunderstands the way class divides black people and plays a crucial role in the development of their political outlooks.

The ranks of black Conservatives have swollen in recent years as a by-product of the economic advancement achieved by a thin layer of people. Many of them—such as Rishi Sunak—talk proudly about how their immigrant parents arrived with nothing.

They boast of how they went on to make a success of themselves, as lawyers, bankers, stockbrokers and so on. This ruling class fantasy of a society based on meritocracy is easy to understand. It says, “There’s nothing wrong with the system. I was poor but I made it, and so can you—but only if you work hard”.

From the right’s perspective, any attempt to discuss how racism and poverty impacts on young black people’s lives is at best a distraction. At worst it’s an “excuse for failure”.

There’s no such thing as society, they insist. What matters is individual effort, talent and intelligence.

This phenomenon of upper class black politics may be relatively new to Britain, but in the US it is at least decades old. The African-American right are keen to use stereotypes of black “welfare moms” and lies about inherent “black criminality”.

There we have also seen two black, right wing secretaries of state launch two deadly imperialist wars.  And most recently, a right wing black Supreme Court justice helped strike out the Roe v Wade abortion ruling. In all cases, the black conservative puts their class interest ahead of all others in exactly the same way as their white counterparts do.

Even a party as habitually racist as the Conservatives can see the appeal of having black people in its highest ranks. In narrow electoral terms, it makes sense for the right to expand its voter base this way.

But it’s especially true if black Tories can be used to make the kind of arguments that a white politician might find difficult. Braverman, Badenoch and others are being used willingly to drive forwards the most racist policies in the hope that their skin tones will act as a defensive shield for the government.

Tory culture warriors expect that this will wrong-foot the liberal left. Our best response is not to become fixated on the ethnic backgrounds of black reactionaries.

We should attack them for who they are—fighters for the rich and powerful determined to maintain the divisions in our society.