Home / News / The Corporate Internet Isn’t the Only Option 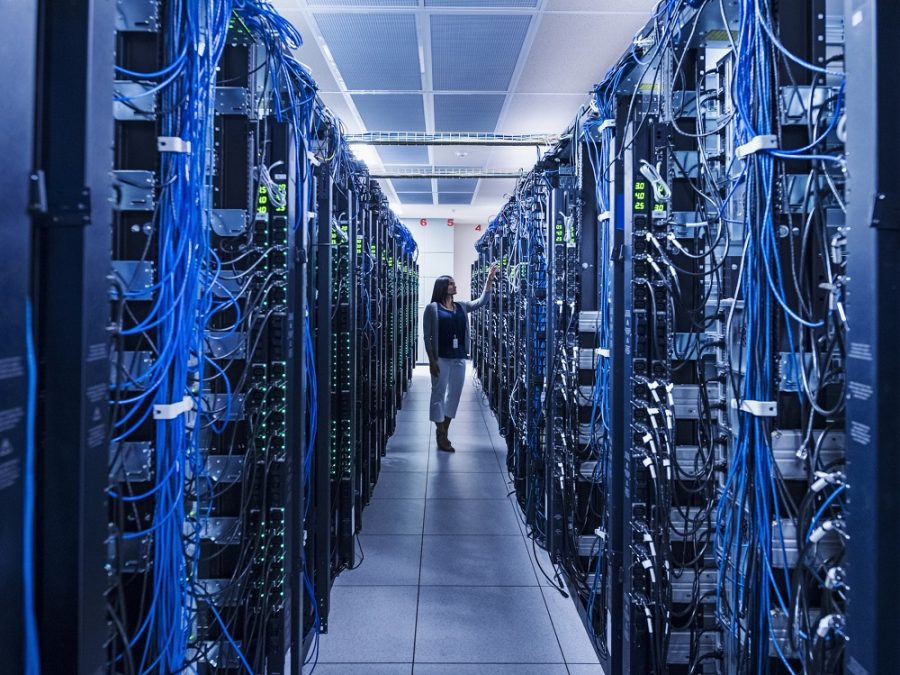 When it comes to internet infrastructure, the for-profit model is presented as inevitable – but political decisions built today’s internet, and political movements could build something different.

From the beginning of Ben Tarnoff’s Internet for the People, the reader is made viscerally aware of what comprises ‘the internet’: a planetary system of wires, deep-sea cables, and server-filled warehouses. As intangible as it often seems, these are objects made from steel and plastic. Reading it feels physical, because it is. As an infrastructural project, the internet mirrors a familiar trajectory in Western economies over the past four decades—funded by the state, built by workers, and sold off on the cheap to corporations for profiteering.

Throughout the book, these notions are built on. In a detailed but accessible way, Tarnoff gives a thorough explanation of where the internet came from, as well as why and how it has become what it has become. From its days as a public research network to its current status as the vanguard of neoliberalism, Tarnoff describes the creep of privatisation up the ‘stack’. Under the guidance of canny venture capitalists, the physical infrastructure of ocean floor cables and broadband networks were sold off and corporatised, with (as we take for granted today) internet access becoming something with a price tag attached. Only after that process was guaranteed could the activity of logging on be monetised in the interests of profit.

Alongside the economic seizure of digital space, the other process that Tarnoff highlights is the ideological shaping of the internet by the forces of the right. Hardline libertarian ideology, for instance, informed the outlook of eBay founder Pierre Omidyar when shaping the e-commerce venture’s key features and processes. Ku Klux Klan Grand Wizards were early to recognise the web’s potential to communicate their ‘ideas’ to a much wider audience, while the modern far right goes to great lengths to take up as much space as possible in the social media ecosystem. Its presence on sites like Facebook (where Breitbart, Fox News, and Ben Shapiro frequently top the most shared linked posts) and YouTube can attest to this.

Beside this early grasping of prospects and opportunities from capitalists and right-wing forces, Tarnoff also details a more hopeful historic record. This aspect of the book is a counter-legacy of false starts and resistance to the internet’s neoliberal capture, such as Al Gore’s advocacy of dual private-public internet ownership (before being absorbed into Bill Clinton’s administration). In these segments, Tarnoff offers hopeful green shoots of what a truly social internet could be, such as community broadband co-operatives—initiatives that put accessibility, cost, and performance before the needs of shareholders or unaccountable company boards.

Internet for the People is unusual for setting out a powerful moral and political case for a public internet. If you do not have broadband access—as is the case for millions of Americans, for example—you will have difficulty attending classes online. Jobs are harder to find, and you will miss the benefits of easy connections with faraway friends and family. These aspects of modern living allow us to live fuller, richer lives; yet, as Tarnoff writes, many are needlessly deprived of this existence by the profit motive.

From the beginning, Tarnoff is clear about what this book is and what it isn’t. As with previous efforts to broach similar topics, Internet for the People is careful to avoid specificities over what a ‘People’s Internet’ would (or could) look like. There’s a criticism to be made of this as a practice: Marx’s decision to avoid writing ‘recipes for the cookshops of the future’ was always a handy one for him since, inevitably, someone else will have to, and this not something Internet for the People sets out to achieve.

Instead, Tarnoff’s demands lean into the methodological rather than the prescriptive, focusing on the need for experimental approaches towards developing alternatives and creating environments that enable this experimentation. Notably, this departure from the descriptive solutions common to socialist literature comes from someone with a background in technology, where iterative development methods have been normalised over the past two decades. There is a call for the Left to engage in broad cooperation, drawing ideas from precedents like Community Wealth Building and the Technology Networks established in the eighties by the left-wing Greater London Council.

The solutions to many of the problems outlined in Internet for the People require state power at a level which is at least national—particularly parts of the internet further down ‘the stack’, such as broadband infrastructure or cloud servers. Other smaller-scale projects could be picked up or prototyped as the Left takes power at a local or municipal level. Without the funding granted to us by democratic powers, it’s difficult to imagine self-funded, prefigurative projects posing a credible threat to tech giants with well-funded growth teams, network effects, and economies of scale on their side.

These are significant barriers to success, and the sheer advantage of incumbency afforded to existing tech giants shouldn’t be skirted over (even if the book successfully illustrates how the much-touted solution of ‘breaking up monopolies’ is far from a silver bullet). But with an open-source, ‘side project’ culture within tech, and an active base of socialists willing to give time and effort for worthwhile projects in the socialist movement, the idea of coming together to develop ideas and share skills to prototype digital utilities and tools for a better society doesn’t seem too far-fetched.

From gig economy workers demanding better working conditions in the IWGB to the Communication Workers Union—the union for broadband engineers—pioneering a flagship policy of free, nationalised broadband, a clean split does not exist between moral pushes for a ‘better internet’ and the ongoing fight for broader social change. In Eden Medina’s Cybernetic Revolutionaries, the example of Project Cybersyn—an economic management system built in Salvador Allende’s Chile—is used to illustrate how technology is shaped by the society it is developed in. At the same time, these historic examples work to demonstrate how technology shapes political history by making different actions possible.

After having powerfully mapped the conversion of a pioneering collective endeavour into a booming enterprise with the bipartisan support of Washington, Tarnoff ends Internet for the People by reminding us that ‘to remake the internet, we will have to remake everything else.’ He is right, and it would not be a terrible idea for the labour movement—and for socialist technologists within it—to begin properly discussing and developing the tools which could aid us once we get there, but also what will help put us in the right direction.

Ben Tarnoff’s Internet for the People: The Fight for Our Digital Future is published by Verso.