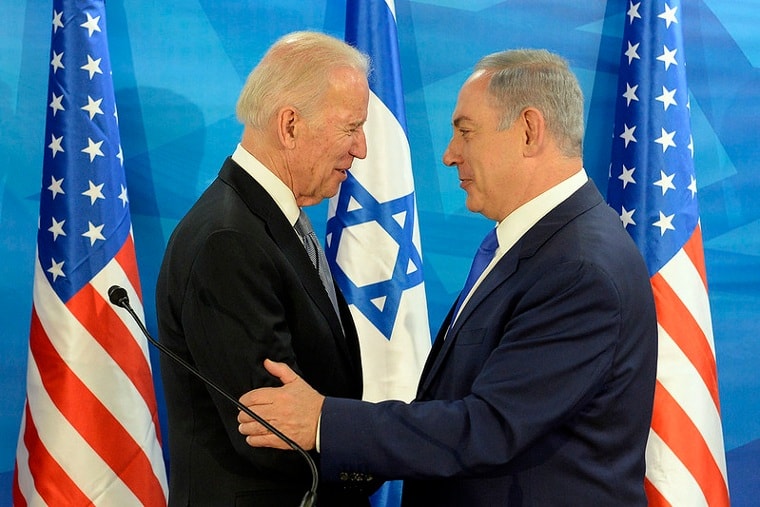 US president Joe Biden spent last week shoring up a growing partnership between the apartheid state of Israel and the murderous dictatorship of Saudi Arabia.

In a trip to the Middle East—his first since he was elected president in 2020—he hoped to cement US power in the region against challenges from Iran and China. His trip meant reviving false promises of support for a Palestinian state—while in practice throwing them under the bus.

Biden began with a trip to Israel, which keeps Palestinians living under an apartheid regime of military occupation and racist laws. He said the relationship between Israel and the US was “deeper and stronger in my view than it’s ever been.”

Biden also said the US was still committed to a so-called “two state solution,” which promises Palestinians a state on scraps of land currently under Israeli occupation. But, he added, that the “ground is not ripe at this moment”.

It followed a pattern US presidents have used for more than 30 years. The US co-opts leaders of the Palestinian Authority by holding out promises of a state in the distant future. In reality they allow Israel to extend its occupation by building settlements on Palestinian land.

In talks with Israeli politicians, Biden didn’t demand a freeze on building Israeli settlements on Palestinian land. He didn’t even raise the issue of the Israeli killing of Palestinian-American journalist, Shireen Abu Akleh earlier this year.

His real goal was to push the growing, unofficial alliance between Israel and Saudi Arabia further. Saudi Arabia’s rulers say they will never have “normal” relations with Israel until Palestinians have a state. In reality it is an open secret that Saudi Arabian and Israeli officials cooperate closely against their shared rival, Iran.

And, to coincide with Biden’s visit, Saudi Arabia announced it would open up its airspace to Israeli flights. Biden said it was “an important step towards building a more integrated and stable Middle East region.”

Biden once said Saudi crown prince Mohammed Bin Salman should be a pariah for ordering the murder of journalist Jamal Khashoggi. But on a visit to Saudi Arabia last week, he greeted Bin Salman with a fist bump and promised him the US’s full backing.

So—despite the language of “peace” and “stability”—Biden is all too happy to boost murderous regimes in defence of US power.