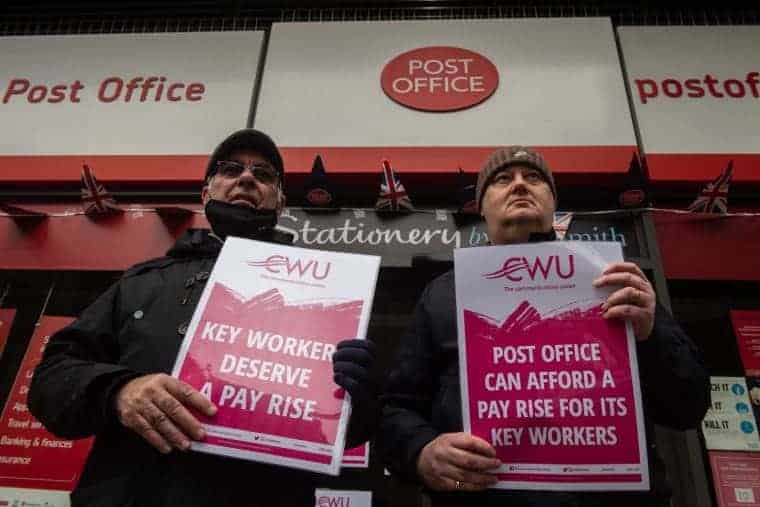 Tens of thousands of workers are fighting and striking for a pay rise to beat the cost of living crisis. It comes at a time when inflation nears 12 percent, and workers are being told to tighten their belts, and sit back and suffer the consequences of Tory austerity.

On the other hand, the bosses and corporations are thriving, with profits of the top FTSE companies growing 73 percent since 2019. For working class people, rents are up almost £100 month since last year, with the average monthly rent now standing at a huge £1,163.

Mortgage payments are on the rise too. Workers need a pay rise, but it won’t be handed to us. It has to be fought for and only strikes can deliver them. On Friday of next week and 1 August, 40,000 BT workers in the CWU union will walk out for the first time since 1987.

Post office workers—also in the CWU—will walk out for 24 hours on Thursday. Workers in the UCU union at Burnley, Manchester, City of Liverpool and Oldham colleges will disrupt induction weeks in September as they strike for pay.

Civil servants in the PCS union will ballot for strikes starting on 26 September, and nurses in the Royal College of Nursing and Unison unions in Scotland are completing consultative ballots. These fights could be joined by 115,000 postal workers in the CWU union, who are balloting for strikes. Working class people have a chance to strike a blow against the Tories and bosses.

We must build solidarity for all the upcoming strikes. These strikes must continue to be a launch pad for action in different industries and on a much larger scale.

Profits are through the roof, and working people can win pay rises through industrial action. And we can also push the Tories into retreat at a time when they’re split.