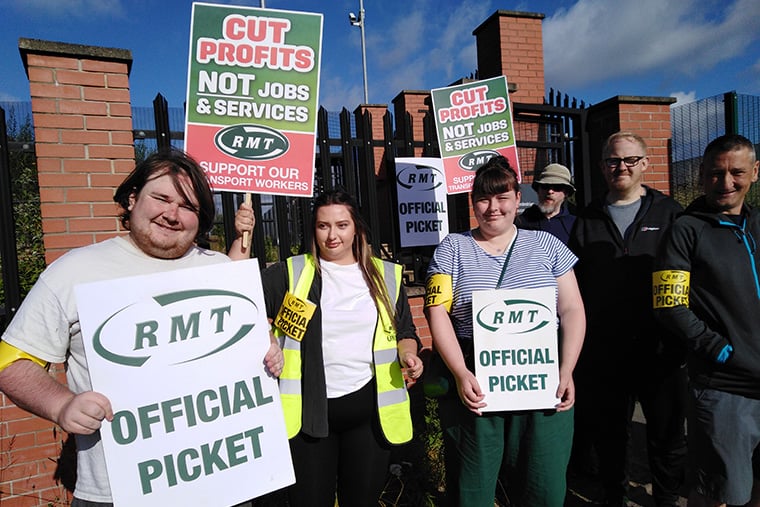 Inflation has risen to a 40-year high the day after the Tory government imposed pay cuts on NHS and school workers. The CPI rate of inflation hit 9.1 percent last month, the Office for National Statistics said on Wednesday, as food, energy and petrol prices rose.

Over one million NHS workers, including nurses, paramedics and midwives, would receive a pay  increase of £1,400 under the Tory plans.

The Royal College of Nursing (RCN) national executive council held an emergency meeting on Tuesday night and voted to move straight to a strike ballot. Unison, GMB, Unite and the other health unions should follow its lead and announce statutory strike ballots.

Dentists and doctors, who would receive a 4.5 percent pay increase, have called a protest in London on Monday.

Meanwhile, teachers would get a 5 percent increase, the Tory government said after recommendations from the School Teachers’ Review Body.

The NEU and NASUWT school workers’ unions have slammed the pay offer. Kevin Courtney, joint general secretary of the NEU, said it amounted to “yet another huge cut” for teachers.

He said the government had been “forced” to drop a previous proposal of a 3 percent increase, but had not “moved far enough”. “With RPI inflation,” he said, “experienced teachers would see a bigger pay cut than the one inflicted by last year’s pay freeze. “And even the increase to starting pay is below inflation so is a real-terms pay cut.”

Courtney added that the 8.9 percent rise for beginner teachers did not “really shift the dial” on the recruitment crisis.” He said the NEU would consult members on strikes in the autumn with “the largest ballot of teachers for a generation”.

NASUWT has previously said it would hold a national strike ballot if the Tories failed to “deliver pay restoration for teachers”.

A shift is taking place within the class struggle with more unions moving towards industrial action.

Every socialist, trade unionist and campaigner needs to throw themselves into building solidarity for the rail and BT workers’ strikes this summer.

CWU union members at BT and Openreach plan to strike on Friday of next week and the following Monday, 1 August.

Do a workplace collection for the strikes and go down to the picket lines with workmates and your union banner. And activists have to fight to spread the action to their own workplace and sector.

The union leaders shouldn’t move at the usual snail’s pace of consultative ballots, weeks of talks, statutory ballots and then more talks followed by a one-day strike.

And, while they’re still balloting for strikes, unions could call for protests, marches and rallies to mount pressure on the Tories and build the yes votes.

There is a huge opportunity to hurl back the Tories’ and bosses’ assaults on working class people.