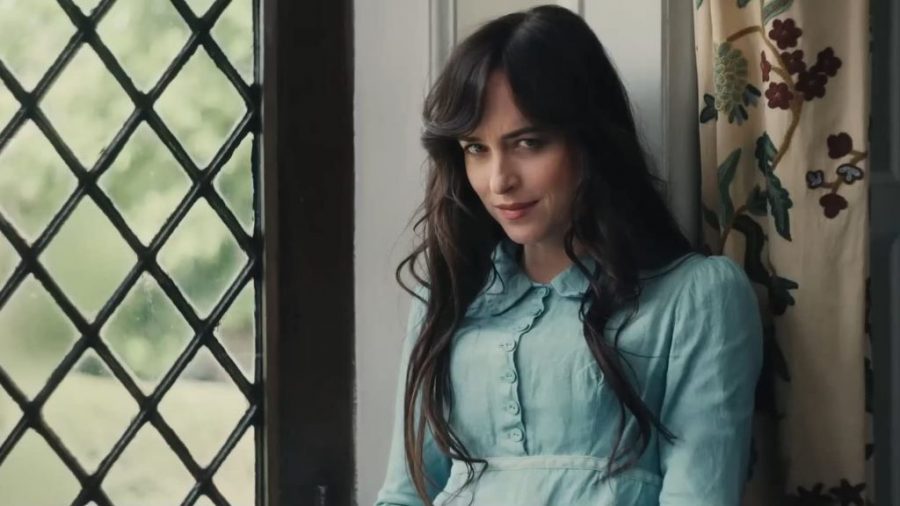 The new Netflix movie version of Persuasion, Jane Austen’s finest novel — the last one completed before her death at age forty-one  — is so stupid it’s become the occasion for many scalding reviews. One of the most-quoted is entitled “Everyone involved should be in prison: Netflix’s Persuasion reviewed.”

This version of Persuasion is the sadly inevitable end point of many years of Andrew Davies–ing Jane Austen adaptions. Davies, who wrote the justly revered six-episode BBC version of Pride and Prejudice (1995), initially seemed like just what the doctor ordered. He’d cracked the code when it came to bringing out the excitement in apparently decorous Austen narratives: lively outdoor scenes (horses galloping, carriages racing), boudoir interludes with characters in a state of semi-undress — and most important, the famous scene of Colin Firth as Mr Darcy throwing himself into a pond in a state of maddened longing for Elizabeth Bennet (Jennifer Ehle) and emerging with tousled, dripping hair and one of those blousy white period shirts plastered to his body. Decades later, wet young Firth lives on in millions of feverish imaginations.

He went on to do Austen’s Northanger Abbey (2007), Sense and Sensibility (2008), and Sanditon (2019) while also raising the temperature in other adaptations of period literary works such as A Room With a View (2007), Bleak House (2005), and Little Dorrit (2008), setting the popular standard for others to match or try to beat. Emma Thompson and Ang Lee actually did outdo him with their fabulous 1995 version of Sense and Sensibility.

With this new Persuasion, writers Ron Bass and Alice Victoria Winslow, along with director Carrie Cracknell, are working strenuously to beat the Davies standard by making Austen racier and goofier. However, they’ve so overdone the goofiness especially, the result has reached the point where there’s almost no resemblance to Austen works at all. Unlike Davies, they don’t seem to know the novel they’re adapting, or if they do, they have little interest in the characters or their situations in life or the society being represented. Davies, at least, seems to have had a warm affection for Austen’s creations.

They’ve taken a detour through Fleabag, for example, making the lead character Anne Elliot (Dakota Johnson) a hot mess with a disastrous love life that she snarks about to us in remarks directed to the camera. This nutty new version of the character punctuates scenes by taking slapstick comedy falls, chugging wine out of the bottle, and blurting out obnoxious things to people who stare at her uncomprehendingly.

From the time the Persuasion trailer came out, rage has been building over Anne’s pratfalls and clumsy lines like, “Now we’re strangers. No, worse than strangers. We’re exes.” That one’s particularly maddening, because it’s actually based on one of Austen’s best passages from Persuasion, as Anne assesses how hopeless any rapprochement with her lost love Captain Frederick Wentworth (Cosmo Jarvis) has become, due to emotional pain and resentment as well as societal constraints: “Now they were as strangers; nay, worse than strangers, for they could never become acquainted. It was a perpetual estrangement.”

The savage reaction to Persuasion 2022 might seem excessive — it’s just one adaptation, after all — but the thing that makes such a reception interesting is the fact that most Austen devotees aren’t the “purists” people carp about. We actually have pretty lax standards about movie adaptations. I’ve seen four versions of Emma, for example, and find I can enjoy them all — the Kate Beckinsale Emma, the Gwyneth Paltrow, the Anya Taylor-Joy, and the Alicia Silverstone (that’s Clueless to you). We all agree the legendary BBC Pride and Prejudice is great, obviously, but whomst amongst us cannot kick back with Bridget Jones’s Diary on occasion?

Given this tolerant and accepting attitude, you can imagine it takes something pretty monstrous to bring out the torch-bearing mobs like this new Persuasion is doing.

For one thing, it’s Persuasion. That’s serious business. Fuck around with Sense and Sensibility all you want, but hands off Persuasion unless you’re going to give it some real thought. Austen’s most pensive novel has at its center a portrait of the melancholy Anne Elliot who, at age twenty-seven, has been consigned to spinsterhood and looks back upon her life with regret. The trouble began when, as an inexperienced young woman of rank and fortune — though her silly father Sir Walter Elliot was quickly squandering it — she was persuaded to turn down the marriage proposal of a youthful naval officer she loved, who had no wealth or status to offer. Her heartbreak becomes even more acute when he returns eight years later as Captain Frederick Wentworth, now rich enough to be considered a very eligible suitor. He’s interested in marriage, but not to her — the woman he dismisses as a faded creature of weak character who once jilted him.

Her family is equally dismissive of her, because it’s clear she’s unlikely to make a stellar match that would elevate them all socially. Taking after their father, her sisters are frantic snobs, insistent on their own rank being slavishly honored and desperately currying favor with anyone outranking them. It’s a sharp satire in itself to portray Anne as shrugged off and shunted aside though she’s the only family member with the qualities supposedly admired in Georgian society, especially in women — quiet elegance, gentleness, refined sensibilities. From the margins where spinsterhood has placed her — a place occupied by Austen as well — Anne is mainly an observer of an appalling social world mad about wealth, position, and showy displays of both.

“Persuasion” itself is the key concept of the novel — not just the main act of persuasion that prevented Anne’s marriage but all sorts of myriad acts of persuasion that elucidate power struggles. For example, the first one: how to persuade Sir Walter (Richard E. Grant in this version) — the undisputed head of a landed estate with control over many lives, no matter how vapid he is — that he must economize, when all he cares about is making a great display of his own wealth and handsomeness? By convincing him to rent out his house so he can make an even more glittering impression for less money living in Bath, the spa town and popular getaway for the upper classes.

As Anne is pushed to reemerge socially by the movements of her family, she begins to meet other people who can appreciate her more. But greater attention paid to her puts Anne back at the center of dangerous rhetorical gamesmanship, such as the sudden charm offensive of her wealthy cousin William Elliot (Henry Golding), who’ll one day inherit Sir Walter’s title, and the pressure from her family and respected family friend Lady Russell (Nikki Anuka-Bird) to make this last-chance advantageous match. Only to Anne does the apparently ideal William seem too good to be true.

Or as Dakota Johnson’s Anne Elliot puts it, smirking into the camera, “He’s a ten. Never trust a ten.”

In a far superior film version of Persuasion made in 1995 and starring Amanda Root and Ciarán Hinds in the lead roles, Anne only discovers what’s wrong with William Elliot by developing greater determination to follow her own judgment and resist her family’s blandishments and bullying. She insists on visiting an old friend in Bath who’s widowed, fallen into poverty and ill health, and requires the spa treatments the town advertises, which horrifies her status-hungry father and sisters. As in the novel, the old friend with the plain undistinguished name of Mrs Smith is the woman with hard-earned knowledge of unpleasant realities so often kept from sheltered upper-class unmarried women. She tells Anne about the cold, calculating, mercenary nature of her cousin William, warning her off just in time.

The new version of Persuasion has no Mrs Smith sequence, of course. Mrs Smith doesn’t make the narrative hotter or goofier, so she’s out. But she’s crucial to the Austen project, which always involves key climactic scenes in which an intelligent but sheltered young woman gains information vital to her own well-being — often from some more worldly person who’s finally prepared to spill it. Usually the truth involves areas of knowledge made inaccessible to women: men’s cynical sexual transgressions that destroy women’s lives and everyone’s cynical financial maneuverings that are the actual motivations for nearly everything, hidden under a social veneer of genteel mannered charm.

One of the key problems addressed in Austen narratives is that it was almost impossible for young women to acquire either a serious education or a full range of experience, making it difficult for them to develop good judgment. As the father Mr Bennet says carelessly of his own five daughters in Pride and Prejudice, not long before his family is going to pay a high price for his carelessness, “They are all silly and ignorant, like other girls . . .”

It’s worth reading the landmark essay by early feminist Mary Wollstonecraft, “A Vindication of the Rights of Woman” (1792), as a context for Austen novels, just for the diatribe against the deliberate stunting of women’s development, keeping the majority of them childlike, ill-educated, untraveled, and domestically trapped all their lives. Austen, who like Wollstonecraft advocated for rational, sensible, well-informed adult women who can navigate a treacherous world with greater independence, tends in her novels to demonstrate how difficult it is to chart such a course when all the conditions are against the maturing girl from the start.

In other words, as satirically funny as Austen can be, there are always serious concerns in her work, and Persuasion is her most serious novel of all. We don’t mind a little Andrew Davies–ing, which is now standard. But the moronic Fleabag-ing is unacceptable.