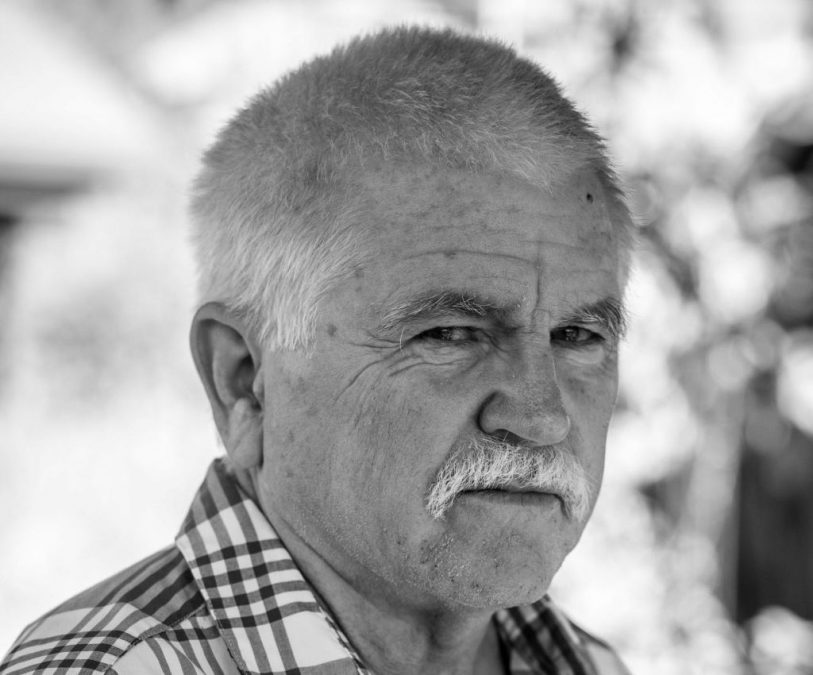 Legendary socialist writer Mike Davis used to put a prompt to his students: If you had a B-52 with unlimited tonnage, what ugly, antisocial buildings would you bomb? We put the question to urbanist thinkers who have been inspired by Davis’s writing.

The radical polymath Mike Davis published his first article in this magazine in the fall 2014 cities-themed issue, “Paint the Town Red.” Coincidentally, that issue was also my first foray into writing for Jacobin and the first print issue of the magazine I had seen. (Of course, I immediately became a subscriber.) Finding Davis’s byline in the table of contents was exciting. I don’t know him personally, but I always want to know what Mike Davis thinks about everything, particularly anything having to do with urban life and death.

Davis has covered a mind-bending range of topics over the course of his roughly four decades of writing, but some of his best-known work is in the mode of urban critique, particularly of Los Angeles. His book City of Quartz became a surprise best-seller, pillorying the Los Angeles police state in all its manifestations while illuminating its ever-present histories of resistance. In his most recent book, Set the Night on Fire, Davis and coauthor Jon Weiner resurrect the ferment of Los Angeles in the 1960s.

But Davis also wrote important books on San Diego (Under the Perfect Sun, with Jim Miller and Kelly Mayhew); on the political economy of informal housing for the poor around the world (Planet of Slums); on histories, threats, and visions of large-scale urban destruction (Dead Cities); and on Latino modes of urbanization (Magical Urbanism). Unlike the bland schlock that often passes for “urbanism,” his critique is razor sharp and unsparing, and always points to the possibilities for a better future.

So when I read Davis’s article “B-52 Radicalism,” I was somewhat prepared for what followed yet nonetheless satisfyingly scandalized. It begins:

In a not entirely facetious vein, I once taught a course at the Southern California Institute of Architecture [SCI-Arc] where every student was made to imagine they had a B-52 and unlimited bomb tonnage. Their assignment was the optimal improvement of the built environment through the destruction of the ugliest and most antisocial large buildings.

Jaw ajar, I read on to learn about his students’ perverse pleasure in plotting their targets. One “reasoned that we should ignore the ugly buildings and bomb their designers instead,” and he came to class prepared with their addresses.

This macabre game was lively, but it had its limits. “We were having too much fun to reflect on the fact that the system would immediately reconstruct itself with SCI-Arc grads seduced into business suits, or that avant-garde experiments depend on powerful private patrons.”

From there, Davis set his sights on his true target: the pillars that uphold private property. He takes readers on a quick tour of the previous years, playing out a counterfactual in which Wall Street Occupiers took seriously the ideas of progressive journalist Henry George and his Marxist critics, and the Barack Obama administration had been pushed to convert the United States’ financial and real-estate sectors into public ventures.

Returning to reality, he turned to the conditions facing US cities today.

Let’s be blunt: unregulated real-estate speculation and land inflation and deflation undermine any hope of a democratic urbanism. Land-use reforms in themselves are powerless to stop gentrification without more municipal ownership or at least “demarketization” of urban land.

The public city is engaged in a life-and-death struggle against the private city, and it’s time to identify large-scale private property as the disease.

“Bombs away,” he closed the essay

Eight years later, and with news of Mike Davis’s ill health making the rounds among leftists who have benefited from his work over the years, that command still sticks with me. Part of it is the sheer gall of it all. When I worry about whether or not I can get away with writing something, I sometimes think of “B-52 Bomber Radicalism,” and whatever ostensibly controversial thing I planned to say seems pallid by comparison.

But it’s much more than moxie that gives this essay its staying power. Its premise recalls Mikhail Bakunin’s insistence that “the passion for destruction is a creative passion,” or the closing call of the labor anthem “Solidarity Forever” to “bring to birth a new world from the ashes of the old.” Much as we might like to accentuate the positive, we’re going to need to tear down in order to build up.

In this essay and in much of his work, Davis situates the city as a warzone. Sometimes the war is literal, and sometimes it is metaphorical. Here he pits the actors as the “private city” versus the “public city” — the dual faces of municipalism under capitalism. Rather than avoid this conflict or imagine the two can coexist through a proliferation of public-private partnerships, Davis urges us to join in the fray as partisans for public urbanity.

Over the years, I’ve put Davis’s prompt to other radical urban scholars and activists – though always with the caveat that we can assume no casualties, a distinction pointedly not made in “B-52 Bomber Radicalism.” (Sorry, Mike. Maybe one day I’ll have half your chutzpah.)

At the book launch for architect and writer Michael Sorkin’s final compilation, What Goes Up: The Right and Wrongs to the City, I closed our talk by explaining Davis’s incendiary premise to the audience and asking Sorkin what would be in his bomber’s sights. He began by praising Davis, his friend of many decades. (The love was mutual – when Sorkin died of COVID in March 2020, Davis attributed his work in urban theory to Sorkin “conscripting” him into it and called Sorkin “the most important radical theorist of city life and architecture in the last half century.”)

After a pause to consider the possibilities, Sorkin said simply, “Harvard Square.”

I recently put the question to a few radical urban theorists to consider in honor of Mike Davis: If you were in Mike’s classroom, what would you say?

Geographer Cindi Katz, author of the book Growing Up Global: Global Economic Restructuring and Children’s Everyday Lives, offered up a particularly offensive piece of twentieth-century urban infrastructure, with her leftovers reserved for an iconic twenty-first-century target:

With all of private property in my bombsights — hugs and fist bumps, Mike — I’m a daughter of the Bronx, so I will drop my payload on the Cross Bronx Expressway (CBE), a planning travesty and piece of public infrastructure that divided the Bronx, displaced thousands, and built on racialized class divisions to make them harsher, steeper, and uglier. And speaking of ugly, the “planning” process [for the expressway] was quintessential Robert Moses: dishonest, corrupt, capital accumulative; with lasting environmentally destructive effects; an eyesore amid residential neighborhoods and a source of endless pollution, intimate, local, and global. Feels great to even think of getting rid of the CBE. And while I head back to the airport, I’ll take out Hudson Yards just for the pleasure of its erasure.

Organizer Andrea Gibbons, author of the book City of Segregation: 100 Years of Struggle for Housing in Los Angeles, similarly set her sights on a piece of hostile infrastructure that had haunted her youth:

Chicken wire marked the US-Mexico border in my memories. I hated it even then, though people came and went easily as did migrating birds, coatimundis, jaguars. But now it towers deadly in steel and concrete, built from growing fear of human beings unable to sustain life in their own beloved lands due to two hundred years of violent US intervention and greed. It splits the Tohono O’odham nation, focuses violence, destroys all lifeways. I think Mike and I could happily bomb all borders and boundary walls, erase them from our maps. Though we never met, I will miss him.

Finally, I put the question to geographer Juan de Lara, author of the book Inland Shift: Race, Space, and Capital in Southern California. Lara has the distinction of once being Davis’s student and immediately saw beyond the bombast to understand what Mike was up to with this provocative prompt.

Mike’s thought experiment gave his students (me included) the freedom to blow up the ideological pillars that sustain injustice. Instead of a pessimistic politics of negation (in which we denounce what we don’t want), Mike has always reminded us that the tearing down of injustice is only important if we also do the work of imagining and building the life-affirming spaces that we want. Thank you Mike. Un abrazo.

Mike Davis, your work has changed the way your readers think, which changed the way we do our organizing and thus has changed the world. Lives may be finite, but the work endures, and yours will forever be studied, debated, and put to use in service of socialism and liberation, of labor and ecology. Bombs away.