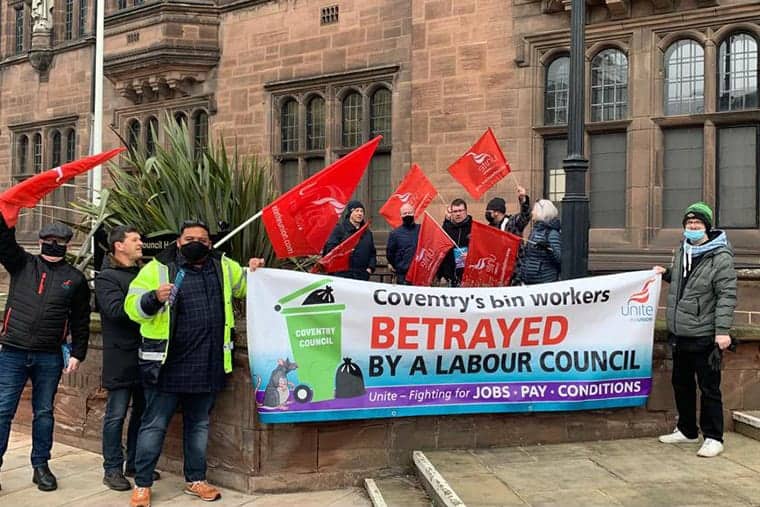 The Labour Party is a toxic, horrible place to be—especially if you’re on the left. Labour members and activists hardly needed a formal inquiry to tell them that. But the publication of the Forde Report this week does confirm it.

The report examines factionalism and allegations of sabotage by senior right wing staffers against Labour’s previous, left wing leadership of Jeremy Corbyn. It’s also an assessment of the general culture at the top of Labour’s structures.

It finds, among other things, “serious problems of discrimination in the operations of the party.” While senior officials exchanged messages laden with “overt and underlying racism and sexism,” headquarters staff failed to take complaints of Islamophobia seriously. There was a “racist, sexist and otherwise discriminatory behaviour and culture” in party workplaces.

It also found that Labour staff systematically and intentionally removed votes from Corbyn supporters ahead of his second leadership election. They even had a bell to ring whenever they expelled a “trot”.

Yet the report is not the silver bullet that the few remaining left wing activists still clinging desperately to Labour had hoped for. It does admit that Labour officials secretly diverted campaign funding to their favoured right wing MPs. But it doesn’t accept they did this to stop Labour winning the 2017 general election. Instead its conclusions are equivocal—a broad “both sides” condemnation that works to deflect blame from the right.

Keir Starmer and the right—now firmly back in control of Labour—can simply brush aside even its most uncomfortable findings.

Forde says accusations of antisemitism were “weaponised” by the right against Corbyn, but also by the left. Starmer had Corbyn suspended from Labour for saying something similar in 2020. He’s under no more pressure to reinstate him now. In truth, Starmer and the right can pick the bits they like and ignore the bits they don’t.

As Luke Akehurst, a leading right wing Starmer supporter on Labour’s ruling national executive committee (NEC) responded, they will “decide which of the 165 recommendations to accept and which are not helpful.”

There’s very little the left can do about that—and it’s not just because of the personal vindictiveness of the people currently in charge. The whole affair points to something much more fundamentally wrong with the Labour Party.

There’s one section of the report neither the left or right have commented on. It tries to address exactly why Labour staff—ostensibly neutral—were so hostile to the left. It notes—rightly—that “Throughout most of the Party’s history the majority of ordinary constituency members has been to the left of MPs, the Party leadership and often the NEC.”

Because the job of staff is to enforce that rule, “their position as gatekeepers of the Party rules has always given them a degree of power to advance a particular agenda.”

So, it adds, “There is a degree to which those on the Left of the Party who are committed to change will inevitably clash with permanent staff whose job is to enforce rules as they are. Many staff have often seen Left activists as a big problem for the Party.”

Activists will always be at odds with a Labour leadership and machinery whose focus on parliament instils them with hostility to the left—and the power to crush them. That’s why Labour is a toxic, horrible place for the left—and why they should leave it.