Home / News / We Still Have to Take Donald Trump Seriously 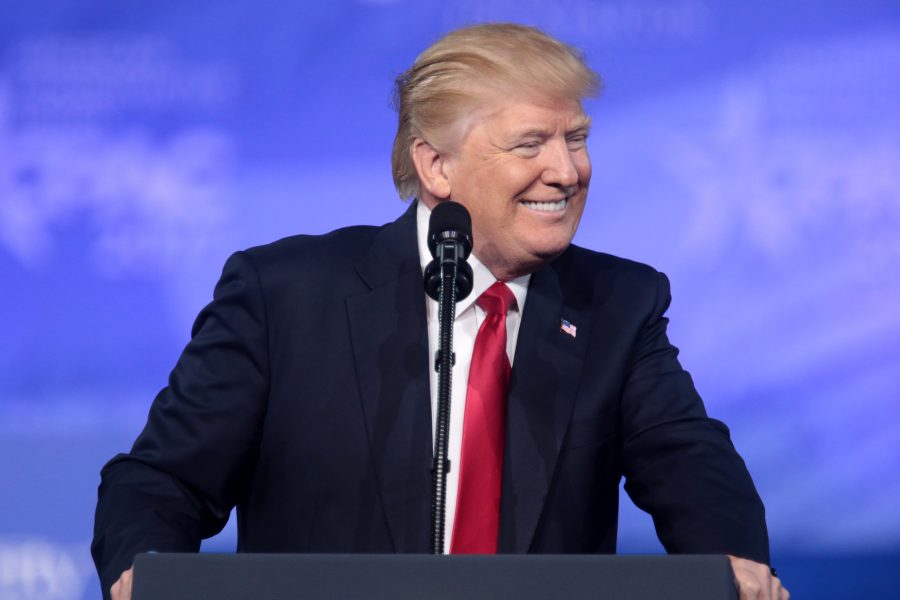 The Right’s plan to take the presidency in 2024 requires a candidate with a higher-than-average disregard for the truth. That’s why Donald Trump is still their man — a fact that should worry us all.

Last week, Donald Trump all but announced he will run for president in 2024. “In my own mind, I’ve already made that decision,” Trump told Olivia Nuzzi of New York magazine, adding that the main question for him was not whether he would run but whether to announce his campaign before or after the 2022 midterm elections. Trump has also been meeting with big donors to gauge support for a 2024 run, Politico reported.

It would be great if we could treat Trump as the loser has-been that in many ways he is. Does anyone really want to think about another four years of this? But unfortunately, we still have to take Trump seriously. He remains the most popular figure in the Republican Party by far. And more importantly, he’s the man the intersecting forces of right-wing activism and the right-wing judiciary need for 2024.

Any other ex-president who had achieved so little in office, who had lost the Electoral College and the popular vote by significant margins, who improvised a failed and ridiculous coup d’état, and who faced the real possibility of indictment and other serious legal problems across multiple venues might have considered sitting 2024 out.

But Trump is not just another ex-president. He left the White House just as much of an outlier as when he entered it. He’s never admitted to failing at anything, much less let failure alter his course. While it is always impossible to tell how much of his own rhetoric Trump believes and how much is bluster, he maintains that he was the legitimate winner of the 2020 race — something two-thirds of Republicans agreed with in a 2021 poll.

Recent reports say that Trump has lost support among Republicans, but the same polls those reports cite show that he is twenty-five points ahead of the next most popular potential candidate, Florida governor Ron DeSantis. DeSantis himself is a Trump protégé, and it is unclear whether and how hard he would be willing to campaign against Trump. Trump also continues to hold large, enthusiastic rallies across the country, ostensibly in support of some candidate or other who’s received his endorsement, but it’s clear Trump is always the star of the show. Given Trump’s popularity, his head start, his viciousness toward his rivals, and his financial independence, it is difficult to see many Republicans running against him — or doing well, if they do decide to challenge him.

Maybe Trump’s interview with Nuzzi is idle barking to distract from his failures in office and potential prosecution(s). And maybe he isn’t hosting rallies across the country to maintain his profile as a candidate but just to satisfy his pathological need for attention. And maybe Republican voters really will abandon him in 2024, the way some are telling the media they will. But it seems much more likely that this is all wishful thinking, that Trump will run and dispatch his stuffed-suit GOP rivals with little more than clever insults, just as he did in 2015, exerting about as much effort in the process as it takes to shoo away a fly.

If Trump does run again, that leaves one thing between him and the White House: Joe Biden. Biden insists he will run for reelection, despite two-thirds of Democratic voters saying he shouldn’t and potential replacements practically drooling at the prospect of taking his place. Biden, who failed to discipline his own party enough to pass any significant legislation and who refuses to leverage the power of executive orders — which could shore up unprecedented support by, for example, helping tens of millions escape student debt — is now less popular than Trump was at the same point in his presidency. With prices and rent soaring, wages stagnant, and any hope of more pandemic-era social relief reduced to a cruel joke, voters are in a pessimistic mood. Just thirteen percent say the country is headed in the right direction.

Biden does have a narrow lead over Trump in the polls, with 44 percent favoring him versus 41 percent for Trump. It’s an open question how well his lead can hold up once campaigning begins and people start to pay more attention to Biden’s failure to deliver. Meanwhile, it appears that the January 6 hearings have had no effect on Trump’s popularity.

Finally, we should consider the increasingly real possibility that Trump could become president even without winning the most votes in enough states to deliver the Electoral College. As I wrote earlier this month, there is a very strong chance the reactionary Supreme Court will issue a ruling next year that would give Republican state legislatures free reign in handing out their states’ electoral votes however they wish. That is, they could give their states’ electors to Trump even if Biden won the most votes.

Legislators and conservative activists have been preparing for this moment for some time, but especially since Trump’s failed 2020 reelection campaign, passing a raft of enabling legislation at the state level and stuffing supposedly nonpartisan elections offices with far-right conspiracy theorists. All the while, they drill into their voter base again and again that Biden only beat Trump because of massive fraud — fraud they insist they will stop from happening again.

When you put all the pieces together, it certainly looks like right-wing activists and a right-wing Supreme Court are laying the groundwork to seize the presidency in 2024, regardless of the real outcome. All they need is a candidate with enough bravado and arrogance to brazen through the obvious lies it would require. Someone like Trump.