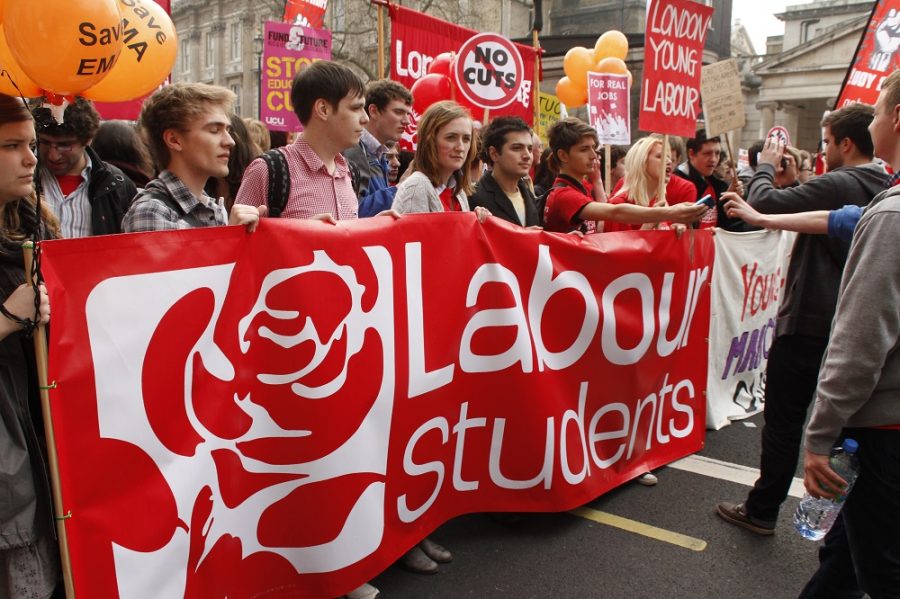 Labour Students has historically been a by-word for gerrymandering and neoliberal politics – but when ballots open next week, student members have the chance to refound it as a campaigning, socialist wing.

Before 2019, Labour Students was a by-word for anti-democratic gerrymandering and neoliberal politics. In the elections to the new democratised Labour Students this summer, student members of the Labour Party have the opportunity to refound it as a campaigning, liberated, and socialist student wing.

The old Labour Students was a hotbed of right-wing factional organising in the Labour Party. Its luminaries have included the likes of Wes Streeting, who as NUS President in 2008 opposed universal free higher education in favour of a system based on means-testing and student debt. From the post-2011 student movement into the Corbyn years when free education was Labour’s policy, Labour Students maintained an intractable opposition to free higher education for all at the point of use.

Where clubs needed resources to campaign on our vision of a free National Education Service, they got apologism for the marketisation of education. Where they needed the skills to win campaigns against this system, they got toothless awareness-raising. Where they needed an open space to discuss and develop their understanding of the world and how to change it, they got talks about tinkering with the system which shrank from the scale of the crises facing us.

The old Labour Students held on—against the rising political horizons of students tired of unpayable debt, skyrocketing rent, and poverty pay—by refusing to give student members the elections based on one-member-one-vote they were promised. By 2019, a heavy gerrymandering operation for the elections to its National Committee had triggered the mass disaffiliation of Labour Clubs from the organisation, culminating in its dissolution by the NEC.

But throughout the years of stitch-ups and sellouts in which the careers of many ‘rising stars’ were built, so too was the campaign for a different Labour Students. With the election of Fraser Amos and Nabeela Mowlana as Young Labour Student Reps and the winning of a democratic student section of the party, that campaign has presented an opportunity to remake a Labour Students which gives real answers to the crises facing us.

We’re standing as Socialist Future candidates for Labour Students’ National Committee to complete that project and create the Labour Students that clubs and members have always needed, but never had. Five of us have already won unopposed—Dylan Lewis-Rowlands, Chloe Brooks, Joshua Freestone, Molly Bloomfield, and Nimah Ogas-Hersi, representing Wales, the North West, the North, the East, and London respectively for the next two years—for the regions and nations which the right lobbied hard to block. We’re going to use these positions to work closely with local clubs and members to build a socialist student wing from the bottom up.

Ballots open on 25 July, and these elections are taking place in the midst of profound and inseparable crises. Living standards are collapsing, the climate is in catastrophe, and hard-won democratic rights and freedoms are being chipped away.

All these crises are connected by a system which demands ever more from us in work and rent, energy and time, to grow the wealth and power of the very few and divide and rule the many. Students struggle to balance work and study, to meet rent payments, to compete harder for less until we break under the pressure. And politicians, including from the Labour Party, work to stoke resentment against our trans, Muslim, and marginalised comrades.

Across the country, thousands of us are beginning to say enough is enough. The RMT is at the forefront of an emerging wave of industrial action stretching from call centre workers to junior barristers, which threatens to turn the tide in our favour. We’re standing for a Labour Students which joins that fight to raise our conditions of work, study, and life.

We’ll work with our clubs and activists to develop our capacity to organise on our campuses, in our workplaces, and in our communities. We’ll stand with the UCU and fight across the labour and student movements for a collective vision of education as a public good: free, decolonised, and accessible for all across the labour and student movements. We’ll use Labour Students’ new National Conference to decide on national priority campaigns, providing resources and support for clubs to lead on campuses across the country.

We’ll build on the election of the first ever trans rep within Labour Party structures to build a welcoming home for those let down by the party. Following on the work of Sheffield Labour Students in electing councillors like Nabeela Mowlana and Minesh Parekh, we’ll support students to elect candidates that represent our needs and experiences. In the Labour Party and on our campuses we will be a force for the ambitious Green New Deal we need to win a socialist future.

The current system isn’t working, and Labour exists to offer an alternative. We need the new Labour Students to bring together skills, ideas, and experience from across our movement, and make sure that alternative is a socialist one.

Over the next few weeks, Socialist Future candidates will be setting out manifesto pledges. Follow them on Twitter and sign up to support the campaign at socialistfuture.com.