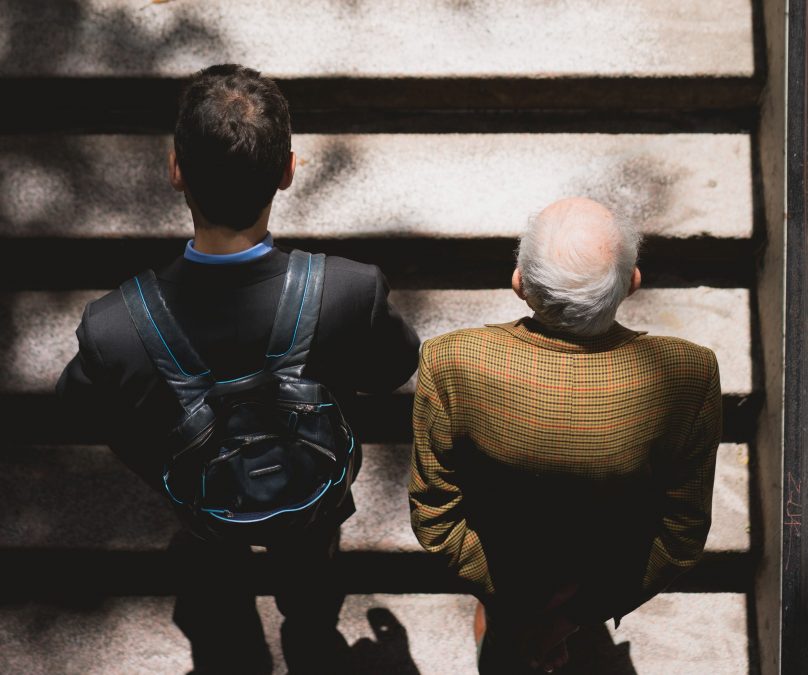 The media tries to pit the old against the young in a generation war – but the dividing line that really defines our society is the one between classes.

Those of us on the Left make a mistake if we imagine that ‘young’ means university educated and private renter. (John Moeses Bauan / Unsplash)

Anne Helen Petersen’s book Can’t Even paints a scene that will be familiar to many people under 40. Subtitled How Millennials Became the Burnout Generation, it focuses on the effects of late capitalism on young people: sky-high rents for small rooms in big cities; the constant grind of applying for jobs or pitching articles in an unforgiving marketplace; and vertiginous amounts of student debt with little hope of paying it off.

However, as Petersen admits in the preface, ‘only 39 percent of [US] millennials have a college degree’. Yet despite this, Petersen’s analysis is taken to hold true for all millennials, not merely for that small fraction who attended residential universities, and now live in big cities, aspiring to work in ultra-competitive industries such as media, academia, and politics.

Those of us on the Left make the same mistake if we imagine that ‘young’ means university educated and private renter. That is true for large numbers of under-40s in the UK, but only a minority: even today, fewer than forty percent of school leavers go on to study full-time undergraduate degrees.

There is a large section of young people for whom paying £9,000 a year for university, extortionate rents, and insecure work is simply not their experience. Nonetheless, around 65 percent of under 30s voted for Corbyn’s Labour in 2017, and around 55 percent two years later, so there is still broad support for left-wing policies among young people as a whole. But there is nothing inevitable about this, and there is an element of wishful thinking in a tight focus on generational change, as if we can put aside our worries because time is on our side. However, this is not the case.

As the economist and writer Keir Milburn has argued, quantitative easing and low interest rates have inflated asset prices—primarily housing but also pensions invested in stocks—whist stagnant wages and austerity have reduced real-terms incomes. Yet this is not neatly divided along generational lines: around one third of over-65s do not own a home (either with a mortgage or outright), whilst many under-40s can expect to imminently, as soon as gran dies.

A generational analysis also doesn’t consider the sizeable chunk of young people who went straight into work or an apprenticeship at 18, or studied part-time at a local university or college and lived at home while they did so. Many of these people—and they constitute over half of school leavers—have little to no student debt, and live in areas where rents and housing costs are more affordable: in towns such as Sunderland and Blackburn, for example, average house prices are ‘only’ five times the median salary (compared with eleven times in London).

Furthermore, by their very nature, generational inequalities are not permanent—as well as being caused by house price inflation, they have also been caused by increasing life expectancy. But older generations will eventually die and leave their wealth to their children and grandchildren; class inequalities, however, will remain.

A 2021 study by the Institute for Fiscal Studies found a strong correlation between young adults’ wealth and that of their parents. According to the report, ‘around half of the persistence in wealth across generations can be accounted for by the intergenerational persistence of education and earnings’ in transmitting wealth inequalities across generations, and ‘other factors such as saving rates or direct wealth transfers are significant too’.

Nor should we make the mistake of assuming that young people are uniformly or inevitably left-wing. As recently as the 2010 election, there was no significant difference between the proportion of 18-24s voting Labour (31 percent) and Tory (30 percent). This would suggest that rather than a long-term trend resulting from the sell-off of social housing and the returns for capital accumulation versus wages, the current youth support for the Left is more a more recent and possibly transitory phenomenon.

It is not beyond the wit of the Conservative Party to address some of the problems facing young people since 2008, and start to make inroads into the youth vote again: conservative-leaning thinktanks have already proposed measures including a partial ban on the overseas ownership of homes, and the creation of a ‘Right to Buy’ for renters. The government’s recently published housing white paper, which proposes a strengthening of tenant’s rights, signals that this pivot is already underway.

Besides which, as James Meadway has argued, there is no reason to think that young people’s negative experience of capitalism will be sufficient for them to embrace left-leaning politics. As academics such as Paul Gilroy and Gargi Bhattacharyya have argued, for people of colour, sometimes those who suffer most at the hands of neoliberalism are amongst the most steadfast proponents of that logic. With young people, given the decline in trade union membership (38 percent of trade union members are over the age of 50, with just four percent younger than 24) and other institutions that might incubate socialist ‘common sense’, it is perhaps no wonder that many young people think the response to difficulties is to work harder.

The right-wing thinktank the Legatum Institute found that 18-34-year-olds were notably more pro-business than their older counterparts, arguing that while opposition to capitalism is often presented as a preserve of millennials, ‘it is in fact those aged 35 and over who are most opposed to capitalism’. A recent poll by Redfield and Wilton Strategies, asking how the government should ‘balance its finances’, found that 16-24-year-olds are overwhelmingly in favour of spending cuts over tax increases.

Therefore the Left needs to focus on income and wealth rather than generation. The Labour Party should pledge to reverse Tory cuts to inheritance tax for the richest pensioners, stick to ambitious house-building targets, and promise to boost renters’ rights. It should also have an ambitious proposal on health and social care, such as free care for the over-65s and a £100,000 cap on personal contributions to other costs of a lifetime’s care, to attract the voters of older working- and middle-class people who have accumulated property wealth but have little in the way of cash savings. Given how many young people have the stated desire to be self-employed, it would also make sense for Labour to promise help for those starting their own businesses.

Crucially, it should frame these proposals as policies for the whole nation to help deal with the common insecurities faced by nearly all of us. Any kind of generational focus fuels the false dichotomy of ‘snowflake millennials’ vs ‘selfish boomers’ and only helps the Conservatives.