Home / News / Climate Change Is About to Cause a Viral Explosion 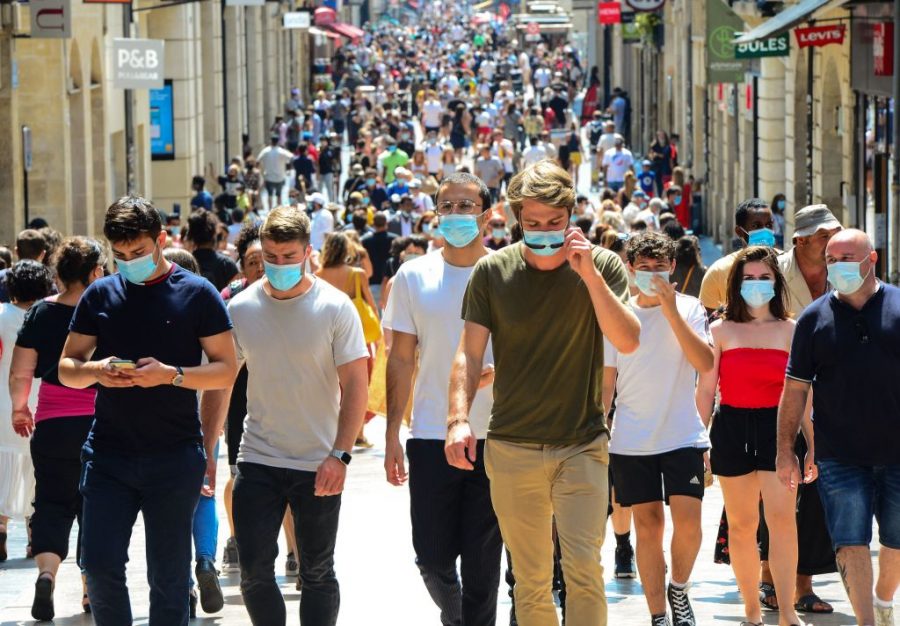 As climate change disrupts migration patterns, animals and the viruses they carry will come into unusual contact with each other — and inevitably with humans, unleashing new pandemics. The only thing that can stop this unfolding nightmare is a mass movement.

When animals migrate, be they butterfly kaleidoscopes or elk herds or bat cauldrons, they do so in response to ecological cues, which guide the manner and extent of the migration process. As climate change disrupts those cues, so too will it disrupt the migration of animals.

Climate change will thus deal a horrible blow to butterflies, bats, elk, and all manner of migratory animals. That’s tragic enough, but it gets worse: according to a recent study in Nature, this disruption will result in unusual interspecies contact, which will in turn cause new transmissions and mutations of viruses.

Through extensive modeling work, the study’s authors show that climate change will lead to altered migration patterns for thousands of animals, resulting in close to fifteen thousand new interspecies viral transmission events by the year 2070. In addition to having a massive ecological impact on the global fauna, this trend is of critical public health importance to us as humans, given that the majority of emerging infectious disease threats are zoonotic (transmitted by animal-to-human contact) in origin. The authors are cautious about predicting the probability of zoonoses into humans, but predict that geographies that are densely populated with humans will be future hot spots for interspecies viral transmission.

The study’s findings suggest that we are on the precipice of this mass-scale viral transmission event. The authors predict that the majority of these transmission events will happen between 2011 and 2040, indicating that many of them may already be taking place. While keeping temperature increases to within or below 2 degrees Celsius is a necessary goal, the authors predict that the accomplishment of this goal itself will not result in reduced viral sharing. In short, we’re probably stuck with massive changes in animal migration and vast quantities of viral transmission even if we slow climate change. However, there are other interventions we can make to stop the worst from happening.

In their model, the authors rely on a variety of land use scenarios — including alterations in deforestation, agricultural land usage, and human settlements — due to the uncertainty of how land is going to be used over the next fifty years. But none of that is inevitable. We can ensure that our land usage mitigates the impacts of climate change and prevents the emergence of the next pandemic. This can only happen if we’re able to take back control over how land is used, and democratically determine the best way to use it instead of leaving the decision up to capitalist markets.

Currently, our governments are beholden to corporate interests, which means that real estate and agribusiness have outsized influence over where and how land is developed. This has led to the unmitigated proliferation of sprawling housing developments, which often push deep into important ecological niches. This trend has already directly led to the destruction of 67 percent of coastal wetlands, which play a critical role in supporting local ecosystems, flood mitigation, carbon sequestration, and erosion control. In Brazil, Jair Bolsonaro’s far-right government has facilitated the rapid destruction of the Amazon rainforest to facilitate increased agricultural land usage. The Amazon is a massive carbon sink, and its destruction could make it impossible for the rest of the world to keep global warming from rising faster than 1.5-2 degrees Celsius.

Much of the work around preventing the destruction of important ecologies has been concentrated into nonprofits, whose environmental justice model has focused almost exclusively on bringing attention to the issues and hoping that those in power will take notice. That won’t cut it: we need to organize for political power ourselves.

Despite the daunting nature of climate change, there are examples around the world of people fighting for increased control over land usage to mitigate climate change. Although the ability to enact this legislation has been limited, the passage of the Law of the Rights of the Mother Earth in Bolivia represents an example of how control over land development may be implemented, and how it can be connected to the struggles of sovereignty for indigenous peoples.

There are domestic examples that serve as useful models as well. In Richmond, California, the Richmond Progressive Alliance (RPA) is in conflict with major real estate developers to prevent a massive luxury shoreline development project in Point Molate that would destroy the habitats of many shoreline birds. That fight isn’t unusual; what’s unusual (and worth emulating) is that the RPA also mobilized to win elected office instead of simply lobbying elected officials and seeking to win their sympathy. As a result, RPA-led city council members were able to directly prevent the signing of a development agreement, mitigating this potentially disastrous development.

Although winning elections and passing legislation are necessary, they aren’t sufficient on their own to democratize land development. If we don’t possess leverage to ensure that policies will be implemented, they will be easy for capitalists to circumvent. This leverage naturally exists in the workplace, especially in the construction trades. If the people whose labor produces corporate profits are organized and willing to withhold that labor, they can get capitalists to back off by essentially holding profits hostage.

In the 1970s, Australian construction unions declared “green bans” to block development projects that would cause environmental harm. These unions, led by socialists, recognized that their fight could not stop at better wages and working conditions — it had to challenge the unmitigated ecological disaster that capitalism was perpetuating. By organizing workers at the “point of production” for land development, we gain the ability to exert control over how land is used, even in the face of powerful development interests.

To mitigate the viral effects of climate change, it will be necessary for us to increase public investment in viral surveillance programs. To do that, we must reject austerity and demand that public funds be used for public safety. Three months before the Wuhan outbreak of COVID-19, the Center for Disease Control and Prevention axed funding to United States Agency for International Development’s Emerging Pandemic Threats PREDICT program, which had worked to establish extensive surveillance networks in clinical settings and monitor potential zoonoses. We can’t let this happen again. Going forward, it will be critical for us to fight for allocating public funds to such programs as climate justice demands.

Preventing large-scale viral spread will no doubt be a complex task. No matter how advanced the solution is, if we do not have the power to implement that solution we will be nothing more than loudmouthed heralds of destruction. Climate science does not have to be climate eschatology — but this is dependent on us recognizing the necessity of organizing a mass movement to save our planet.