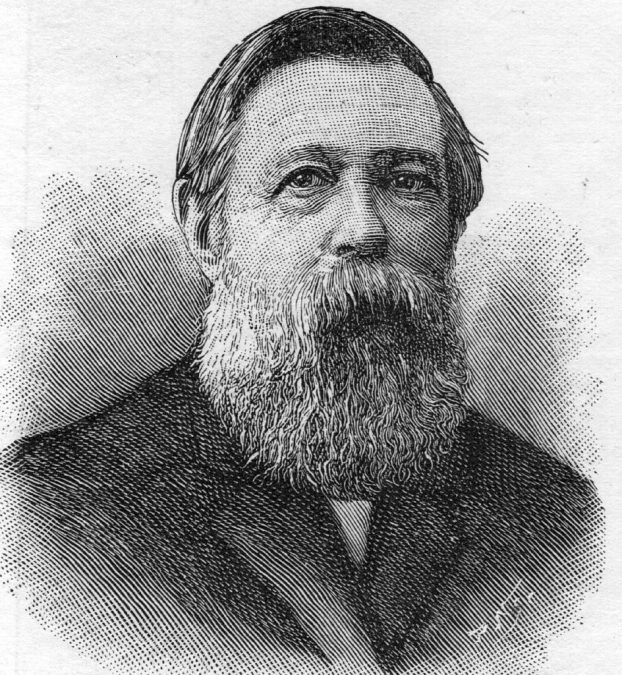 Friedrich Engels’ 1872 pamphlet ‘The Housing Question’ highlighted the mutual reliance between the housing crisis and the capitalism system in Victorian England. In the years since, that relationship has only deepened.

Frederick Engels’ pamphlet, ‘The Housing Question’, published in 1872, is astonishingly prescient. In it, he analyses the root causes of housing inequality and its endemic relationship to the capitalist system. He describes the squalid slums of the Victorian working class, breeding grounds for disease and early death.

150 years on, Covid has been referred to by a Labour councillor in Newham as ‘a housing disease’ because of how it disproportionately affected his borough, the one with the most overcrowded homes in the UK. In the aftermath of the fifth anniversary of the Grenfell atrocity and the ending of the public inquiry, Engels’ concept of ‘social murder’ continues to echo down the years. In 1872, as now, there was what Engels’ calls a ‘so-called housing shortage’, by which he doesn’t mean that housing scarcity was an illusion, but that, in the more recent words of Herbert Marcuse, ‘the housing crisis doesn’t exist because the system isn’t working. It exists because that’s the way the system works.’

Engels wrote the pamphlet in a period of socio-political volatility comparable with today. The 1870s brought huge industrial and technological development, but also deepening class tensions, reflected in the rapid growth of increasingly militant trade unionism. These forces were accentuated by a war in Europe, between Prussia and France, which led to the Paris Commune, an inspirational landmark in working class history.

The capitalist metropolis, fuelled by intensified domestic and imperialist exploitation, became the vortex of class conflict. The miserable housing conditions of the urban poor contrasted with opulent mega-development projects that displaced working class communities, much as they do today. As Engels writes in ‘The Housing Question’:

‘The expansion of the big modern cities gives the land in certain sections of them, particularly in those which are centrally situated, an artificial, often economically increasing, value; the buildings erected in those areas depress this value… because they no longer correspond to the changed circumstances… The result is that the workers are forced out of the centre of the town, towards the outskirts.’

These words would resonate loudly with the tenants of the scores of inner-city council estates currently threatened with demolition. But as we are likely to see again soon, waves of capitalist investment in housing are short-lived, which is why continuing to see ‘public-private partnerships’ as an answer to the housing question is such folly.

In 1873, a frenzy of over speculation brought a financial crash and an economic depression that lasted over a decade. By this time, Engels had given up paid work and moved from Manchester to London to be closer to Marx and more available to engage in the fierce debates within the labour movement about the correct political response to perennial capitalist crisis. ‘The Housing Question’ is partly a rebuttal of liberal and anarchist arguments for mediating the damage done by the capitalist housing market.

Engels was especially scathing of the proposition that private home ownership could immunise workers from housing precarity and misery. He maintains that the defining characteristic of capitalism is profit, derived from wage labour. All other social relations flow from this and as such, buying a home isn’t fundamentally different from any other form of exploitative commodity exchange. He warns against the ‘social quackery’ and moralism of those seeking to nullify or deny the intrinsic destructiveness of the capitalist housing system. He also dismisses the capacity of philanthropy to solve the housing question—something some people still look towards today.

However, the housing picture has changed since Engels was writing. During his time and until council housing began to offer an alternative, most people in the UK were private tenants. This influenced Engels’ economic analysis. He described fluctuations in rent, interest, and debt as of only marginal significance to most workers, whose daily struggles for survival pivoted around the workplace.

Of course, the battle for a living wage continues, exemplified by the current upsurge in strike action. But housing has become financialised in a way and on a scale that would have altered Engels’ perspective. The exponential growth of global landlordism, the significant (if currently faltering) expansion of buying a home with a mortgage, and the consequent significance of interest rates all have huge implications for working class people. Certainly, since the Second World War, buying a home has become a source of wealth building for many—but as Engels points out, it is inherently unstable, inequitable, and directly serves the interests of the ruling class.

A good example of this and another important way the subject has changed since Engels’ time is how housing has become a key ideological and political weapon in the capitalist armoury, epitomised by the Thatcherite Right to Buy, with its attendant and deliberate damage to council housing. The hegemony of homeownership and its intrinsic link to the consumer economy was summed-up by the playwright, Arthur Miller, when he explained his inspiration for writing ‘Death of a Salesman’:

‘I hoped it was a time bomb under the bullshit of capitalism, this pseudo life that sought to touch the clouds by standing on stop of a refrigerator, waving a paid-up mortgage at the moon, victorious at last!’

However, for an increasing number of people, buying a home is a non-starter and they have no alternative to private renting. But brutal as Victorian housing conditions were, tenants did not pay a third to a half of their income in rent, as is commonplace for private renters today. In ‘The Housing Question’, Engels describes how capitalism deliberately creates a situation in which workers live in a perpetual state of housing and employment insecurity. Today the UK government is, once again, pledging to end the ‘no fault evictions’ that blight the lives of private tenants—let’s see if they deliver this time, or if the necessary legislation will again be thwarted by the landlord lobby.

For Engels, there was no circumventing the essential class interests that define housing under capitalism. He would, I’m sure, be very critical of the current trend in some parts of housing policy discourse to reduce debate to factions of ‘NIMBYs’ versus ‘YIMBYs’. This vacuous form of analysis is being exploited by real estate interests to divide local communities and thus, make it easier to drive through more profit-hungry schemes. Rather, Engels would repeat his argument from 1872 that ‘the state as it exists today is neither able, nor willing, to do anything to remedy the housing calamity.’

For Engels, like Marx, the point was to change it. Grassroots organising and tenants’ unions are on the rise in Britain, but the strength of movement necessary to challenge the norms of capitalist housing still feels a long way away. In terms of party politics, certainly, neither the dismal Tory leadership candidates nor New Labour 2.0 have anything useful to say on the subject. To bring a change of direction, it will be necessary to campaign around the wider vision of the place of housing in society, advocated by Engels and described elegantly by Michael Roberts in Engels 200:

As the planet burns, building alternatives to this capitalist death-march has never been more urgent.