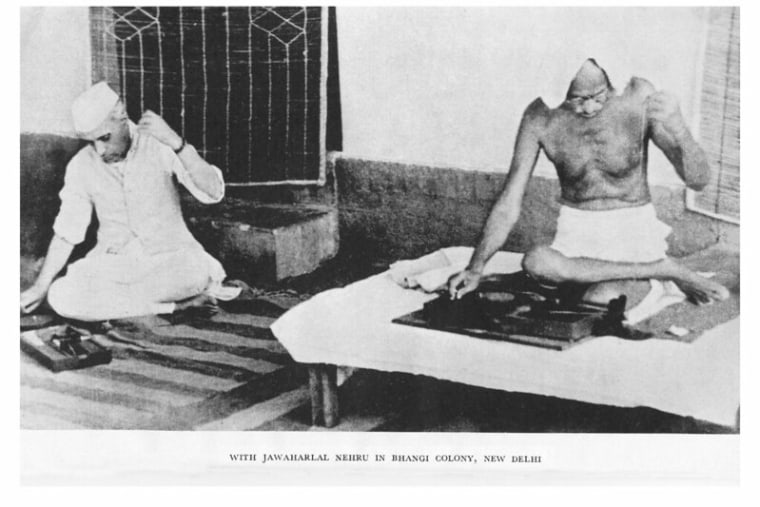 The brutal suppression of the Quit India movement was followed by a terrible famine that held Bengal in its grip in 1943 and 1944. At the time the British were proclaiming “Freedom from Want” as one of their war aims. Yet under their rule, between 3 and 5 million people died of starvation, exposure and disease.

As the imprisoned Congress leader Jawaharlal Nehru put it, the Bengal Famine was “the final judgement on British rule in India”.

The Famine had a number of causes—the great cyclone of October 1942, the impact of the War and the government preparing for a Japanese invasion. Famine stalked the countryside and thousands of the starving made their way to Calcutta where they inconveniently died in the streets.

British officials had to step over dead children on their way to a seventeen course meal in a restaurant. Starving children looked through the restaurant windows while the British feasted. Their plight was of no concern to the Viceroy Linlithgow until the presence of so many dying on Calcutta’s streets began to reflect badly on the administration.

And even while mass starvation gripped Bengal, the British allowed the continued export of thousands of tons of rice and wheat from the country. It was enough, according to one estimate, to have fed 2 million people.

Linlithgow was replaced as Viceroy by a military man, Field Marshal Wavell.

Prime minister Winston Churchill assumed Wavell would share his lack of concern for the fate of the Indian people. On his arrival, Wavell actually toured the streets of Calcutta incognito and was shocked by the suffering he saw.

He was appalled by the failure to provide effective famine relief and set about trying to remedy the situation. He could feed Calcutta, but at a level just barely able to keep people alive. Many survived—if that is the right word—on a ration of 800 calories a day.

In the countryside, however, people still starved to death in their thousands.

To his horror, Churchill put every obstacle that he could in the way. On one occasion when Wavell pleaded for assistance in person, Churchill responded that Indians bred “like rabbits” anyway.

As far as Wavell was concerned, if it was a European famine, the government would give “quite a different answer to the one that we get”.

Churchill actually told Wavell that Indians starving was “less serious than sturdy Greeks”. This was all hardly surprising when Churchill said that Indians were “the beastliest people in the world next to the Germans” and that Hindus in particular were “a foul race”. Even his Secretary of State for India, Leo Amery, was worried by Churchill’s “curious hatred of India” and concluded that he was “not quite normal on the subject”.

Indeed, on one occasion, he actually told Churchill that he did not “see much difference between his outlook and Hitler’s”. These conclusions, it is important to note, were not those of some “woke” liberal, but those of a right wing reactionary champion of British Imperialism.

The Bengal Famine has been pretty much written out of the history books.

It is too big a crime to be compatible with the idea that the Empire was in any way a force for good and so was forgotten. The terrible deaths of millions was effectively cancelled by the British ruling class and its agents.

Only in the last few years has it begun to be so much as acknowledged. Even today it is usually ignored or mentioned in passing as an event of not much importance.