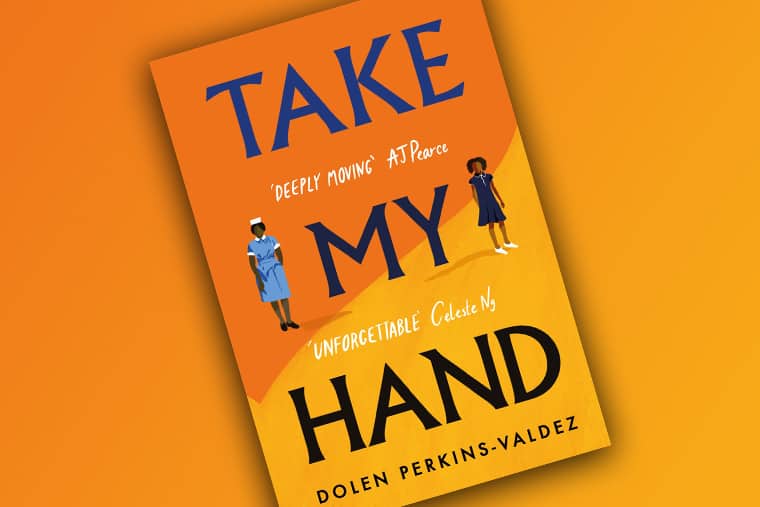 Take My Hand by Dolen Perkins-Valdez is a stunning novel

Take My Hand, the third novel by Dolen Perkins-Valdez, addresses the forced sterilisations of young black women and girls in Montgomery, Alabama. It is set in 1973, when the landmark Roe v Wade decision granted women some abortion rights.

It is inspired by, but not a retelling of, the case of the Relf sisters who were sterilised at just 14 and 11 years old. The sterilisations also happened after revelations about the Tuskegee “experiment.” Hundreds of black men were deliberately allowed to go untreated for syphilis for the purpose of research over four decades.

Perkins-Valdez says she was driven to write Take My Hand by the “silences in the African American archive”. Reading about the case she had wondered about the nurses who worked at the Montgomery Family Planning Clinic, who were all black. How could such a programme have happened on their watch?

So the main character in Take My Hand, Civil Townsend, is a young idealistic black woman from a middle-class background who lands her first job at the clinic. Her father, a doctor, worries about her safety, dealing with extremely poor families.

In her first week at work she is sent to meet and advise the desperately poor Williams family who live in a shack. Sisters India and Erica Williams have already been given shots of the birth control drug Depo-Provera even before puberty. India is very withdrawn and non-verbal.

At certain points in Take My Hand the mature Civil looks back from the year 2016 on what happened.

It is an extremely poignant and deeply moving device. In her desperation to do well by the family she knows she made mistakes, because she realises that she had failed to listen to their needs properly.

Take My Hand tears at the heart, because of the empathy for the girls and anger at what has been done to them. “Miss Civil. Oh, I hurt so bad,” Erica cries. “I thought we was coming for shots. But they done something to us. They say we can’t have no babies.”

Civil brings a court case against the federal government of Alabama. It is at the same time as the trial following the discovery of the Tuskegee experiment, which needs as many experienced lawyers as possible.

So the case falls to an inexperienced, but confident and ­determined white civil rights lawyer, Lou Feldman. During the trial it emerges that hundreds of girls across the US were subjected to similar brutality.

Take My Hand explores moral and ethical questions surrounding sexual healthcare, with implications for the way black women and girls are treated today. Perkins-Valdez notes at the end of this stunning novel that the forced sterilisation of young women continues in US prisons.

Take My Hand by Dolen Perkins-Valdez, published by Hachette, is out now