Home / News / The Rule of “Experts” Is Destroying Democracy 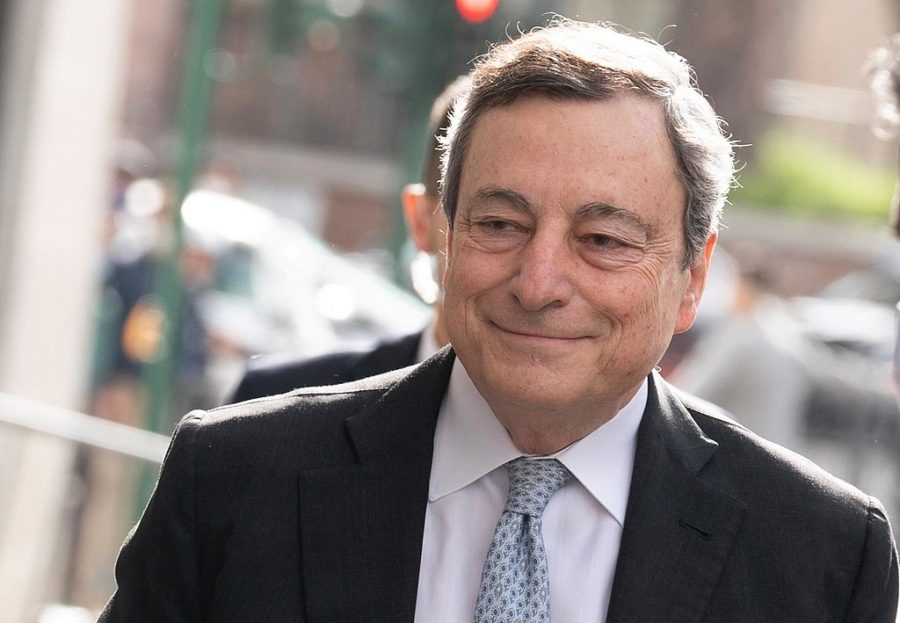 For three decades, Italian liberals have promoted technocratic neoliberal governments with no popular mandate. The effect is to hollow out democracy — and alienate the center left from its former working-class base.

Among the many topics to which Karl Marx devoted his interest, one of the less well-known is his critique of so-called “technical government” — that is, governments led by supposed “experts” not affiliated with political parties. As a contributor to the New York Tribune, one of the widest-circulation dailies of his day, Marx observed the institutional developments that led to one of the first such governments in history: the Earl of Aberdeen’s cabinet in Britain, from December 1852 to January 1855.

Marx’s reports stood out for their perceptiveness and sarcasm. The Times celebrated these events as a sign that Britain was at the beginning of a time “in which party spirit is to fly from the earth, and genius, experience, industry and patriotism are to be the sole qualifications for office.” The London-based daily called on “men of every class of opinion” to rally behind the new government because “its principles command universal assent and support.”

Similar arguments were used in February 2021, when Mario Draghi became Italy’s prime minister. The fanfare around Draghi, who had been governor of the Bank of Italy from 2006 to 2011 and president of the European Central Bank from 2011 to 2019, was akin to that of the Times in 1852. All conservative and liberal press organs, including those of the moderate left, joined in a crusade against the irresponsible political parties and in favor of the “savior” Draghi. With his resignation on Thursday, the experiment has once again come to an end.

In the 1853 article “A Superannuated Administration: Prospect of the Coalition Ministry,” Marx scoffed at the Times’ viewpoint. What the major British newspaper found so modern and enthralling was, for him, sheer farce. When The Times announced “a ministry composed entirely of new, young and promising characters,” Marx mused that

the world will certainly be not a little puzzled to learn that the new era in the history of Great Britain is to be inaugurated by all but used-up octogenarians, bureaucrats who served under almost every Administration since the close of the last century, twice dead of age and exhaustion and only resuscitated into an artificial existence.

Alongside the judgments on individuals there were others, of greater interest, concerning their policies: “We are promised the total disappearance of party warfare, nay even of parties themselves,” Marx noted. “What is the meaning of The Times?”

The question is unfortunately all too topical today, in a world where the rule of capital over labor has become as feral as it was in the mid-nineteenth century. The separation between economics and politics, which differentiates capitalism from previous modes of production, has reached a high point. Economics not only dominates politics, setting its agenda and shaping its decisions, but lies outside its jurisdiction and democratic control — to the point where a change of government no longer changes the directions of economic and social policy. They must be immutable.

In the last thirty years, the powers of decision-making have passed from the political to the economic sphere. Partisan policy options have been transformed into economic imperatives that disguise a highly political and reactionary project behind an ideological mask of apolitical expertise. This shunting of parts of the political sphere into the economy, as a separate domain impervious to change, involves the gravest threat to democracy in our times. National parliaments, already drained of representative value by skewed electoral systems and authoritarian revisions of the relationship between executive and legislature, find their powers taken away and transferred to the “market.” Standard & Poor’s ratings, the Wall Street index, and the bid-ask spread — these megafetishes of contemporary society — carry incomparably more weight than the will of the people. At best governments can “intervene” in the economy (sometimes, the ruling classes need to mitigate the destructive anarchy of capitalism and its violent crises), but they cannot call into question its rules and fundamental choices.

From February 2021 until his resignation last Thursday, Draghi was a prominent representative of this policy. For seventeen months he led a very broad coalition including the centrist Democratic Party, its longtime enemy Silvio Berlusconi, the populists of the Five Star Movement, and Matteo Salvini’s far-right Lega. Behind the facade of the term “technical government” — or as they say, the “government of the best” — we can see a suspension of politics.

This phenomenon is not new in Italy. Since the end of the First Republic in the early 1990s, there have been numerous governments with “technical” leadership or without political party representatives. These include the government of Carlo Azeglio Ciampi, previously governor of the Bank of Italy for fifteen years, from 1993 to 1994 (and subsequently elected to the office of president of Italy from 1999 to 2006); the government of Lamberto Dini, former director general of the Bank of Italy, after a long career at the International Monetary Fund, in 1995–96; and the government of Mario Monti, the former European Commissioner for Competition with previous relevant experience on the Rockefeller Group’s Trilateral Commission, the Bilderberg Group steering committee, and as an international adviser to Goldman Sachs, from 2011 to 2013.

In recent years, it has been argued that new elections should not be granted after a political crisis; politics should hand over total control to economics. In an April 1853 article, “Achievements of the Ministry,” Marx wrote that “the Coalition [‘technical’] Ministry represents impotency in political power.” Governments no longer discuss which economic orientation to take. Now the dominant economic orientations bring about the birth of governments.

In Europe in recent years, the neoliberal mantra has been repeated that to restore market “confidence” it was necessary to proceed rapidly down the road of “structural reforms” — an expression now used as a synonym for social devastation: in other words, wage cuts, attacks on workers’ rights over hiring and firing, increases in the pension age, and large-scale privatization. The new “technical governments,” headed by individuals with a background in some of the economic institutions most responsible for the economic crisis, have gone down this path — claiming to do this “for the good of the country” and “the well-being of future generations.” Moreover, the economic powers and the mainstream media have attempted to silence anyone who has raised a discordant voice.

Following his resignation, Draghi is no longer to be Italy’s prime minister. His majority has imploded because of the too-different policies of the parties that supported him, and Italy will go to early elections on September 25. If the Left is not to disappear, it must also have the courage to propose the radical policies necessary to address the most urgent contemporary issues, starting from the ecological crisis. The last people who could carry out a program of social transformation and redistribution of the wealth are the “technicians” — actually very political figures — like the central banker Mario Draghi. He will not be missed.