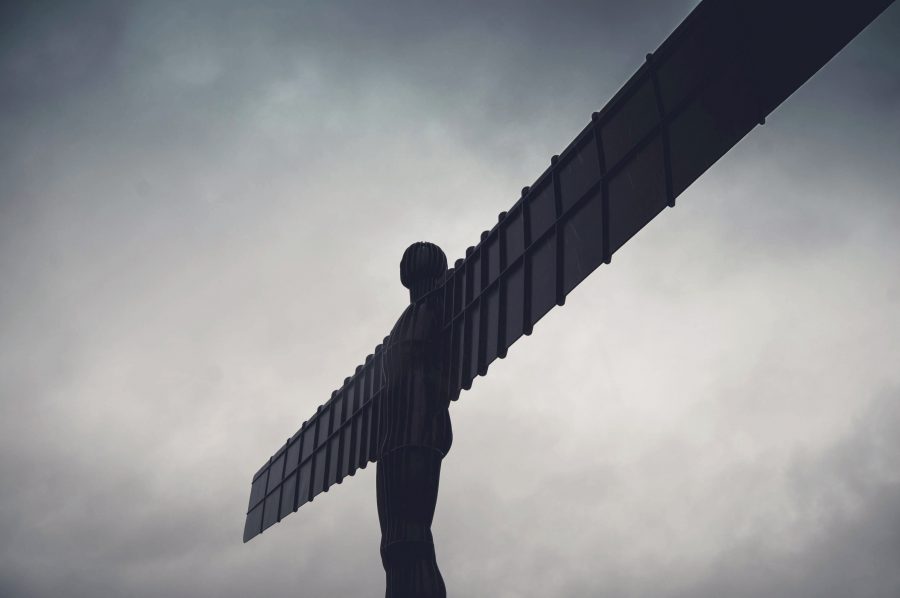 Since 2019 the public spending gap between the North and London has doubled – a reminder that government talk of ‘levelling up’ has so far been little more than hot air.

The Angel of the North in Newcastle, England. (Monica Garcia / Getty Images)

Three years ago this week, the new prime minister Boris Johnson stood on the steps of Downing Street and promised to ‘level up’ the country. Since then, the agenda has been heralded as a core mission of Johnson’s government. A new government department has been set up in its name, and a 300-page white paper detailing ambitious aims to tackle regional inequalities has been published.

The exact remit of the levelling up agenda has always been ambiguous. But what has been clear is that it was meant to speak to and address the grievances of voters in places that for too long had felt overlooked both economically and politically, including many in the north of England.

Yet despite the promises of Johnson’s government, new analysis by IPPR North has found that public spending in the North is lower and has grown less since 2019 than in other parts of the country.

As the Conservative Party now look to choose a new leader, there is a real danger that aspirations around levelling up will be abandoned entirely. Regardless of the failings of levelling up to date, under a new prime minister the agenda should be delivered on, not scrapped. The North deserves better.

Even more strikingly, the spending gap between the North and the capital doubled over the period—growing from a difference of £1,513 per person to £3,008 per person between 2019 and 2021. The lowest total per-person public spending in England was in Yorkshire and Humber, at £15,540 per person, and the lowest percentage increase was in the North East, which saw a sixteen percent increase.

The figures tell a similar story when we remove spending on the Covid support scheme and on health to allow for the impact of the pandemic. When removed from the calculations, we find that the North received £11,505 per person on public spending in 2021, an increase of two percent on 2019. The England average in 2021 was £11,524 per person, an increase of three.

Again, the highest spend and highest percentage increase was in London, which saw £13,442 per person, an increase of eight percent since 2019. In these calculations, which remove spending on the Covid support scheme and health, the gap between the North and London grew by almost 80 percent, from £1,081 per person to £1,937 per person over the 2019 to 2021 period. The lowest total per person public spending in 2021 was in Yorkshire and Humber at £11,049, and the lowest increase was in the North West, which saw an increase on 2019 of just one percent.

The North Has Been Let Down

These figures paint a stark picture of a region being let down both economically and politically. While increases in public spending across the country are welcome, there has been little to no evidence of levelling up policies in action. The fact that the North continues to fare worse than other areas of the country suggests that public spending over the last three years has largely been a case of business as usual.

This is a problem, both in terms of economic policy and basic fairness. For years there has been sustained underinvestment in the North and continuing financial pressure on northern local authorities, all of which has played into the country’s widening regional divides. Despite the rhetoric, these figures show that this has yet to be addressed.

The failure to deliver on levelling up is also a political problem. Evidence already suggests that people in the North are more likely to believe the government cares less about their area than others. Our figures demonstrate that they have good reason to feel that way.

A Vision for Levelling Up

The next prime minister has the opportunity to go much further to deliver on levelling up. While the evidence emerging from the Conservative leadership contest so far is not promising—with both candidates largely focused on debating the timing of tax cuts and paying only nominal lip service to the agenda—there is still time to flesh out a substantive vision for making spending across the country fairer.

At the very least, this should involve reversing cuts to local government that have been so damaging for many in the North, and reversing cuts to planned transport projects, including Northern Powerhouse Rail. The Levelling Up Bill should be a transformative piece of legislation, not merely one enabling the government can mark its own homework. Now is the moment to go big on opportunity, and future-proof the economy by investing in green industry and in skills and education across the region, as well as expanding and deepening devolution across the North.

If the candidates for the next prime minister of this country hope to serve for longer than their recent predecessors, they should listen to the North—and make unlocking the region’s significant potential their personal priority.