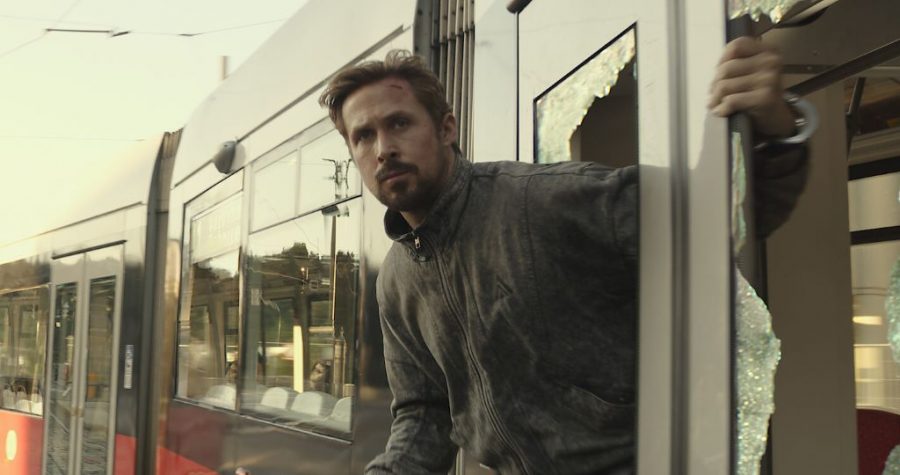 With its stock cratering and its audience shrinking, Netflix needs a savior. But The Gray Man, a bloated and boring $200 million action movie, is unlikely to be it.

What can be said for a movie as rote as The Gray Man other than it sucks and is a very odd choice for Netflix to pin a new business model on? It’s been widely reported that the lavish promotional campaign for the Netflix premiere of the company’s most expensive original film ($200 million) — after its nominal, barely there theatrical release — represents a test case for the company’s desperate new gambit. Long-noted for the bad quality of its productions, Netflix has been hemorrhaging subscribers for months, with its stock dropping a reported 70 percent this year.

So naturally Netflix execs are thinking: What better idea to get back in the black than to make an obscenely expensive action film of maximum triteness and pay a bunch of big-name actors a ton of money to dress it up a little — then spend an ungodly fortune hyping it, including on TV ads during sporting events and on billboards? It’s the “saturation release,” a tried-and-true Hollywood tradition, slightly modified for the streaming age.

The new business model explains why, in the service of this madness, you’ve got The Gray Man writer-directors Anthony and Joe Russo of the Captain America and Avengers franchises giving bizarre and pugnacious interviews about the righteousness of watching movies at home instead of in theaters, like God intended. Because it seems it’s elitist to watch movies in theaters, according to Joe Russo:

We are in crisis because everyone is at war with everyone. It’s sad to see, as children we grew up loving films. One thing to remember is that it’s elitist to be able to go to the movies. It’s fucking expensive. The idea that has been created, and to which we cling, that cinema is a sacred space, is stupid.

While it’s true that watching movies at theaters can be expensive, depending on location, the parking situation, number of dependents who need tickets, and appetite for popcorn and Skittles, it’s also true that it can be very cheap, especially out in the heartland between the coasts dominated by New York City and Los Angeles. It currently costs me $12.30 to see a film at the multiplex in the evenings and $9.80 to see one at a matinee. If I skip the concession stand offerings — and I generally do, smuggling in my own contraband instead — that’s as cheap an entertainment out in the world as it’s possible to have in these grim times.

Let me get the reviewer ball rolling by being honest — I can’t even remember The Gray Man, and I just watched it. Other than a few of the ghastlier moments, such as when supposedly ultratough, deadpan action hero Ryan Gosling — never a favorite of mine — actually winks at the cute thirteen-year-old girl he’s saving, between shooting bad guys. Winks, by God! What year is it, 1941? People don’t wink anymore!

Anyway, The Gray Man is a barely welded-together piece of junk about a convicted murderer (Gosling) pulled from a penitentiary by a CIA handler, Donald Fitzroy (Billy Bob Thornton). Fitzroy is putting together a kind of dirty half-dozen to work as black ops mercenaries for the agency. Taking the name of Six, his numerical order in being drafted for the program, the ex-con discovers during a chaotic job in Bangkok that there are dark doings at the CIA. (No duh!) Soon he’s targeted for assassination and being chased across the globe by a vengeful and sociopathic rogue operative hired by the CIA named Lloyd Hansen (Chris Evans), a Harvard grad preppie who sports “white pants and a trash ’stache.” Hansen puts a bounty on Six’s head so all the assassins in the world can get in on it.

Six also gets stuck babysitting Claire (Julia Butters), Fitzroy’s spunky niece, so we can see the softer side of this killing machine, who we learn got that way after his macho violent father beat the humanity out of him. Helping Six is increasingly disaffected CIA agent Dani Miranda (Ana de Armas).

In the end it turns out there are a few bad apples in leadership positions at the CIA — played by Regé-Jean Page (Bridgerton) and Jessica Henwick (Game of Thrones) — which is why the agency is doing such nefarious things. Yup.

The supporting actors are all in a pitiable state of having nothing to do. Thornton sports elder-statesmen white hair and beard and looks concerned. Armas, steadily wasting the goodwill she earned in her delightful performances in Knives Out (2019) and No Time to Die (2021), is playing such a nothing role it’s shocking to see her demoted to oh-hey-are-you-in-this-scene status. Alfre Woodard, always good, gets one predictable sequence as a dying ex-CIA agent who sacrifices herself to save Six. Only Evans, who always looks ecstatic not to be playing Captain America, throws himself into a showy part and livens things up a bit.

While the movie bombs along, you can try to amuse yourself identifying all the other, better action-film franchises it’s stealing from: Transporter, John Wick, the Bourne films, and so on.

There are a lot of action scenes, mostly derivative, but they’re certainly better to watch than all the other plot guff. Noisy and overdone and often even more ludicrous than the bad-action-film standard, a few of them at least generate some sort of energy. There’s one featuring Six handcuffed to a cement park bench next to a statue, set upon by dozens of assassins hired by Hansen. Six is so miraculously able to hide from a fusillade of bullets from all directions, while killing a few attackers and stealing their guns so he can fire back, that it’s funny when Hansen says with justifiable peevishness, “Jeez, how hard is it to shoot someone?”

We were wondering the same.

We’re threatened with a Netflix franchise here — Gray Man 2, 3, 4, and so on to infinity. This would be obvious even without the tiresome narrative set-up for sequels at the end. But I think it’s our duty as citizens to kill this thing. We deserve better entertainment than this. Look away, everybody, like you do from any train wreck. Look away.