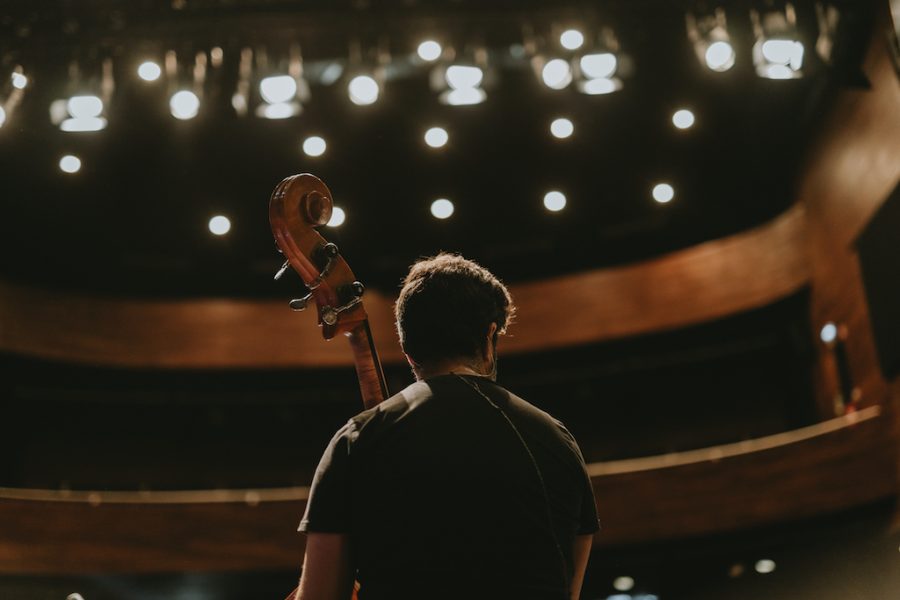 After a nine-month strike to prevent drastic cuts to jobs, wages, and benefits, the San Antonio symphony has dissolved. As long as they rely on the largesse of the wealthy, orchestras and the musicians who comprise them are in danger.

Orchestras turn to private philanthropy not because it is more efficient than the government but because government endowments are next to nonexistent. (Getty Images)

For nine months, musicians with the San Antonio Symphony Orchestra struggled to save their jobs and their organization from devastating austerity. Now their long strike has finally come to an end, as orchestra management has dissolved the organization.

San Antonio symphony musicians are hopeful that they can build a new organization out of the rubble. But for reasons endemic to the live classical music industry, it will be difficult to form one devoid of the troublesome features that led to the current juncture — namely, a near-total reliance on philanthropy rather than government funds.

From the beginning of their strike, musicians understood that the organization’s dissolution was a likely outcome. The orchestra was drowning in debt, and management had not developed the skills or financial relationships necessary for survival as a leading orchestra in the United States. These relationships are life-and-death for orchestras. As the New York Times put it, “It’s Official: Many Orchestras Are Now Charities.”

But rather than capitulate and watch their orchestra shrink in the coming years, musicians chose to unite and fight back anyway. “We will not be complicit in our own destruction,” said Mary Ellen Goree, former principal second violin and chair of the Musicians of the San Antonio Symphony, American Federation of Musicians (AFM) Local 23, in an interview with Jacobin last October.

What followed was a long and often bitter labor dispute between orchestra management and AFM Local 23.

Jacobin spoke with Henry Fogel, a former president of the League of American Orchestras who has also held executive positions with the Chicago Symphony, the National Symphony Orchestra, and the New York Philharmonic. Fogel now consults with orchestras across the globe, and has worked with the San Antonio Symphony Orchestra on multiple occasions. “I don’t feel uncomfortable saying that I encountered a certain anti-union bias on the part of some of the board members and its leadership,” he said.

Musicians say their union reps were excluded from meetings for months, including the ones in which the dissolution was finalized.

An Orchestra on the Brink

Musicians had already made huge sacrifices for the 2020–21 season, taking voluntary base-pay cuts of almost 80 percent — accepting a salary of little more than $6,500 for the year.

Orchestra management, officially called the Symphony Society of San Antonio (SSSA), delivered two austerity proposals at the sit-down in the summer of 2021. The first would have slashed the base pay of all orchestra musicians to a little over $17,000, amounting to a pay cut of almost 50 percent.

The second proposal would have turned San Antonio into an “AB” orchestra — a two-tier system for symphonies not unlike those found at corporate giants such as UPS. This arrangement is typically seen in less active orchestras in much smaller cities. In an AB orchestra, certain musicians receive an “A contract” with a higher rate of base pay. In San Antonio’s proposal, A contract workers would have retained their original salary and health care benefits, while everyone else is would have been cut down to “B contracts.” B contract workers would have lost all benefits, and would have had to work on a per-service basis for substantially lower wages in order to fund the A contracts.

The pandemic furloughed orchestra workers across the country in cities such as Indianapolis and Boston. Most of those groups have weathered the storm and are back in production after significant sacrifices on the part of workers. In fact, many orchestra boards across the United States reported budget surpluses for the period thanks to Paycheck Protection Plan (or PPP) loans and significantly lower operating costs. But the pandemic pushed San Antonio’s orchestra deeper into a preexisting financial hole, and in the absence of necessary donor relationships, management’s proposed solution has been to slash musicians’ pay and benefits.

AFM Local 23 rejected the SSSA’s proposals, entering negotiations which musicians called “frustrating and unproductive.” On September 3, 2021, musicians made a counteroffer that included pay cuts and a joint fundraising effort to help save the band. The SSSA replied with a last, best, and final offer, another AB split with untenable terms, including furlough weeks and a reduction in the total number of paid musicians in the orchestra. It was unanimously rejected.

At this point, the SSSA declared an impasse, unlawfully forcing the terms of its final offer despite union willingness to continue negotiations. The union called an unfair labor practice strike on September 27, and would remain locked in conflict until June 16 of this year. What followed was a long and petty series of managerial transgressions.

In late October of 2021, the SSSA gave its musicians a day’s notice that their health care coverage was ending. The SSSA continued to hide behind the impasse, refusing to concede, while the strike began to garner national attention. Last April, conductor Sebastian Lang-Lessing, music director of San Antonio from 2010 to 2020, was dismissed from his role as director emeritus in a malicious move by the SSSA. Lang-Lessing had joined the picket line by indicating he would lead two May concerts with the striking musicians. One show of solidarity ended his ten-year relationship with the organization.

Pressure had been building in San Antonio for decades prior to its dramatic 2022 closure.

Fogel worked as a consultant with the San Antonio symphony in the mid-1980s, when, he told Jacobin, “there was a similar work stoppage, and the musicians literally seceded from the symphony and formed their own organization, the Orchestra of San Antonio.”

The workers had taken the orchestra for themselves. In any other industry, this would have been an important and empowering victory. But in the United States, an orchestra’s success is determined by its relationship to private wealth. “The musicians quickly found that they could not find the funding they needed to even pay themselves something less than half of the salary they had rejected,” Fogel continued. “The monied people in San Antonio were going to remain loyal to their peers and friends and business colleagues on the Board of the San Antonio Symphony.”

In The Perilous Life of Symphony Orchestras, labor and cultural economist Robert Flanagan suggests that few organizations in America are as reliant on private wealth as are American orchestras. A quick glance at San Antonio’s recent year-end filings supports this observation. In 2017, contributions accounted for 57.4 percent of total orchestra revenue. In 2018, it was 55.2 percent, climbing to 60.1 percent in 2019. In 2020, that number jumped to 75.1 percent, though total revenue fell by 13.57 percent that year.

This arrangement is not unique to San Antonio. Fogel offered a general breakdown of typical orchestra income as a percentage of total expenditures. “Earned revenue, that is mostly ticket sales or tour fees, amounts to 35 to 40 percent,” he said. “Income from endowment may amount to 5 percent, up to 15 percent. Annual contributed revenue amounts for 50 to 60 percent.”

Fogel mentioned what fundraising professionals call the 80-20 rule, by which 80 percent of contributions come from 20 percent of donors. This formula presents a massive challenge for San Antonio, where individual contributions have hovered around $2,435,000 over the past five years. Given the expenses required to run an orchestra and the lack of supportive funding, alternative income strategies like crowdfunding are an impossible waste of resources. “You cannot raise $2.5 million with contributions of $500, $1,000, or even $5,000.”

Orchestras turn to private philanthropy not because it is more efficient than the government but because government endowments are next to nonexistent. Local, state, and federal governments consistently quash efforts to subsidize our nation’s cultural institutions, frequently citing objections cooked up by the Right. While orchestras across the globe enjoy majority financial support from their governments, US orchestras must rely on the goodwill of the ultrawealthy. As a reward for their generosity, philanthrocapitalists in the United States enjoy substantial tax write-offs, free publicity, and positions of power in these institutions.

As a result, orchestras rely on the largesse of the ultrarich. They are neither self-sustaining nor sustained by the government, which means they’re inherently financially unstable. While many orchestras enjoy good years to balance out the bad ones, no orchestra can truly count on financial security from one year to the next. “There is no guarantee that private contributions will offset” total expenditures, writes Flanagan. “After all, donations flow from the largely uncoordinated decisions of thousands of individuals, businesses, and foundations.”

This scramble for funds generates problems on the back end of arts management. Orchestras in the United States are subject to an unprecedented number of closures compared to those in the rest of the world. Bankruptcies can occur for reasons completely unrelated to performance, ticket sales, or community support. American orchestras also experience a higher number of labor disputes than their international counterparts, including strikes and shutouts — as well as bad-faith negotiations, as seen in San Antonio.

Funding dynamics also lead to problems on the artistic side. Orchestra boards are not legally compelled to follow the whims of private beneficiaries, yet as Flanagan notes, “most board membership includes some large donors.” Recent pushes for diversity in season planning and hiring practices, as well as attention to community engagement efforts — all long overdue — will continue to take a back seat if they are not prioritized by management in order to appease underwriters, or if they are seen as a lower priority next to fundraising efforts. This conflict, coupled with a slow to change internal culture, prohibits orchestras in the United States from achieving their full potential as inclusive community institutions. American orchestras will not truly reflect their communities’ values until these structural biases are purposefully eroded.

San Antonio musicians are determined to rebuild. As they proceed, it’s necessary that they address the deficiencies in labor relations, or else the entire drama is destined repeat itself.

We can envision the orchestra as an institution supported by public money and maintained cooperatively by musicians themselves. Unfortunately, this ideal is a long way off. Present reality requires that large teams of fundraising professionals maintain cozy relationships to affluent donors. Still, even in the present, there is no reason why musicians should suffer crumbling wages, furloughs, and shutouts. Workers must be placed front and center while we endeavor to build a more stable future.

For now, the musicians of the San Antonio Symphony have found a new venue in the First Baptist Church of San Antonio, across the road from their old home at Tobin Center for the Performing Arts. Mary Ellen Goree envisions an orchestra that prioritizes community engagement and a pragmatic relationship between labor and management. She told Jacobin:

For me, the ideal path forward leads to a new organization with highly qualified professional management, a fair wage for the musicians, and concerts which, while honoring the historical tradition of symphony orchestras, also engage with the wonderful variety of cultures and people that make up San Antonio. And we must prioritize education.

Asked what musicians need in order to make this vision a reality, Goree said: “What we need is community support, which we are already enjoying. Committed musicians, which we have. A visionary board, which we have the nucleus of and are working to expand. And, obviously, money.”