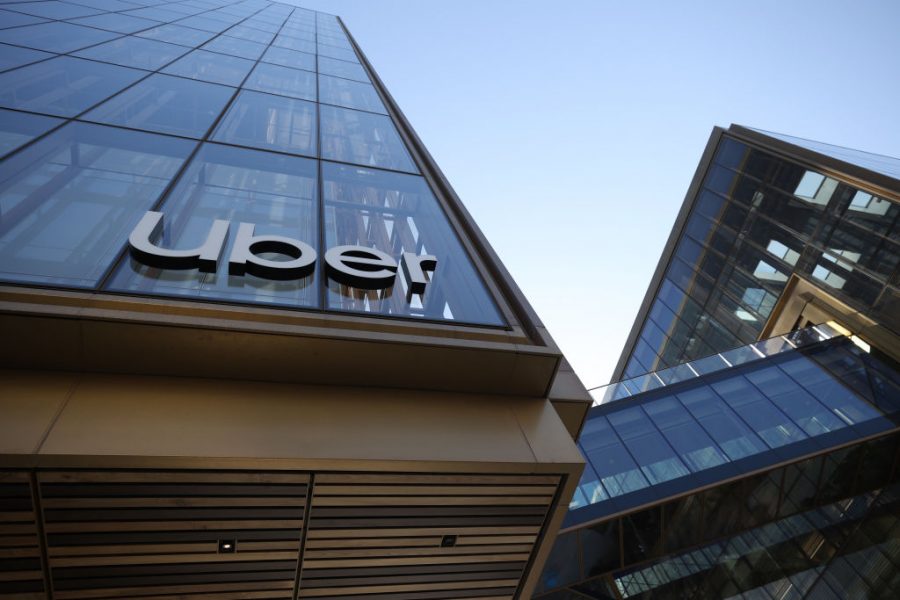 Uber is in trouble after a leak demonstrating the extent of its pay-to-play activities. But in America, you don’t need a trove of leaked texts or emails to prove the corrosive effects of lobbying. The proof is right out in the open, and Uber is hardly alone.

Many are justifiably angry about the Uber Files.

The 124,000+ secret documents — delivered to journalists by whistleblower Mark MacGann, Uber’s former chief lobbyist for Europe — show how the tech company broke laws, exploited drivers, and pressured governments to fend off regulation from 2013 to 2017. The report is damning for nearly everyone involved, including some former Barack Obama staffers and French president Emmanuel Macron, who flirted back after Uber slipped into his proverbial DMs for political favors.

The report sparked taxi driver protests in Italy, the UK, and France and calls for probes into politicians who played footsie with Uber, including Macron.

We should be raising our pitchforks too. But some perspective is essential. Uber was ultra-aggressive in its efforts to kill the taxicab industry, but the former darling of the start-up world isn’t a rogue outlier. It just got caught holding the smoking gun.

Consider that Uber spent $2.2 million on lobbying the US government in 2021 alone. That sounds like a big chunk of change, but it’s actually a drop in the bucket compared to the $55 million spent by Apple, Amazon, Google, and Facebook.

What does all that K Street cash buy Silicon Valley? Protection.

In 2020, a House committee put giant bull’s-eyes on the backs of the Big Four tech giants with a sweeping 450-page report, charging them with bad monopolistic behavior, accompanied by five separate bills. Since then, Congress has kept kicking the American Innovation and Choice Online Act down the road.

One supporter of the bill told CNBC that some congressional staff members were blatantly echoing Big Tech’s talking points on the bill. “By the time that we were engaging with congressional offices,” he said, “they’d heard from like twelve people from the industry. You could tell who they talked to just from the things that they’re raising.”

As hopes for a congressional vote on the antitrust bill “have all but fizzled out,” Senate majority leader Chuck Schumer is instead intent on creating a brand new homegrown monopoly by rushing to pass a $52 billion bill to boost semiconductor production. Meanwhile, Nancy Pelosi’s husband purchased as much as $5 million in shares of software and computer chip company Nvidia before the vote, which the speaker of the House promised that we’ll be celebrating “by the end of next week.”

The pharmaceutical industry is hoping for a similar payoff. Companies are raining even more cash on lobbying than tech, with $357 million in 2021 and a current pace of breaking the $700 million mark for the two years ending in December, according to Open Secrets. Noting that “business on K Street remains white hot,” Politico recently pointed out that the Pharmaceutical Research and Manufacturers of America and American Chemistry Council combined $12.1 million in lobbying spending for the second quarter of 2022.

Meanwhile, the Congressional effort to reduce prescription drug prices has been delayed and watered down drastically. Gone is the cap on insulin prices and new drugs’ launch prices, meaning drug companies could still set high prices when a drug enters the market.

What happened to a wildly popular bill supported by nearly 90 percent of Americans? Bernie Sanders believes it’s being lobbied to death.

“Last year alone, the pharmaceutical industry hired more than 1,700 well-paid lobbyists to Capitol Hill to protect their interests — including the former congressional leaders of both major political parties,” he said on the Senate floor in February. “And what is the result of all that lobbying and all those campaign contributions? The answer is clear. The pharmaceutical industry . . . is able to raise prices to any level that they want at any time that they want.”

In America, after all, you don’t need a trove of leaked texts or emails to prove the corrosive effects of lobbying. The proof is right out in the open.