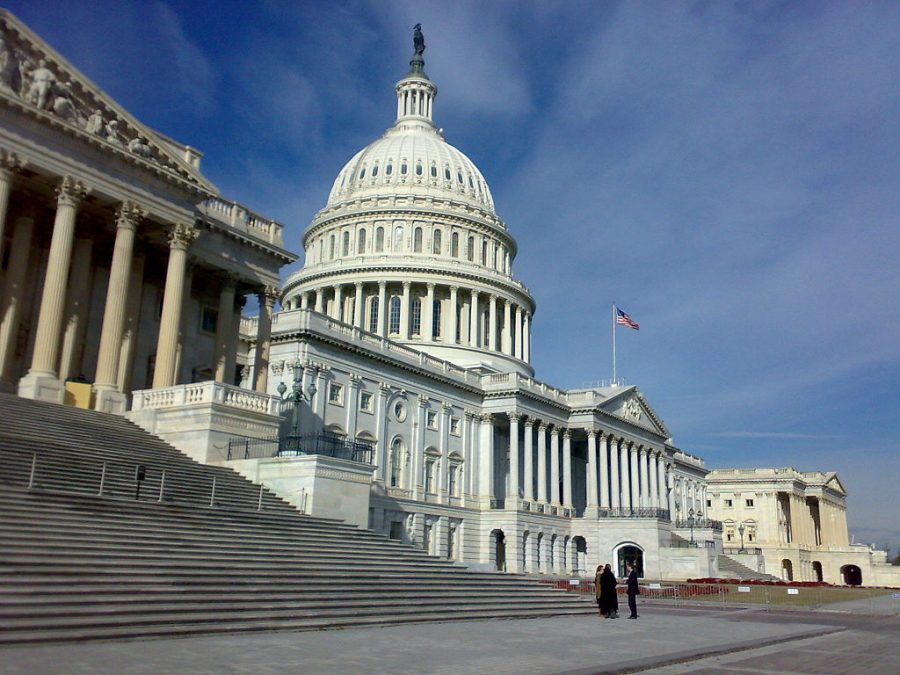 After retiring from Congress, many lawmakers go on to lucrative gigs as corporate lobbyists or lawyers. They’re required by law to notify a congressional ethics committee when they begin negotiating for a new job — but next to none of them do.

This year, fifty House members and a half-dozen senators have announced plans to retire; only one outgoing representative has made the required notification to an ethics panel about his postcongressional job prospects. (Bjoertvedt / Wikimedia Commons)

A 2007 law requires retiring lawmakers to notify a congressional ethics committee when they begin negotiating for a new job. But in the fifteen years since the law took effect, more than five hundred federal lawmakers have retired, with many taking lucrative gigs as lobbyists, lawyers, or trade association officials — and only eighteen departing representatives and senators have filed such disclosures, according to a review by us.

This year promises to be no different. Fifty House members and a half-dozen senators have announced plans to retire; only one outgoing representative has notified an ethics panel about his postcongressional job prospects. Loopholes in the 2007 ethics law and a lack of enforcement have allowed retiring lawmakers to routinely negotiate future jobs with corporate lobbying firms without ever notifying the public whom they are supposedly still representing.

The Honest Leadership and Open Government Act (HLOGA) was passed in 2007, largely as a result of the postcongressional activities of former representative Billy Tauzin, a walking conflict of interest who crafted health care legislation that steered billions of tax dollars to members of drug industry lobbying powerhouse Pharmaceutical Research and Manufacturers of America (PhRMA). Tauzin, a Louisiana Democrat-turned-Republican lawmaker, retired in 2005 to take a $2 million job with the lobbying group — one day after his congressional term expired. His compensation had risen to $11.6 million when he left Big Pharma in 2010.

Tauzin was the most egregious example. He was far from the last.

So far this election cycle, at least fifty-six lawmakers have said they’re retiring. If previous election cycles are any guide, the largest share are likely to join the influence industry on K Street.

Under HLOGA, all retiring representatives who plan on working after they leave Congress must notify the House Ethics Committee within three days of starting negotiations for future employment. Disclosures, however, are only made available to the public when they are accompanied by a commitment to recuse from matters that could pose a conflict of interest.

The rules differ slightly in the Senate, where lawmakers are barred from negotiating for jobs involving lobbying activity until their successor is elected. For nonlobbying jobs, outgoing senators are required to notify the Senate secretary of negotiations within three days.

While the “revolving door” between Congress and lobbying firms is generally deemed a scourge of democracy, Vela was the first congressman to file HLOGA paperwork since 2014. He also recused himself from legislation that could pose a conflict of interest in January 2022, something very few retiring lawmakers have bothered to do.

So far in the current election cycle, Vela is the sole retiring lawmaker to disclose potential job opportunities before leaving office.

Other lawmakers haven’t always been so scrupulous about following the law, including three prominent congressmen who voted in favor of the 2007 law:

Former House majority leader Eric Cantor (R-VA), who lost his primary reelection bid in June 2014, began negotiating with Wall Street boutique investment firm Moelis & Co in July. He took a $3 million job after retiring in September 2014, four months before his congressional term expired.
Former House Speaker John Boehner, an Ohio Republican with long-standing personal and political ties to Washington lobbyists, announced he would resign in October 2015. Less than a year later, he was hired as a “senior strategic advisor” for Squire Patton Boggs, a job title that’s often used to dodge rules governing former lawmakers turned lobbyists.
More recently, former representative Pat Tiberi, another Ohio Republican who led the House Ways and Means Committee’s subcommittee on health and chaired the Joint Economic Committee, announced in October 2017 that he would resign his seat in January 2018 to take over the Ohio Business Roundtable, an organization whose members include many of the nation’s largest corporations. Although he notified the House Ethics Committee that he was negotiating for the position, Tiberi refused to recuse himself from a $1.5 trillion tax cut that slashed corporate taxes from 35 percent to 20 percent.

How are these lawmakers avoiding disclosure? One explanation involves loopholes. The Senate ethics panel, for example, only requires disclosure when an outgoing lawmaker actually receives a job offer. Former House representatives Tom Davis (R-VA), Jim McCrey (R-LA), and Charles Pickering (R-MS) have tried to skirt triggering disclosure requirements by hiring intermediaries to negotiate future employment on their behalf. Even so, it appears that many lawmakers simply ignore the law.

A 2017 Public Citizen report found that out of 408 lawmakers members who retired, resigned, or lost reelection bids between 2007 and 2017, only sixteen disclosed negotiations for future employment. Politico reported that 47 percent of lawmakers who left Congress between 2008 and 2016 joined the influence industry afterward. Given the nature of the majority of members’ future employment, the potential for conflicts of interest during negotiations at the end of their terms is alarming.

Congress passed HLOGA to restore public trust in response to a series of damaging corruption scandals. Fifteen years later, it is clear that the law is failing to live up to its promise. This midterm season, as in past election cycles, HLOGA will do little to shield congressional decision-making from the influence of lawmakers’ future employers or even to simply make the public aware of that potential influence.

Without timely public disclosure and recusals, lawmakers may very well be secretly trading their last access to shaping legislation for future monetary compensation.