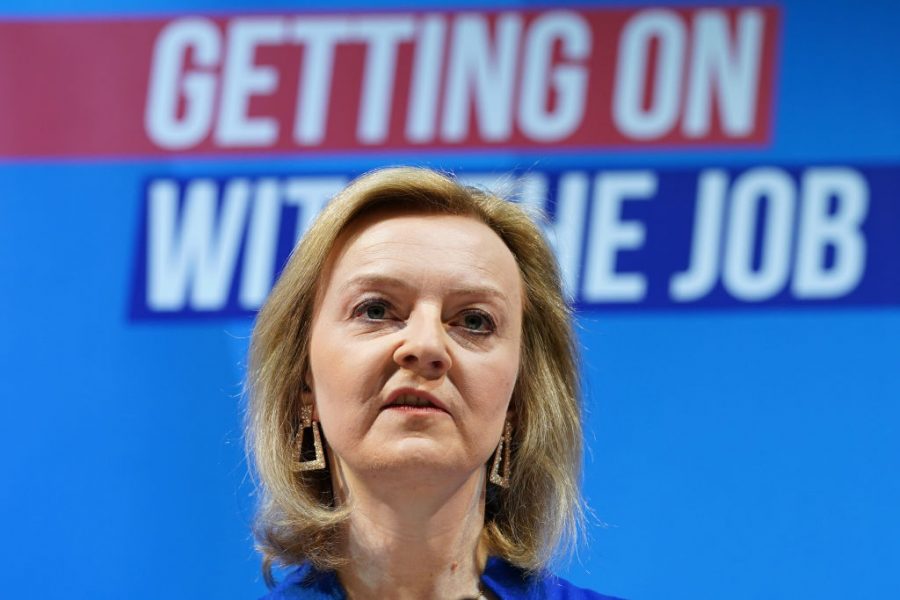 Britain’s anti-union laws are already the harshest in the developed world. Liz Truss’s plan to make them even more draconian should be recognised for what it is – an attack on the basic democratic rights of working people.

As the Conservative leadership contest limps towards its grim conclusion, which remains a wretched six weeks in the distance, frontrunner Liz Truss has been attempting to raise the stakes of the contest by summoning the ghost of Margaret Thatcher.

Asked during a live debate earlier this week by the BBC’s Sophie Raworth if they would ban essential strikes, both Truss and opponent Rishi Sunak answered yes. Truss then followed up that response by leaking to the press her plans to make most strikes in Britain not quite criminal but potentially unlawful. That’s on top of Britain already having the most draconian anti-trade union laws in Europe, and recently strengthening them with legislation that enables agency workers to replace strikers.

More specifically, Truss’s proposals include doubling the notice period which a union must give from announcing a strike vote to beginning industrial action from two to four weeks, and placing a limit on the number of days on which workers could strike before having to re-ballot after six months.

At present, after having been paid their wages (and paid tax on them), workers are entitled to give a proportion of their salary to their union, which alongside meeting other costs holds it as a strike fund. Truss proposes that members of trade unions would have to pay tax on strike pay—meaning, because this is deferred wages, that they would pay twice as much tax as everyone else.

The jewel in the tarnished crown of Truss’s proposals is the suggestion that workers would not be permitted to go on strike unless their decision to strike had received not merely the support of fifty percent of those voting, but also the of fifty percent of all those eligible to vote.

There are, however, perfectly good reasons why a strike should only need the support of a majority of those actually voting. For all their many strengths, trade unions are not infallible. One of their administrative tasks is to keep an accurate database of who is actually a union member, and their correct address, at all times, but real life complicates this process: members become ill, change jobs, or move house and are slow in telling their union.

In union ballots, as in any other democratic contest, there are people who are in the union database as members but are unlikely to vote. They may be new recruits to a workplace. They may be absent on long-term sickness or maternity leave. They may be older workers, on the verge of retirement, cautious about committing other workers to action. They may have simply moved from one letting to another, without informing their union.

A worker who does not vote is not necessarily stating their opposition to a strike, just as a voter in an election who spoils their ballot paper is not choosing any party. In requiring unions to win a majority not just of those actually participating in a vote, but those eligible, Truss is saying that trade unions should be held to a higher standard of democratic scrutiny than anyone else in society. There is no basis for this beyond a straightforward attack on organised labour.

If you were to apply these standards to MPs, for example, Liz Truss would not have been elected in 2019. Although sixty-nine percent of those voting in her constituency party chose the Conservative Party in 2019, they were fewer than fifty percent of all those eligible to vote.

Apply the rule that an election is invalid unless fifty percent of those eligible to vote choose either side, and there would not be a single elected Conservative MP in Britain. In fact, of the two main parties in Britain, with 557 elected members of the Commons between them, only a single MP could say with a straight face that fifty percent of the voters in his constituency had actually voted for him, and that’s Labour’s Dan Carden in Liverpool Walton.

Saying that unions cannot strike even where most of their voting members want to would be a further move towards entrenching Britain’s standing alongside Hungary and Russia in tier three of the ITUC rankings of global rights violations, as one of the countries where trade union rights are ‘regularly’ violated. (The only other European state which scores even lower than we do is the dictatorship in Belarus.)

There is, thankfully, one reason why Truss’s law would be unlikely to have its intended effect, which is that in the last RMT ballot well over fifty percent of eligible workers voted to strike. This reflects the general mood among workers threatened with pay cuts after a decade of austerity and in the face of a growing cost of living crisis, with other unions such as postal workers and train drivers in ASLEF also comfortably beating this threshold. In attacking the unions, Liz Truss is inviting a struggle with an opponent which, unlike her, has a real democratic mandate.