Home / News / The Return of the Scrounger Myth 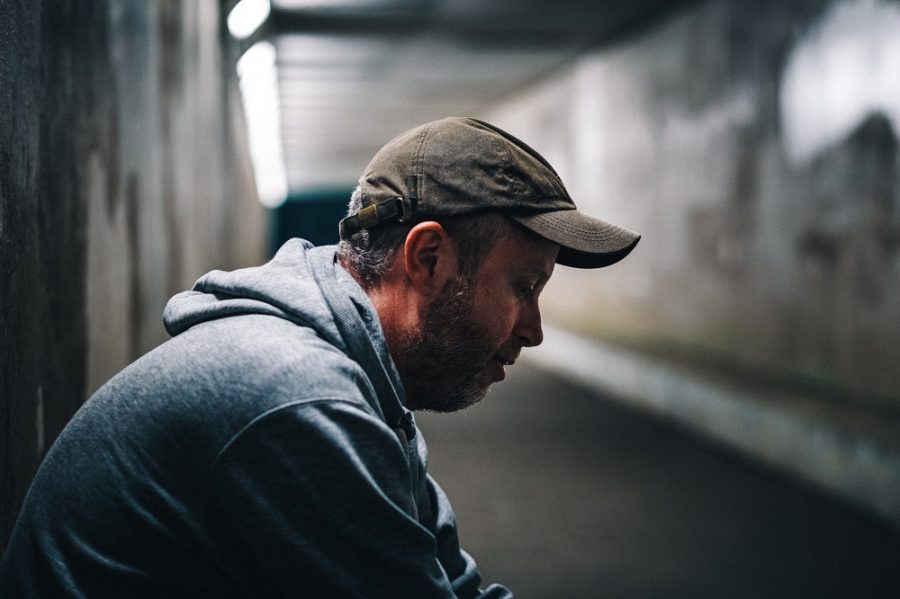 Tentative attempts by Tories to resurrect the ‘scrounger’ myth to push an even harsher welfare system prove how comfortably they slip back into austerity logic – and how completely at odds they are with the reality of today’s economy.

Anti-welfare rhetoric might be out of step with public opinion, but it’s entirely in keeping with the government’s existing policies. (coldsnowstorm / Getty Images)

Welfare policy has hardly been the central theme of the Tory leadership contest—that dubious honour goes to the trans community—but amid the culture war trivialities dominating the discussion, some candidates indicated a preference for creating an even harsher benefits system. First up was Suella Braverman, who claimed that ‘there are too many people in this country who are of working age, of good health and who are choosing not to work full time and they are taking benefits… We still have a stubborn tail of the population that refuses to enter into economic activity.’ Then, writing in the Telegraph, Kemi Badenoch argued that ‘the family is the first, and best, source of welfare,’ a claim at odds with the reality that the vast majority of households living in poverty are in work; it’s difficult to be a ‘source of welfare’ for your family if you are unable to afford basic necessities.

While these comments are in keeping with the government’s current approach, what’s curious is how anachronistic they feel: a throwback to the early austerity years as jarring as someone putting on Mumford and Sons at a party. The shift is yet to translate into a more generous welfare system, but stigmatising people who claim benefits simply isn’t as zeitgeisty as it used to be.

For a start, Braverman’s claim that there is a significant number of able-bodied, working-age people choosing to live on benefits simply isn’t true. As per the latest figures, over 40% of people claiming Universal Credit are in work, and disabled people are substantially more likely to be unemployed. Rather than an example of decadent state largesse, UC payments are, for many people, simply not enough money to survive on.

This became even more true following the government’s decision last year to reverse the temporary £20 increase—a move which, according to research by the New Economic Foundation, left millions of households without the means to afford basic necessities. Nearly half (45%) of all children are living below the Minimum Income Standard, which serves as a threshold for an ‘acceptable standard of living’; this figure rises to 82% for families for children in workless families, but only drops to 40% for those in working families. There is, of course, still a link between poverty and unemployment, but being in work is no longer a guarantee of a stable and sufficient income. Moreover, recent research from the Resolution Foundation found that the majority of young people out of work are not engaged with the benefits system at all.

‘Worklessness as Braverman defines it is a rare phenomenon today,’ says Dr Tom O’Grady, an associate professor of Political Science at UCL and the author of The Transformation of British Welfare Policy: Politics, Discourse and Public Opinion. ‘The majority of Universal Credit claimants now are families where at least one adult has a disability, which includes a very large number of long-term mental health conditions. In a sense, Universal Credit has “worked” in its stated aim of pushing people into any form of paid work—which means worklessness today is concentrated among people who are unable to work.’

If there’s one reason to be optimistic, it’s that the general public has woken up to this reality and softened its stance on people who claim benefits. ‘This kind of rhetoric harks back to the Benefits Street-era of the late 2000s and early 2010s,’ Dr O’Grady continues. ‘It hasn’t died out completely, but it’s definitely far less common than it used to be. The public is now much more positive about the welfare system than it has been at any time since the 1990s.’

Attitudes have changed due to a number of reasons, one of which is a general sense that welfare reform went too far during the austerity era. Even some Tory politicians have started to recognise that these reforms have had devastating effects on people living in poverty, and increased homelessness, indebtedness, suicide, and mental health problems of various kinds. Over the course of the 2010s, the misery these policies wrought reached such a crescendo that it became harder to ignore, and harder still to push the narrative that there exists a large class of people choosing to lead lives of luxury at the taxpayer’s expense.

A second key factor in the changing public perception to the welfare system, according to Dr O’Grady, was the rise of Jeremy Corbyn. While Labour was beginning to soften its stance on welfare under Miliband, it was still at least partly clinging to the harsher attitudes of the Blair years. When Corbyn became leader in 2015, he began to campaign heavily against Universal Credit and other welfare reforms, alongside the SNP who had increased their presence in Parliament that same year. It can be counted as one of the enduring successes of the Corbyn era that this approach helped to shift public attitudes around welfare.

‘At the same time, the media has really softened its stance,’ O’Grady continues, explaining that there has been a significant decrease in tabloid articles which stigmatise people who claim benefits. The media’s receptiveness to Marcus Rashford’s campaigning around child poverty—which Dr O’Grady suggests wouldn’t have received such traction a decade ago—is an example of this shifting paradigm. During the pandemic, you could see even the most right-wing commentators railing against the paltry nature of Universal Credit, albeit usually at the point when their own family members were forced to rely on it. It’s harder to position benefits claimants as a class of feckless scroungers when your own beloved—and, of course, scrupulously hard-working—children are among their number.

When the Conservatives came to power in 2010, the welfare system was already at the height of its unpopularity—much of the blame for which can be laid at door of New Labour, who had spent the preceding years stigmatising benefits claimants and pushing the line that poverty was due to the moral failures of the working classes. The legacy of these attitudes meant that the public were primed to accept the brutal welfare cuts which took place under the coalition government. But the situation today is different.

‘I think the instincts of Conservative MPs are very strongly anti-welfare, but the instincts of their voters are changing,’ explains Dr O’Grady. Going forward, the Tory Party has to appease different demographics within its base. ‘The rhetoric may continue, but it’s not as obvious an electoral asset to the Tories as it used to be, because they’re trying to keep together this coalition of highly educated, fairly liberal southern voters, who tend to be more supportive of the welfare state, and the new “Red Wall” base.’

At the same time, while anti-welfare rhetoric might be out of step with public opinion, it’s entirely in keeping with the government’s existing policies. Earlier this year, secretary for work and pensions Therese Coffey announced the ‘Way to Work’ scheme, a primary feature of which is that Universal Credit claimants will now be expected to find a job ‘in any sector’ within four weeks of applying. This is a harsher turn from the previous rule, which allowed claimants a thirteen-week period to find a job matching their previous occupation or income level. If people fail to provide evidence that they have suitably widened their job search, they are now liable to be sanctioned, proof that the benefits system is still being used to police and punish those who find themselves without work.

Labour under Starmer isn’t much more promising. One of the leader’s initial ten pledges was to end Universal Credit, but we’ve seen time and again that he feels no obligation to honour those commitments. His own rhetoric on the subject recalls the late 00s and early 2010s as much as any Tory MP: setting out his vision for a ‘contribution society’ last year, Starmer pledged to put ‘hard-working families first’, with the implicit exclusion of those who fail to ‘contribute’ and aren’t deemed ‘hard-working’ echoing the worst language of the New Labour period.

The question of how we treat those who are excluded from the conventional labour market—whether temporarily or permanently, through outright unemployment or reliance on badly paid and insecure work—has never been more pressing. We currently face certain labour shortages, mostly in industries which produce precarious and low-wage positions, but the overarching trend is towards ‘jobless recoveries’,  in which the economy recovers after a crisis but job remains stagnant, and an expanding ‘surplus population’—a term referring to people who are pushed out of formal work, whether outright unemployed or consigned to low-quality, precarious jobs. The creation of this demographic (which Marx described as ‘the absolute general law of capitalist accumulation’) also has a disciplinary effect for those who are in work, helping to drive down wages and diminish their bargaining power.

‘At a global level, the unemployment rate has continued to rise after the 2008 crisis, both in absolute and relative terms. The global rate of job creation has remained significantly lower, has largely generated part-time jobs, and is forecast to continue its sluggish trend. Meanwhile, labour force participation rates have been declining globally for decades, and are set to continue falling for decades more,’ write Alex Williams and Nick Srnicek in Inventing the Future: Postcapitalism and a World Without Work. Thanks to automation and other technological advances, this process will only accelerate in the years to come.

This is a troubling prospect. Not only will it entail higher levels of poverty, but mass incarceration and policing budgets have a tendency to increase in line with the surplus population, the composition of which tends to be highly racialised. As the number of those shut out from reliable work grows, so does state violence as a means to control them. But this process also opens up possibilities for new forms of solidarity: as more and more people find themselves on the sharp end of precarity, the shared interest of middle-class professionals and gig economy workers in a functioning welfare system will become more obvious.

Even now, the public appetite for something better is there. ‘I think there’s massive political space for a much more generous welfare settlement. I think the public could be brought on board with a certain type of programme which doesn’t have to be full UBI [Universal Basic Income] but maybe has some of its features,’ says Dr O’Grady. ‘My fear is that Labour will be too afraid to do it.’

The ‘benefits scrounger’ probably won’t return to prominence as a national folk demon in the near future, but a softening of rhetoric isn’t the same thing as substantive change. No doubt the Tories will continue to make life miserable for people who claim benefits, even if they brag about it less. Our economy has proven itself incapable of providing the kind of well-paid and secure work which keeps people out of poverty, and this is only set to get worse. Ensuring that the people excluded are able to lead comfortable lives, from the sidelines, stops short of being transformative: it wouldn’t be a just society and it wouldn’t be socialism. It is instead the absolute minimum we should be demanding.