Home / News / We Should Have Listened to Bernie Sanders About Ukraine 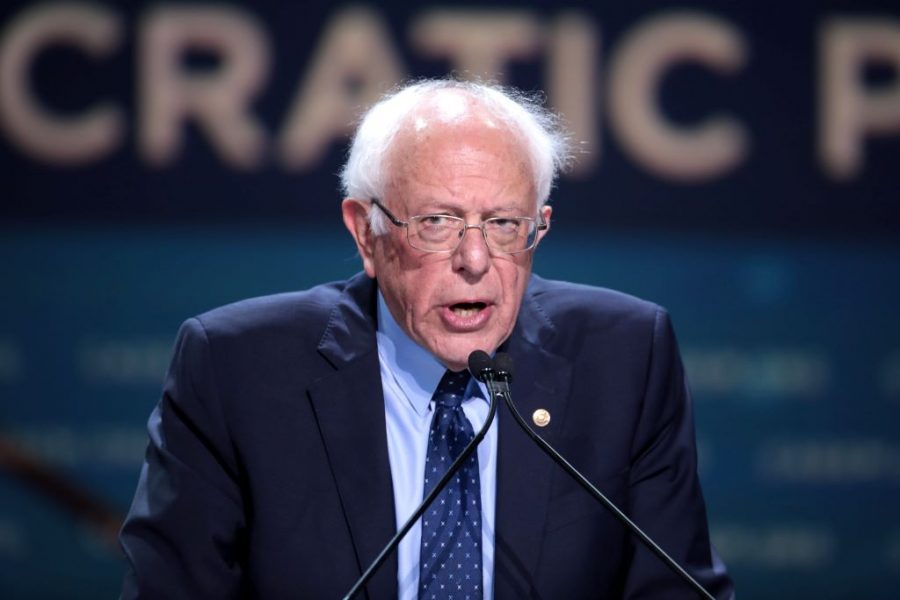 In early February, Bernie Sanders advocated US involvement in peace talks to head off an “enormously destructive war” in Ukraine. We should have listened.

What would the last two years have been like if Bernie Sanders had beaten Joe Biden for the Democratic nomination and won the general election? How, for example, would he have handled Joe Manchin and Kyrsten Sinema — or would the outcome of other races around the country have changed enough with Bernie at the top of the ticket for the Senate to look substantially different?

We can only guess at the answers to most such questions. We can, however, be confident about at least one aspect of this alternate timeline. Foreign policy is the area where the executive branch has the most power, and we know how a President Sanders would have addressed the crisis in Ukraine — because Senator Sanders spelled out his approach weeks before the Russian invasion.

In a February 8 op-ed for the Guardian, Bernie correctly predicted many of the grim consequences that have played out in the last five months and urged the United States to get involved in negotiations to head off the catastrophe. We should have listened.

“Wars,” Sanders wrote in February, “have unintended consequences.” In the case of the impending Russian invasion of Ukraine, he predicted massive civilian casualties, the large-scale movement of refugees into nearby countries, and economic ripple effects “with impacts on energy, banking, food and the day-to-day needs of ordinary people throughout the entire world.”

All of the above has filled headlines for months. Some of the other possible consequences laid out in Sanders’s op-ed are less obvious — but they should be keeping everyone up at night. The kind of global cooperation we’ll need to “address the existential threat of global climate crisis and future pandemics” is badly undermined by skyrocketing tensions between major powers. And the most “horrifying” possibility, he wrote, is that those tensions could escalate into a wider war.

Since Bernie wrote the op-ed, that danger of escalation has only increased. Seth Moulton of the House Armed Services Committee has said, “We’re not just at war to support the Ukrainians. We’re fundamentally at war, although somewhat through a proxy, with Russia, and it’s important that we win.”

The congressman was choosing his words carefully. It’s not just that US military aid to Ukraine has amounted to many times that country’s total military budget. US intelligence sources have bragged to the New York Times about helping the Ukrainian military assassinate Russian generals and sink Russian ships. That takes us into territory where it’s disturbingly accurate of Moulton to say that the war between the world’s two major nuclear powers is only being conducted “somewhat” through a proxy on the American side.

What Bernie Would Have Done — and Biden Should Still Do

Sanders condemned the impending invasion without equivocation, clearly identifying Russian president Vladimir Putin as the man “most responsible for this looming crisis” and calling for targeted sanctions on “Putin and his associates” if they went through with their plans. But he was also clear that, however morally and legally indefensible, Russian policy was grounded in ordinary geopolitical motivations. It’s worth remembering that concerns about increased American influence on Ukraine and about the possibility that Ukraine might one day join NATO were expressed by Putin’s predecessors long before he came to power.

To put it simply, even if Russia was not ruled by a corrupt authoritarian leader like Vladimir Putin, Russia, like the United States, would still have an interest in the security policies of its neighbors. Does anyone really believe that the United States would not have something to say if, for example, Mexico was to form a military alliance with a US adversary?

This is exactly the kind of reasoning now widely denounced as whataboutism. And anyone who suggests that Russia has any motivations deeper than the personal megalomania of its president is widely portrayed as a Putin apologist — see, for example, the widespread condemnation of Noam Chomsky.

But both impulses are dangerously misguided. Just as, in the aftermath of 9/11, anyone who thought al-Qaeda had motivations more complicated or explicable than “hating us for our freedom” was, according to a ubiquitous line of argument, on the side of the terrorists — a claim that was used to shut down dissent at a time when the United States was initiating catastrophic wars in the Middle East — parallel accusations of Putin apologism are used to enforce ideological conformity at a time when escalation of an increasingly less indirect conflict between nuclear powers endangers the entire planet. Trying to understand what causes a geopolitical actor to do something is just not the same as claiming that what they did was morally justified.

And the prohibition on “whataboutism” is, in practice, an excuse not to apply consistent standards to the actions of rival powers. The invasion of Iraq, for example, was grotesquely unjustifiable. But I wouldn’t have wanted Russia or China to start by arming the Republican Guard to the teeth and then to openly signal a willingness to be more and more directly involved in the conflict — for example, by Chinese intelligence sources bragging to the People’s Daily that they’d been involved in operations to assassinate American generals. What I would have welcomed, though, would have been any last-minute attempt by one of those powers to broker peace talks to head off the disaster.

At the end of the op-ed, Bernie urged his readers to remember “the horrors that a war in the region would cause” and urged the United States to “work hard to achieve a realistic and mutually agreeable solution — one that is acceptable to Ukraine, Russia, the United States, and our European allies — and that prevents what could be the worst European war in 75 years.”

If Sanders had been president and tried to carry out this approach, would he have succeeded? We can’t know that for sure. But we know what happened when Biden didn’t even try.

Flooding the country with heavy weaponry, sinking Russian ships, and assassinating Russian generals doesn’t constitute arrogant interference in someone else’s conflict but brokering peace negotiations does? The logic is hard to follow.

There is a popular argument that says none of this matters because Putin would never agree to an acceptable negotiated settlement anyway. Sometimes French president Emmanuel Macron’s failure in his prewar attempt to achieve a diplomatic settlement is cited as proof. But the United States, unlike France, is the primary country arming and funding Ukraine’s military and the primary source of sanctions on Russia. Biden would have vastly more leverage than Macron. And it’s absurd to start with the premise that negotiations might not work and conclude that we shouldn’t even try.

If Sanders had been president back in February, he would have tried. Maybe the effort wouldn’t have succeeded. But it’s infuriating that Biden didn’t even attempt such an approach before pouring tens of billions of dollars into a proxy war whose ruinous effects have been felt all around the world.

The thousands who have died in the last five months can’t be brought back to life. Ukrainians who have lost limbs to Russian bombs can’t grow them back. But for the sake of alleviating the global food crisis, foreclosing the slim but terrifying possibility that the war in Ukraine will escalate into a wider conflict, and saving all the Ukrainian civilians and Ukrainian and Russian soldiers who are going to lose their lives if the war “just” keeps grinding on the way it has for another five months or five years, the world very badly needs Biden to take Bernie’s advice from February and give peace a chance.