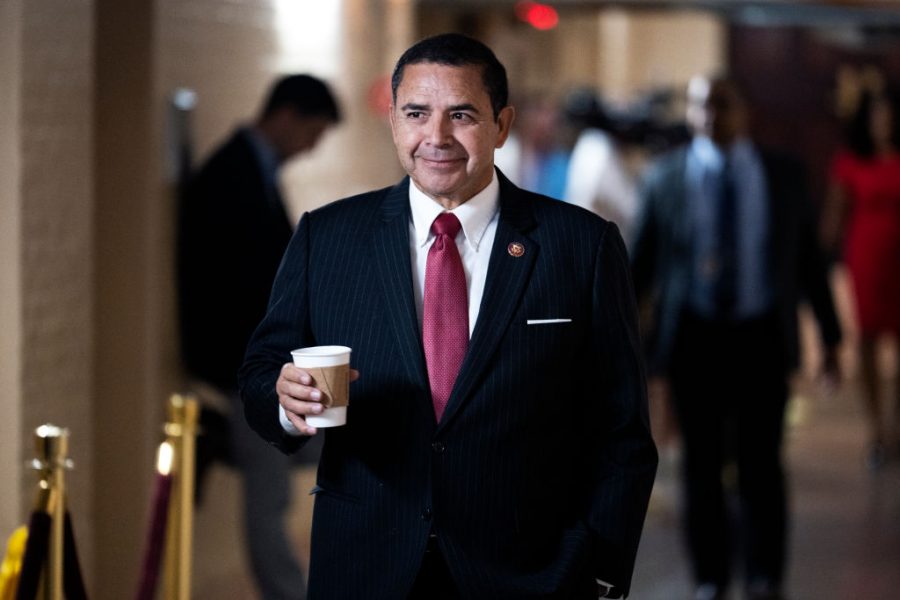 Henry Cuellar, the conservative, antiabortion Democratic congressman — who Nancy Pelosi called a “fighter for hardworking families” — has shocked the labor movement with a radical bill seeking to eviscerate workers’ rights.

Representative Henry Cuellar, one of the most conservative Democrats in the House, has introduced a bill eviscerating labor rights that would make the Koch brothers proud.

Cuellar’s bill bears a gaslighting moniker: the Worker Flexibility and Choice Act — joining the Clear Skies Act and the Class Action Fairness Act in the annals of bills whose names are the exact opposite of their actual intent.

Cosponsored with Trumpian Republican Congresswomen Elise Stefanik and Michelle Steel, the bill creates whole new ways for employers to get out of paying minimum wage and overtime, extending the gig economy’s stress and chaos to millions more workers. As employment law professor Veena Dubal of University of California Hastings Law put it on Twitter, this bill would “make earning a living nearly impossible” for workers without bargaining power.

Cuellar, who represents Texas’s Twenty-Eighth District, gets significant funding from Koch organizations. That’s not surprising, since he’s been working to destroy Americans’ already fragile workplace rights for years. The scandal is that the Democratic national leadership fought hard to help him get elected. They did this not in a general election — against a Republican who might well have been even worse — but in a primary against a challenger, Jessica Cisneros, an immigration rights lawyer backed by Alexandria Ocasio-Cortez and the Justice Democrats.

What’s even more confounding is that the Democratic leadership knew what they were getting with Cuellar. Not only is he the most antichoice Democrat in the federal government, as well as a favorite of the fossil fuel industry — Cuellar has made no secret of his anti-labor politics. Last year, Cuellar voted against the PRO Act, which would have made it easier for workers to organize unions.

Cisneros supported the Green New Deal, Medicare for All, and the PRO Act. Sensibly, the most anti-worker forces lined up behind Cuellar, including the US Chamber of Commerce. Joining them were Nancy Pelosi, Jim Clyburn, Hakeem Jeffries, and Steny Hoyer.

Although unions too often back centrist incumbents over left challengers who are better on labor issues, this was not the case in Cuellar’s race against Cisneros. Even organized labor, not always the savviest critics of the Democratic establishment, knew Cuellar was bad news. This was Cisneros’s second challenge to Cuellar, and in the last two primary cycles, the Communications Workers of America and the Service Employees International Union backed Cisneros, as did progressive groups with labor backing, like the Working Families Party. This year, labor was especially incensed by his opposition to the PRO Act. The Texas AFL-CIO supported Cisneros. Other unions supporting her included the United Farm Workers, National Nurses United, and, on the local level, United Steelworkers District 13, UNITE HERE Local 23, and the San Antonio AFL-CIO Central Labor Council.

This loud and unified labor veto of Henry Cuellar didn’t sway the Democratic establishment. Although principled liberals like Elizabeth Warren, Pramila Jayapal, and Julian Castro joined Bernie Sanders and AOC in backing Cisneros, House leaders were willing to throw abortion rights, the environment, and even labor under the bus just to avoid expanding the Squad and prevent another Berniecrat from joining Congress.

The Democratic leadership proved that they didn’t care about workers in this race. Despite organized labor’s clear rejection of Henry Cuellar, and his own equally clear rejection of workers’ interests with his PRO Act vote, they not only endorsed him but worked extra hard for him. Nancy Pelosi continued to defend him as a “valued member of our caucus,” while distancing herself from his abortion position. Pelosi even recorded a robocall for him, calling Cuellar a “fighter for hardworking families.” House majority leader Steny Hoyer also stood up for Cuellar. House Democratic Caucus chair Hakeem Jeffries, when asked, changed the subject back to himself and his own record. (House leaders did not have to defend Cuellar’s anti-labor politics to the press because, disgracefully, they weren’t asked about that.) House majority whip Jim Clyburn flew to Texas to campaign and rally with Cuellar against Cisneros days after the Supreme Court decision overturning Roe v. Wade was leaked.

Clyburn at the time said the party shouldn’t have “litmus tests” on abortion. This labor bill — and Cuellar’s anti-labor history — highlights the deceptive absurdity of such statements: candidates with reactionary abortion politics are almost always reactionary on labor issues, too, and Cuellar is no exception.

Cuellar’s bill is backed by an unsavory anti-worker lobbying group called the Center for Workforce Innovation (CWI), whose whole strategy is to strip as many workers as possible of labor rights by defining them as independent contractors. The group’s members are large retail, trucking, tech, telecom, and construction companies, including some of the worst employers in America, like Amazon, Walmart, Uber, and DoorDash. The CWI’s agenda is a radical assault on the legal concepts underlying employee protection, chillingly parallel to the Supreme Court’s recent napalming of reproductive choice, the environment, and voting rights. Cuellar’s bill would give the CWI much of what they are seeking, and the group has only been around since 2019.

Cuellar only beat Cisneros by 289 votes, so every bit of support from the Democratic establishment helped. It’s the Democratic leadership’s fault that he’s in office, not only standing in the way of legislation protecting women’s reproductive freedom but also eviscerating everyone’s rights on the job. Pelosi, Hoyer, and Clyburn should face career-threatening pressure to support the pro-worker candidate next time.