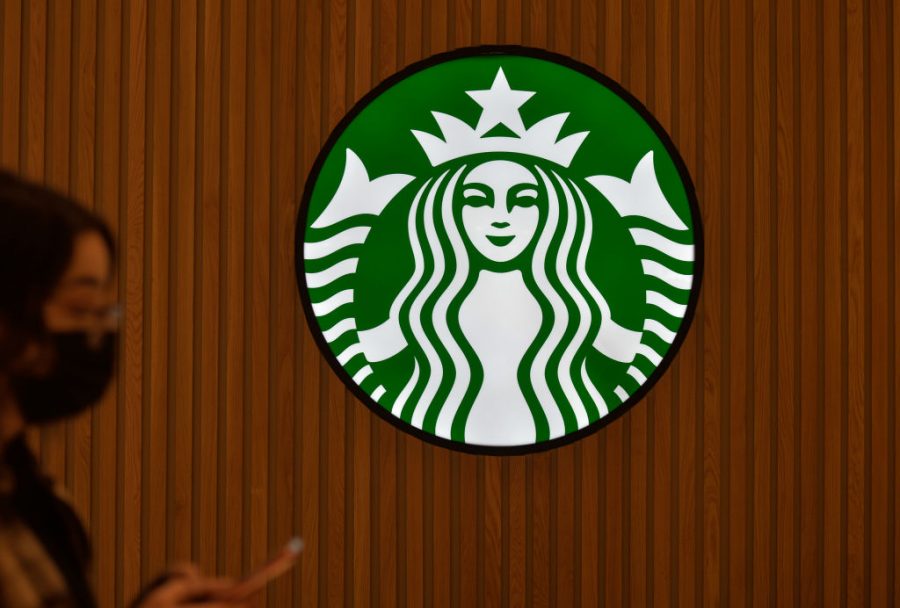 The first Starbucks store in Alberta, Canada, has gone union, with more likely to follow. (Artur Widak/NurPhoto via Getty Images)

The Canadian wave of Starbucks unionization has moved eastward, with a majority of workers at a Calgary location voting in favor of organizing under the banner of United Steelworkers (USW). The election marks the establishment of the first Starbucks union shop in Alberta, as announced by the union on July 12.

The vote arrives on the heels of two stores in two cities — Surrey and Langley — in Alberta’s neighboring British Columbia voting to join USW over the past two months. A further five stores in Lethbridge, Alberta, await word on certification. Prior to June 2022, the only unionized Starbucks in Canada was in Victoria, British Columbia.

The Millrise Centre store is located in the Calgary-Lougheed district and represented in the Alberta legislature by lame duck Alberta premier Jason Kenney. It’s an understatement to say Kenney has been no friend of the labor movement. Kenney spent his three years in provincial government tearing down most of the labor-friendly reforms implemented by his liberal predecessors in the New Democratic Party (NDP).

In a USW press release announcing the successful Millrise vote, barista Chey Watson alluded to some of the unique challenges workers at the store faced:

Our location has been more than willing to provide world-class service no matter the challenge we faced. Whether it was floods, tornados or even a pandemic, we worked through these challenges while maintaining a welcoming and affirming experience for our customers. But shipping issues, quality concerns and safety problems have slowly become daily issues instead of occasional challenges.

Jacob Dickenscheid, another worker who was involved in the union drive, told me that organizing efforts began around the start of the pandemic. “It started when I was sitting on the couch with my wife and we were talking about the fact that she had joined a company, which was actually represented by the United Steelworkers,” he said.

Through his wife, Dickenscheid got in touch with USW organizers after having a conversation with his colleagues about unionization and how they might benefit from it. Needless to say, the Millrise workers felt that the unionization would be beneficial indeed.

While there were specific concerns unique to the Millrise store, Dickenscheid said the main purpose of the union drive was to allow workers to flex their collective muscle. “When you’re dealing with corporations of such a large size, how do you have meaningful conversations or make meaningful headway into what labor practices and safety should look like at your company when you can’t actually go and speak to the head of the company?”

Dickenscheid was somewhat hamstrung by his morning shift — 5 AM to 9 AM — which prevented him from speaking to many of his colleagues face-to-face. “Thankfully, there was a core group of us who were really on board and wanted to let people know about what this could mean for us, so the only real struggle came from finding the time to get to talk to everyone,” he said. “We weren’t out there to forcefully change anyone’s minds.”

Dickenscheid explained that a specific workplace difficulty was an insufficient supply of popular new menu items that were being promoted heavily:

We’re doing our best when we sell out and everyone likes it. And then we get yelled at by customers for the next week because the warehouse or whatever — we’re rarely told what the issue is — has run out and they have nothing else to send us. We then have to appease people until we’re restocked. Stock issues like that have been kind of rampant for the last couple of years.

Another concern specific to Millrise was that, at the height of the pandemic, workers were expected to wear masks while customers didn’t have to. This is a point of contention that Dickenscheid says must be rectified for future COVID waves.

Anyone who has followed the company’s ongoing unionization wave knows that Starbucks would prefer to deal with its workers on an atomized, individual basis, without the collective mediation of a union. Earlier this year, the company was able to beat back a unionization effort at a separate Calgary location — in the food court of the Chinook Centre mall — by limiting the number of workers who were eligible to vote.

At the time, USW member Pablo Guerra blamed Kenney’s government for getting rid of automatic union certification. But workers at Calgary’s Millrise location were able to overcome those odds — despite management’s efforts to dangle existing benefits in front of workers and suggest they could lose them in their first union contract.

Sometimes these intimidation tactics work, but not in this instance. The company warned employees they could lose their right to transfer seamlessly from one location to another if they unionized. The threat may have strengthened the resolve of the organizing members, but it also made them think through the terms for which they’re fighting. “It’s kind of a scary thing for a lot of us partners, especially with such a young workforce and people who may not be planted in their forever city right now,” Dickenscheid explained.

This does highlight something the union will have to secure when negotiating its inaugural contract, he added. “We want to make sure that the benefits that we have through the company now are protected,” Dickenscheid said. “They’re not going to be something that gets taken away because they’re not written into a bargaining agreement. We want to protect what we have now.”

In May, the company attempted to make an example of the Victoria location, which was at the time the only unionized Starbucks in Canada. Immediately after the release of a company-wide email outlining wage increases, a separate email, addressed to employees of the Victoria location, declared that the unionized workers were to be excluded because the raise was not in their union contract.

It’s likely not a coincidence that Starbuck’s punitive announcement was made right around the time that the five Lethbridge stores filed for certification. But the company, in true passive-aggressive union-busting form, insisted it was merely fulfilling its obligations under the workers’ contract. This effort has unambiguously backfired. In the two months since sending out that email to the Victoria location employees, stores in Surrey, Langley, and the Calgary location have unionized.

Next up is Lethbridge, where all five Starbucks in the city are applying for certification. Guerra told the Globe and Mail that the company’s threats to close down unionized locations would be defanged by a unionization sweep of all the town’s locations. This effort is a result of Starbuck’s union-bashing elsewhere. The company dealt with union activism in Ithaca, NY, by closing down a location. “We thought, OK, if we can get all these workers from five stores together as a group to vote in favor of unionizing, [the company] can’t really use that as a tactic,” says Guerra.

On June 2, British Columbia’s NDP government implemented automatic certification if more than 55 percent of workers signed union cards. It remains to be seen whether Alberta will follow suit anytime soon. But no matter how the Lethbridge organizing goes, the case of Calgary shows that even when all the cards are stacked against them, workers can still take on a corporate giant and win.