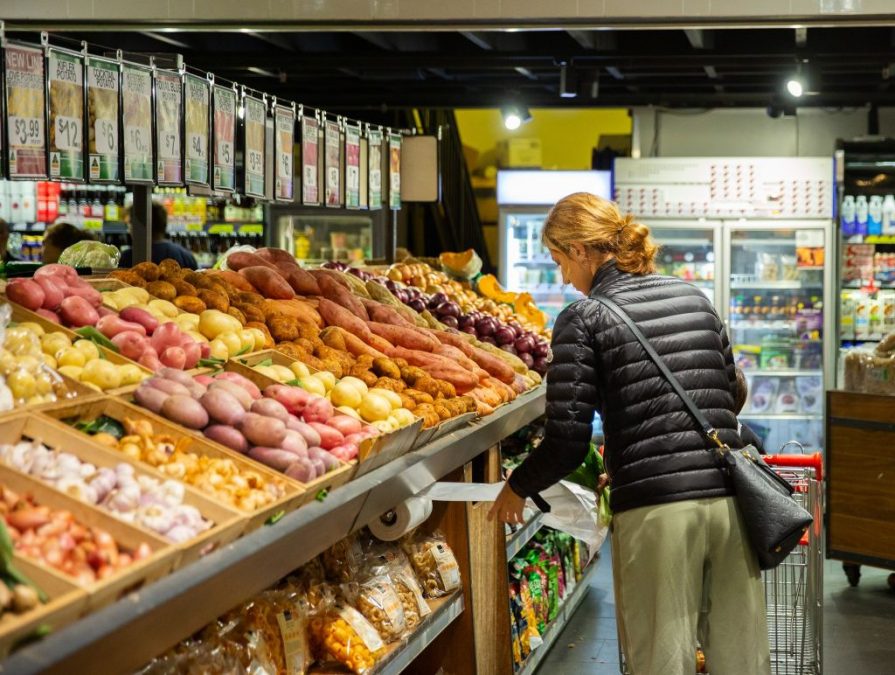 Inflation is eroding paychecks and rising interest rates are hurting people with mortgages. Anthony Albanese’s government could defend workers’ living standards by taxing the rich and controlling prices, but Labor’s neoliberal orthodoxy stands in the way.

The Australian Labor Party is in charge of an overheating economy, with inflation spiking and real wages sliding backward. (Hu Jingchen / Xinhua via Getty Images)

Treasurer Jim Chalmers gave a speech earlier this week on the state of the economy. Spoiler alert: it’s bad. Inflation is spiking, real wages are falling, and economic growth is slowing.

“The economic picture I have set out today represents a convergence of challenges, the kind of which comes around once in a generation,” he told Parliament.

As veteran political commentator Michelle Grattan observed, “Jim Chalmers delivers bad economic news well, which is a good thing because there’s a great deal of it about.”

Chalmers blamed international factors and the former Coalition government. He told Australian voters that he feels their pain. But while the prescription was grim, Chalmers had less to say about what he planned in the way of treatment.

Missing from his speech was any firm outline of a path toward lower inflation or higher wages. Labor will hold an economic summit later in the year. Chalmers will also deliver a budget in October. But beyond some tinkering with childcare subsidies and some vague promises for more renewable energy, there was little detail in his speech.

The bad news on the economy highlights the nasty spot the new Labor government finds itself in. In the short term, Labor is in charge of an overheating economy with real wages sliding backward.

The problem, as with much of the rest of the world, is inflation. War in Europe and the pandemic in China have combined to produce nasty shocks to international supply chains. Food and energy prices are a particular pain point.

But while the inflation problem is not of the government’s making, the problem of what to do about it certainly falls to it.

Unfortunately, Labor has few good options. Chalmers could let the inflation run — but this will hurt Labor’s base of low- and middle-income wage earners, who are already struggling with rising prices and falling real wages.

The Reserve Bank of Australia (RBA) has the blunt-force instrument of raising interest rates, which it is using. But the RBA is playing catchup. It was dovish on prices as inflation pressures mounted over the summer, and now is hiking rates in quick intervals. Stiff interest rate rises in coming months will obviously crimp consumer demand. But in doing so, they will also inflict significant pain on a core Australian political constituency: those who hold mortgages.

Fiscal policy is the other big lever in macroeconomic policy. As economist Steven Hamilton points out, the Commonwealth spends about one in every four dollars in the domestic economy. If he was brave enough, Chalmers could sharply cut government spending. A large and rapid contraction in federal spending would quickly flow through to the rest of the economy, throttling demand and cooling some of the more overheated sectors.

But voters hate austerity, and Labor has promised to protect social spending programs like Medicare and the National Disability Insurance Scheme. The government has also committed to continuing the ambitious arms buildup embarked upon by the Coalition.

Another way to take heat out of the economy is with tax hikes. Raising taxation would confiscate windfall profits from companies and shareholders that are doing very well out of the current price rises, especially in highly concentrated sectors like mining, energy, housing, banking, and retail. Middle- and high-income taxpayers are also about to get a big tax cut, promised by Josh Frydenberg before the election, due to start rolling out in coming weeks — Labor could cancel it. Tax hikes on corporations and the very rich would raise some useful revenue, and take some heat out of the economy.

But taxing corporates is politically risky, as Labor well remembers from its ill-fated attempt at a superprofits tax in 2010. Taking promised tax cuts off middle Australia, especially at a time of rising living costs, is even more politically dangerous.

All of this means Labor is unlikely to take an axe to fiscal policy, preferring to leave the dirty work of forcing demand to contract to the Reserve Bank. As a result, interest rates will rise, and rise rapidly. This is bad news for homeowners: mortgage repayments will go up, and house prices will fall.

How far house prices fall, and how the broader economy reacts, is suddenly a very interesting question. It’s difficult to overestimate just how obsessed Middle Australia is with housing as an asset class. Property prices dominate dinner-party conversations even in normal times; and these are far from normal times.

Can the RBA engineer a soft landing? Clearly, a recession in 2023 is in the cards. Right now, however, we have an economy and a labor market growing strongly, but in the context of a nasty supply-side crunch forcing up prices.

In recent months, much commentary has been spent harking back to the stagflationary 1970s. But the better comparison might be with the “stop-go” years of the 1960s, where rapid inflationary economic growth alternated with short, sharp recessions brought on by central governments slamming on the deflationary brakes. This is not a comforting history: it suggests that if and when Labor tries to deflate, there will inevitably be political blowback.

Labor wants to raise wages. But even in industrial relations, the government doesn’t have a lot of easy options. Proponents of Australia’s wage system championed it in the 1990s and 2000s for its supposed flexibility. However, the current inflationary surge reveals that this flexibility is entirely asymmetric. Australia’s industrial relations system has been engineered for wage suppression. While wages can fall easily enough in bad times, they rise much more slowly when times are good and labor is scarce. This might be helpful in the fight against inflation, but it is decidedly unhelpful for a Labor government watching real wages fall rapidly behind.

Rebalancing industrial relations to give unions and workers more power would be hugely controversial. For a generation, Australia’s fiercely adversarial industrial relations system has policed unions and throttled wages and conditions. And we can already see the false outrage building in response to Labor’s very modest wind-back of the Australian Building and Construction Commission, the Howard-era anti-union watchdog in the construction industry.

Political pain is probably locked in whatever Chalmers decides to do. That being the case, perhaps the smartest play would be to use the crisis to strengthen Labor’s friends and weaken its foes. If Chalmers were prepared to reach further back in history, there are now forgotten options to cool the economy: taxes on profits, higher taxes for the wealthy, price caps on essential goods and services. A windfall tax on mining and energy companies would strike at the heart of the interests of capital in Australia, interests that are implacably opposed to any form of progressive policy, especially those that lead to higher wages. Tax rises for the rich should be done anyway, because they reduce inequality. Raising them now has the advantage of a macroeconomic justification. Price controls on food and housing are considered anathema by neoclassical economists, but were regularly resorted to by governments in times of old.

Similarly, the government could do much more to strengthen the hand of organized labor. The government could try to rewrite the Fair Work Act, removing pro-employer provisions, strengthening employee protections, and giving unions back the legal right to strike. This would cause untold anguish among business lobbies and employer groups. It would also lead to higher wages.

Seizing the moment of crisis requires political courage, and it’s always hard to be optimistic about the Australian Labor Party’s political courage. There is a sense in which Labor is trapped by its own neoliberal orthodoxy, condemning itself to a demand squeeze without thinking hard enough about just who it could squeeze and how.

If they wanted to, Albanese and Chalmers could use this opportunity to tilt Australia’s political economy decisively away from its low-wage, high-inequality trajectory. But do they want to?