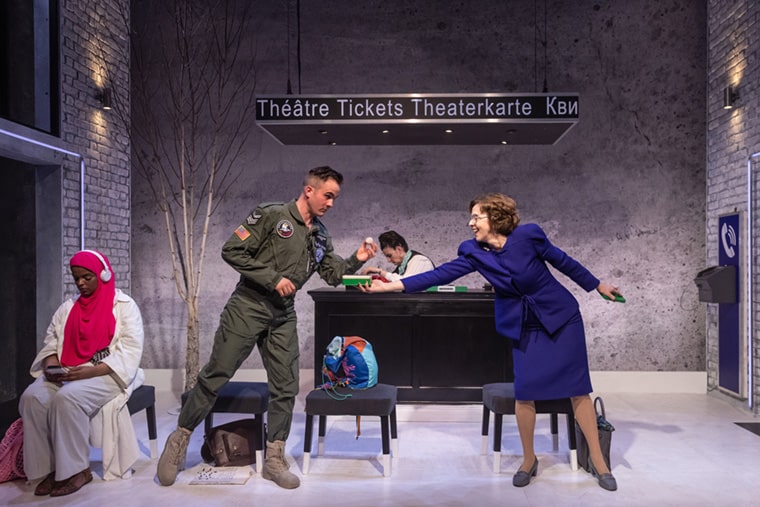 It can be hard to know where to start when it comes to planning what to see in Edinburgh in August. Together, the Edinburgh International Festival, the Fringe and the other festival programmes amount to the world’s biggest arts showcase.

Some artists recommend themselves thanks to their impressive track records. That is certainly the case with Irish dramatist Sonya Kelly’s latest play The Last Return (Traverse Theatre, 4-28 Aug).

A drama about four people queuing for a ticket for the hottest show in town, it is promised as a “comedy about conflict, peace and the pursuit of territory at any cost.” Kelly’s writing stands in the comic absurdist tradition of great writers like Eugene Ionesco and Edward Albee. A critical hit when it opened in Galway last month, it is presented by the superb Druid theatre company.

Returning to the Edinburgh Fringe after a short run during last year’s festival, This Is Paradise (Traverse, running until Aug 28) is another excellent Irish drama. Written by Michael John O’Neill and starring the exceptional actor Amy Molloy, this funny and moving one-woman play follows the life of Kate, a young woman in her late-20s who is living in fear of a miscarriage.

Set in the north of Ireland just after the Good Friday Agreement was signed, the piece is a humane, subtly political and brilliantly engaging theatre production.

The outstanding, experimental English theatre-maker and performer Tim Crouch can always be relied upon to create something interesting. His new work Truth’s a Dog Must to Kennel (Lyceum, 6-28 Aug) collides the chaos of Shakespeare’s King Lear with the dysfunctional global society we live in.

In this play, the Fool from King Lear “enters a virtual reality and returns to the wreckage of the world he left both onstage and off.”

Another exciting prospect is Isto e um Negro? (This is a Black?) (Summerhall, 3-28 Aug) by Brazilian theatre company E Quem E Gosta? Drawing upon the works of key thinkers on race and racism, such as Achille Mbembe, bell hooks and Frantz Fanon, the piece is bound to be a memorable theatrical contemplation of racial oppression. The show comes with the advisory notice that it contains nudity and is intended for audience members aged 18 and over.

Khan has re-set Kipling’s famous tale to a near future in which the young hero, Mowgli, is a climate refugee. Combining original music, ten dancers and state-of-the-art animation and visuals, it seems set to be one of the highlights of the Edinburgh International Festival.

Finally, although you can’t throw a stick in Edinburgh in August without hitting a stand-up comic, please don’t throw one at superb comedian Stewart Lee. This year he’s playing Snowflake (New Town Theatre, 3-28 Aug)—which is the second half of his hilariously satirical Snowflake/Tornado touring show—and a work-in-­progress offering titled Basic Lee (The Stand, 3-28 Aug).