Home / News / J. B. Pritzker Looks Like a Progressive Hero Because Democrats Have Set the Bar So Low 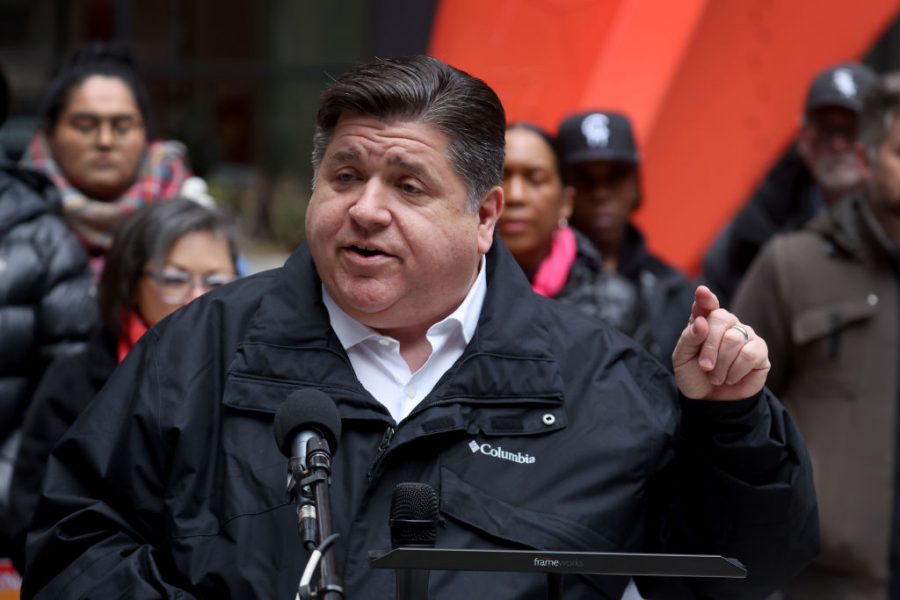 J. B. Pritzker is a billionaire Democrat who hasn’t even signed on to Medicare for All. But the Illinois governor has captured the imaginations of some progressives simply by doing what most Democrats won’t: running on popular ideas and following through.

I’m not a “socialist for Pritzker.” I doubt that very many people really are, although a Socialists for Pritzker Twitter account has more than 12,000 followers. The whole phenomenon is drenched in irony and ambiguity. But there is at least some genuine left-wing enthusiasm for J. B. Pritzker.

The Illinois governor would be a strange candidate for the role of Bernie Sanders’s political heir. For one thing, he’s a billionaire. For another, he’s never claimed to be a social democrat or socialist. And although he made one vaguely positive comment about Sanders’s support or Medicare for All in 2017 — two years before Pritzker became governor — I haven’t been able to find anything more recent to indicate that he supports the policy, and there’s at least some reason to think he doesn’t.

So why is this thoroughly mainstream Democrat warming some leftist hearts? Simple. The Democrats have set the bar so low it feels remarkable that Pritzker, after running on a handful of popular progressive positions, actually followed through when he was in office.

When Joe Biden ran for president, he talked about raising the minimum wage to $15. He also repeatedly promised to deschedule cannabis, pardon everyone serving time in federal prison for nonviolent marijuana offenses, and expunge their criminal records.

There was a token effort to carry out the minimum wage promise. It passed the House, and Democrats tried to pass it through the budget reconciliation process in the Senate so they wouldn’t need the sixty votes to overcome a filibuster. Then the Senate parliamentarian told them they couldn’t, absurdly claiming that raising the wages of 32 million workers wouldn’t have “significant” budgetary consequences, and the Democratic leadership shrugged its collective soldiers — even though the parliamentarian is a low-level staffer who issues nonbinding recommendations they could have just ignored.

The story on cannabis is even more pathetic. During a briefing on 4/20, Biden’s then press secretary Jen Psaki took a question about whether Biden was ever going to fulfill his promise and she claimed the president was “continuing to review his clemency powers.” This is all stuff that he could do unliterally. The parliamentarian wouldn’t have to be consulted. Joe Manchin and Kyrsten Sinema wouldn’t have to be brought on board. But a year and a half after taking office, the best Biden can do is to vaguely claim to be “reviewing” powers that no one anywhere doubts that he has.

Both policies would be incredibly popular. Sixty-two percent of Americans support a $15 minimum wage. Sixty-eight percent want to go beyond Biden’s promise — all the way to full federal legalization of recreational marijuana for adults. (A slight majority of Republicans support that one.) And Biden’s own approval rate is in the sewer. But he still won’t act.

Within about a month of assuming office, Governor Pritzker signed a $15 minimum wage bill into law. Within about six months, he’d signed one to legalize the recreational use of marijuana in Illinois. And at the end of the year, he pardoned 11,000 people with low-level cannabis convictions and expunged the records of half a million more.

He’s also price-capped insulin, made it easier for workers exposed to toxic chemicals to seek legal redress, and banned union-busting so-called “right to work” laws on the local level. Oh, and while national Democrats have shown little sign of doing anything about abortion rights beyond using the issue to raise money, Pritzker signed a bill to repeal a previous ban on late-term abortions in his state and codify “the fundamental right to make autonomous decisions about one’s own reproductive health.”

How Is the Bar This Low?

These are all good things. But it’s worth taking a step back to notice that they’re the kind of good things that Joe Biden, Nancy Pelosi, and Chuck Schumer all claim to support. None of Pritzker’s accomplishments have anything to do with the issues in dispute between Sanders and the clown car of centrists he faced off against in the battle for the 2020 Democratic nomination.

In fact, on the highest-profile issue differentiating Bernie from the centrists, Medicare for All, Pritzker seems to be on the wrong side. Before the Illinois primaries this year, all of the candidates for governor were sent a questionnaire that included a question about health care. Beverly Miles, who challenged Pritzker for the nomination (and was soundly defeated) said in her answer that she supported Medicare for All. Pritzker merely talked about making health care more “accessible” and “affordable.”

And while Pritzker has at least supported changing Illinois’s flat income tax to a progressive tax, there’s a pretty hard limit to the amount of wealth redistribution that it’s remotely realistic to expect a billionaire to support. Compared to the more typical policy preferences of politically active billionaires, Pritzker’s politics are very good — but he’s hardly the second coming of Sanders.

What he is, when you get right down to it, is a depressing symptom of the state of contemporary Democratic politics. He’s a Democratic governor in lockstep with the stated views of his party’s national leaders. The fact that he advocates basic progressive legislation isn’t unusual in any way.

The unusual part is that he actually seems to mean it.