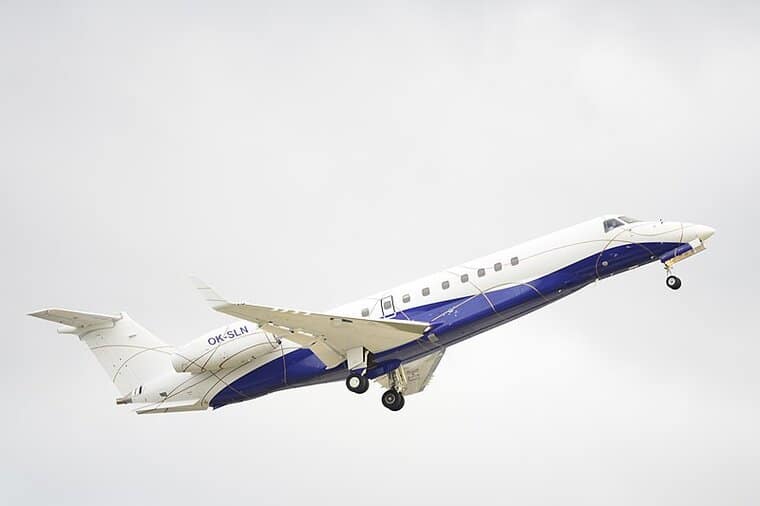 Lavish lifestyles of the rich and famous are causing climate catastrophe to take off (Picture: Wikicommons/ Aleem Yousaf)

Private jets are symbolic of the rich—expensive and damaging to the planet. The rich’s sense of entitlement and contempt for humanity produces a carbon-guzzling horror show in the skies. As international travel was limited during the Covid pandemic the ­ultra-rich, in increasing numbers, turned to private jets with no care for the damage being done.

Billionaires in the US grew their wealth by 56 percent during the pandemic. As a result private jet use soared by 7 percent. Private jets were used 3.3 million times in 2021, almost 300,000 more times than pre-pandemic levels in 2019.

Air travel already accounts for around 7 percent of Britain’s carbon emissions. That’s because flying is the most polluting mode of transport. In the face of deadly air pollution, we need a greener travel alternative. But just 1 percent of people—frequent first class and private jet fliers—cause half of these aviation emissions.

The Cessna Citation XLS, one of the most popular private jets, burns an average of 857 litres of aviation fuel an hour. A flight from London to Rome taking around 2 hours and 40 minutes burns 2,280 litres of fuel and produces 10.9 tonnes of carbon dioxide. In the same time the jet-setting elite would have emitted 2.7 times the amount of greenhouse emissions an average person emits annually.

It’s no surprise that the lifestyles of the richest 1 percent produce carbon footprints 175 times the size of those in the bottom 10 percent. The elite are quick to point the finger, often making speeches about the use of paper straws and eating less dairy. This hypocrisy stinks.

Prince Harry recently flew on a private jet to give a talk on climate change. He defended his flight as a safety measure. Mega-rich celebrity Kylie Jenner flew a journey last month that would take 40 minutes in the car, while Amazon boss Jeff Bezos often flies six miles across Los Angeles.

Private jet use can never be sustainable or justified—it’s not in its nature to be. Often jets fly empty—a process named leg flights—to pick up clients. A neat profit can also be made out of renting jets to those who cannot afford to buy their own.

The Climate Assembly report recommends banning private jets and helicopters to become carbon neutral by 2030 and prevent irreversible climate damage. Among some celebrities, the mood to ban private jets is gaining traction. To stay in the public’s favour and avoid backlash they appear to be on the side of the climate.

In reality they mega-rich don’t care about the climate crisis or their role within it. They can afford—or think they can afford—to ignore the ­sharpest effects of the collapsing climate. As the devastating effects of climate change produce wildfires, drought and extreme weather which force millions from their homes, the rich can jet off to avoid it all.

Hope for change lies in protests, resistance and strikes that want to break the businesses of polluting bosses and governments. But it’s also vital to demand a shift to cheap, sustainable, long distance transport to win climate justice for ordinary people.

Don’t believe that biofuels are a good alternative

Sustainable aviation fuel is a high demand biofuel that will supply just 5.5 percent of projected European jet fuel demand in 2030. For the entire aviation industry to switch would result in the mass destruction of biodiversity.

Climate group Extinction Rebellion says the “sustainable” fuel branding is “greenwashing”. That means the fuels are a con that pretends to be environmentally friendly while continuing with business as usual. Todd Smith, a former airline pilot, said, “Biofuels result in land grabs, deforestation, biodiversity loss, water scarcity, rising food prices and land-use emissions which can be worse than the fossil fuel they are replacing.”

Private jet companies also use carbon offsetting to claim sustainability. They say they balance their emissions by preserving and growing new forests, or by investing in renewable energy. Reforestation and renewable energy programmes are essential. But this alone isn’t enough—huge cuts in fossil fuel carbon emissions must be implemented.

According to the Intergovernmental Panel on Climate Change, even if a forest the size of the US was planted emissions would still need to be cut to reach net zero by 2050. And that’s just for a 50 percent chance of keeping global heating below 1.5 degrees Celsius.

The Tories are committed to boosting private jet use. In just nine months as foreign secretary Dominic Raab wasted over £1 million on private jets. The most expensive ticket was £236,487 when he took six officials to Cambodia in June last year. Seven tickets on a commercial airline would’ve cost £1,932.

The Tories splurge money while working class people drown in a cost of living crisis. Aviation companies also pay no tax on aviation fuel, yet people filling their cars pay a 57 percent duty. It’s one rule for the rich and another for ordinary people who pay the price for climate destruction.

A way to hide torture

Western states such as the US and Britain have previously used private jets for a sinister purpose. “Extraordinary rendition” is the term given to a state’s forcible abduction and deportation of an individual. Over 1,600 such flights to and from of Britain by private aircrafts were to further Britain’s role in torturing prisoners.

British resident Binyam Mohamed al-Habashi was arrested in Karachi airport, Pakistan on his way back from Afghanistan. His detention lasted for nearly seven years between 2002 and 2009.

In Pakistan he was held in a tiny cell and hung from the ceiling for a week. One FBI enforcer told him, “If you don’t talk to me, you’re going to Jordan. We can’t do what we want here, the Pakistanis can’t do exactly what we want them to.”

Binyam’s rendition took him to prisons in Morocco and Afghanistan. He was then sent to the US owned Guantanamo Bay torture camp before being released in 2009 with no charges.