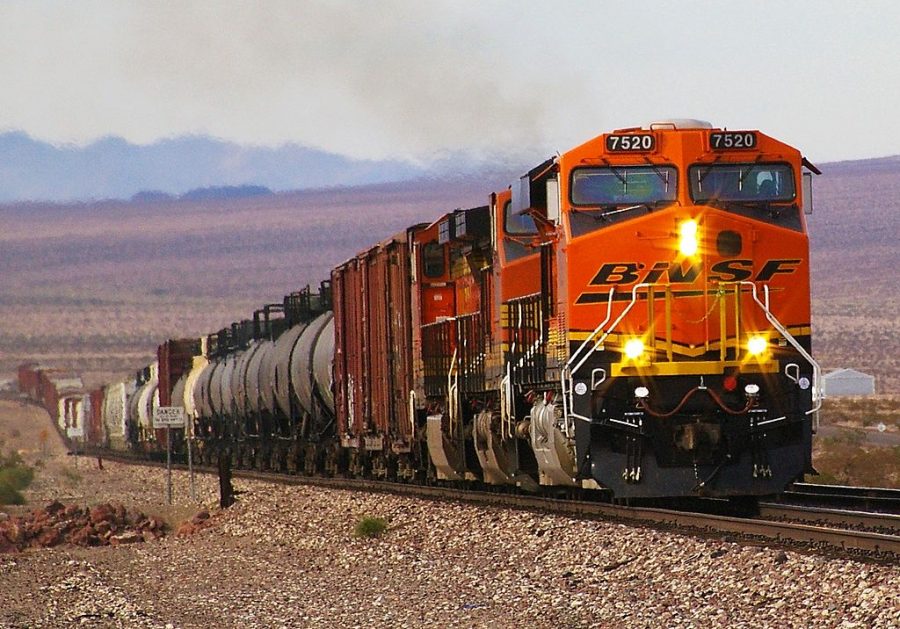 Once a coveted job, conditions for railroad workers have badly deteriorated. But railroad workers are central to our economy — so central that a current impasse between railroad companies and associated unions has prompted Joe Biden to intervene.

Six months ago, the spouses of Burlington Northern Santa Fe Railway Corporation (BNSF) employees detailed the toll the job was taking on their families. A letter containing twenty-five of their stories portrays a climate where workers find it impossible to maintain a personal life.

Nichole Bischoff, who has taken the lead in organizing railroad worker spouses, said to a local news outlet, “So many parents wanna be at every trick-or-treating event, every school function, baseball game and they just can’t, and our kids learn to live with it.”

“My husband can’t even attend any of his appointments,” one anonymous spouse complained. “He has already gotten dropped from a couple [health care] providers for poor compliance.”

Now conditions for railroad workers are poised to take center stage nationally. On Friday, July 15, President Joe Biden intervened in a labor dispute that could have a dramatic impact on the nation’s economy. Contract negotiations between the major freight railroad companies and their associated unions, representing 115,000 railway workers, have reached an impasse. Utilizing the procedures of the Railway Labor Act, the president stepped in to form a presidential emergency board that will hold hearings and issue recommendations during a thirty-day “cooling-off” period.

But there are no guarantees that this mediation will produce a settlement, as railworkers have been pushed to the brink by decades of brutal corporate cost-cutting measures.

Once a coveted job that few could be convinced to give up before retirement, conditions for railroad workers have badly deteriorated. Now workers increasingly leave early due to unsustainable scheduling demands, with workdays that can last up to nineteen hours. In the last six years alone, Class I freight railroads, including BNSF Railway and Union Pacific, have lost a combined 45,000 workers — 29 percent of their total workforce.

Jason Doering, the Nevada legislative director for the International Association of Sheet Metal, Air, Rail and Transportation Workers (SMART) transportation division, described the steep decline of working conditions in the industry, saying, “We’re spending more time at home-away terminals than we are at home. So the attitudes out here, I think, are warranted. Morale is at an all-time low.”

The adoption of precision scheduled railroading (PSR) has driven these changes, which have proven disastrous for workers. PSR is essentially lean production for the railways. Staff have been laid off, less profitable routes have been discontinued, and railyards and repair barns are facing consolidation. Meanwhile, still-employed workers have been forced to do more with less.

Another consequence of PSR has been excessively long freight trains, an issue that in 2019 prompted the US government to even release a report. For the general public, this phenomenon has caused serious problems, like standing in the way of emergency responders.

The long trains also exact a brutal toll on workers, because they stretch the workday out even longer. Doering explained, “When you’re going up a twenty-mile hill going nine or ten miles an hour in the middle of the night, it gets on you.”

As railworkers have consistently testified, the adoption of PSR means they are constantly pushed to work faster and ignore their own health and safety. But PSR has been a boon for Wall Street, creating billions in shareholder value. Across companies, dividend payouts and stock prices have exploded even with declines in service.

From 2011 to 2021, Union Pacific cut its workforce from 45,000 to 30,000 and experienced a decline of on-time deliveries. Despite poorer performance, their stock prices and dividend payouts quintupled as a result of their cost-cutting measures against railworkers.

These trends can be traced back to the deregulation of the rail industry in 1980 with the Staggers Act. Since the bill’s passage to 2019, railroad industry employment has dropped from 500,000 to around 135,000 as Class I railroads has sold off lines. In 1980 there were forty Class I railroads, while today there are only seven. These seven companies absolutely dominate the railroading market.

While this lean system is great for Wall Street, it’s terrible for supply-chain resiliency and the basic functioning of interstate commerce. Railcars usually do not contain consumer goods. Instead, they transport materials that are fundamental to our economy — things like gravel, grain, coal, and chemicals. The dysfunction in our rail system is even exacerbating the crisis at the Port of Los Angeles.

The last rail shutdown in this country occurred in 1992, when machinists at CSX went on strike. Though it only lasted two days, it had a crippling effect on the national economy. Especially given our current supply-chain woes, rail workers have tremendous leverage at this moment. The Chamber of Commerce is certainly aware of this threat, pleading with President Biden on July 8 that he intervene to prevent a shutdown.

This conflict is yet another example of the heightened combativeness among US workers, both union and nonunion, in the last few years. Railworkers have been beaten down by a corporate offensive of deregulation and staff cutbacks. Now they’re fighting back and have the potential to shake the foundations of our economy.