Home / News / Energy Companies Are Profiting from Your Misery 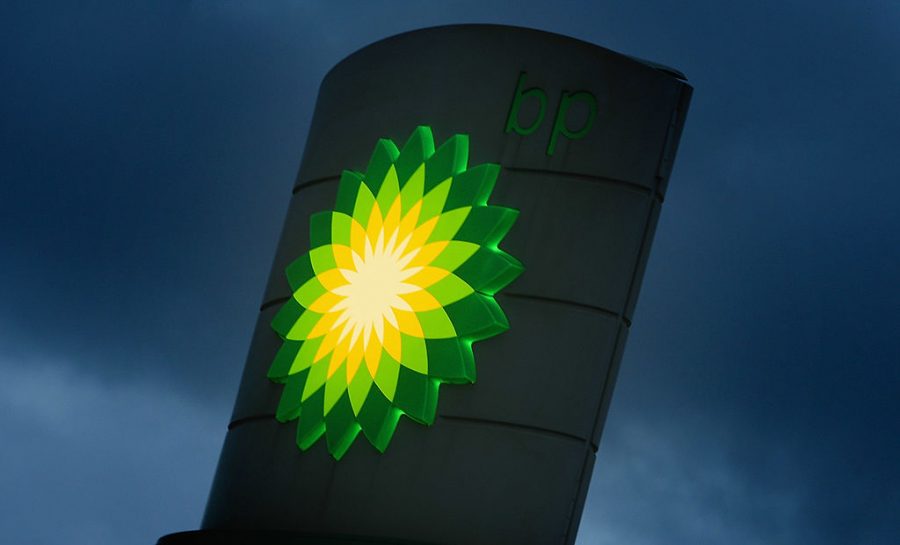 Today BP announced its profits had tripled in the past year, at exactly the same time as energy bills are driving millions into poverty – it’s time to take on the profiteers who are holding the public to ransom.

The BP logo is illuminated at a petrol station on 3 February 2008 in Salisbury, United Kingdom. (Matt Cardy / Getty Images)

This week, while people across the country are worrying about how they’re going to heat their home throughout the winter, oil and gas giants are reporting obscene profits. BP have tripled their profits to almost £7 billion, their second highest quarterly performance in history, and unsurprisingly they plan to hand billions of this to shareholders. Centrica, the owner of British Gas, reported half year profits that are five times higher than last year, and Shell’s quarterly profits were up 109 percent.

Research by Common Wealth shows that oil and gas companies have handed out almost £200 billion to shareholders since 2010. £20 billion is needed to keep household energy bills at their current level while prices are high—and Shell and BP’s profits since 2010 would cover that amount more than seven times over. This year they are expected to make a further £40 billion in profits, and for the last three years they’ve paid no corporation tax on their North Sea operations.

But we don’t have to just accept this status quo of oil and gas giants recording soaring profits while our energy bills skyrocket. Doing so is a political choice. Oil and gas companies operating in Norway pay a corporation tax of 22 percent and a special tax of 56 percent. In other words, there’s a permanent windfall tax. Yet for every £100 Norway collects in tax on barrels of oil in the North Sea, in the UK, we collect only £8.

Norway first invested in developing its hydropower, so today 98 percent of the country’s energy is renewable. It then used its oil wealth to set up Statoil (now Equinor, 67 percent owned by the Norwegian state), and to create a sovereign wealth fund for the future worth $1.4 trillion. This means that in today’s energy crisis, it will pay 80 percent of people’s bills above a capped price. Meanwhile our energy bills are expected to rise by around 160 percent year on year in October.

Natural resources like oil and gas, wind, sun, and hydropower belong to all of us if they belong to anyone—but right now a handful of shareholders are profiting while ordinary households suffer. The whole world—including Norway—needs to stop drilling and switch to renewable energy to tackle the climate crisis. But while we’re allowing private oil and gas companies to operate, we should be taxing them at the same level as Norway, and using this money to invest in the clean, green, affordable energy of the future.

But it isn’t enough just to tax these super profits. Without tackling the question of ownership in our energy system, the underlying issues will remain the same.

Over the last year around thirty UK energy supply companies have gone bust, and Bulb is currently being propped up with billions of pounds of public money. There has never been a better time to create a publicly owned supply company that people can rely on, working for the public, not for shareholders. This company can make sure people aren’t ripped off, plan for fluctuations in global energy prices, and invest in renewable energy. It’s already the norm in other countries.

In Germany, France, and Italy, most people already get their energy from a publicly owned company. Research shows that prices are between twenty and thirty percent lower in systems with public ownership. In Germany, two thirds of people have municipal owned electricity. In France, two thirds of people get their energy from EDF, which took the hit to keep energy bill rises to only four percent. It’s time for us to follow suit.

But while energy supply companies have—rightly—been roundly discussed, one thing that flies under the radar is the need for a state owned renewable energy company. The UK should set up a publicly owned company to lead the way on renewables and tackle the climate crisis. This would reduce our dependence on fossil fuels like gas, and move us faster towards renewable power like wind and water.

A publicly owned renewable energy company would work locally, regionally, and nationally to deliver a just transition. It would skill up workers, provide decent UK jobs, and level up communities. Profits can be returned to the public purse here in the UK instead of flowing out of the country. Other countries show us this is possible. Of the top ten countries generating renewable energy, only the UK is without a publicly owned one. This is farcical.

The Norwegian state owns Statkraft, the largest renewables generator in Europe (which operates in the UK). Norway is also considering setting up a state-owned hydrogen company. Meanwhile, Denmark owns fifty percent of Ørsted (previously DONG Energy), which is the world’s largest developer of offshore wind power. Around fifty percent of UK offshore wind is publicly owned right now, but only 0.07 percent of it is publicly owned by the UK. This is a huge missed opportunity, especially for a country with our geography.

We could, and should, choose to benefit from our own natural coastline and resources, and drive forward the green transition—instead of leaving this vital task to private companies.

You can sign We Own It’s petition to bring energy into public hands here.