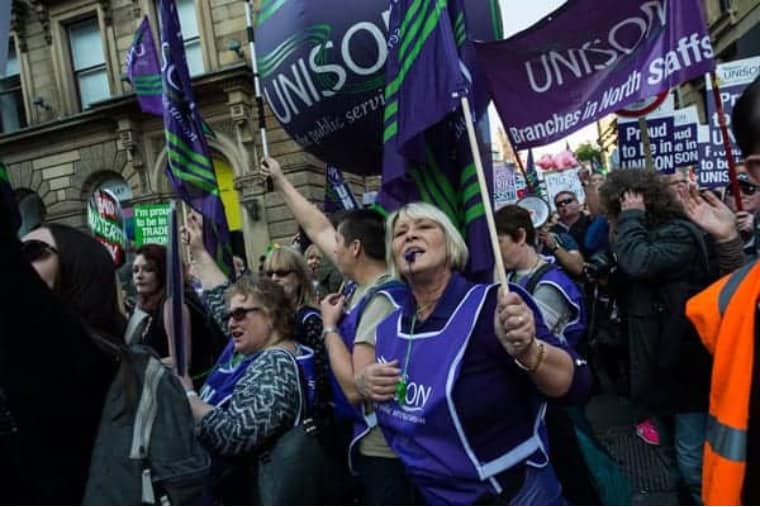 Local government workers across Britain could be heading for a confrontation over poor pay. In England and Wales, workers received an offer from their employers last week that their pay would be increased by £1,925 a year. But with inflation running at record highs, it represents a pay cut for all workers across the board.

“The offer is higher than expected. But even for those who will get the biggest percentage increase—the very low paid—it’s still the biggest real terms pay cut in years,” she said. “We need a strategy from Unison that makes members feel that when we fight we can win.”

Unison is undertaking a consultative ballot without offering a steer on whether to accept or reject the paltry offer. It should have been a formal strike ballot with a clear call to throw out the offer and strike.

And it should be linked to a fighting strategy for strikes in other significant sections of Unison members such as the NHS and higher education. In Scotland, workers at nine councils could be out on strike at the end of August after voting for walkouts over pay.

Members of the Unison, GMB and Unite unions in schools, waste and early years education voted overwhelmingly to strike in every council. The ones that passed the anti-union laws threshold are Glasgow, Orkney, Aberdeenshire, East Renfrewshire, North Lanarkshire, South Lanarkshire, Clackmannanshire, Stirling and Inverclyde.

In many other branches they came very close to passing the threshold. These branches are preparing to re-ballot.

“The majority of people are waking up to the fact that we need to fight,” Dundee council worker Arthur Nicoll told Socialist Worker. “This is a big year. We have to make a difference. “We were offered 2 percent and England and Wales were offered more—it makes our offer look even more insignificant.”