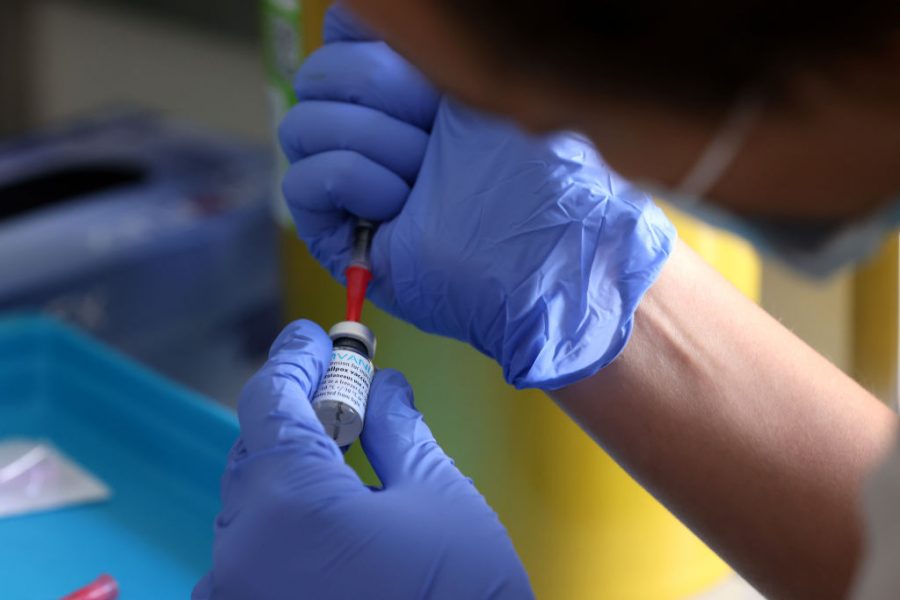 After the failures of the Covid pandemic, the world’s richest countries pledged greater cooperation on global health policies – but the monkeypox outbreak is already exposing those commitments as little more than words.

A medical professional prepares a dose of the monkeypox vaccine on 23 July 2022 in London, England. (Hollie Adams / Getty Images)

If the Covid-19 pandemic exposed anything, it was the lack of international solidarity that exists in global public health. The hard-learned lessons of the Covid response, including the consequences of vaccine hoarding, the refusal to waive patents, and the withholding of research data, have made clear the power asymmetries in the global health field. Profits proved a priority above humanity, prompting pledges from the global health community to more robust and selfless coordinated international responses to future crises: that injustices like a vaccine apartheid must never happen again.

Just two years into the pandemic, these pledges risk seeming hollow. The global health community is now faced with another emergency in the form of the monkeypox outbreak. Cases have risen rapidly, reaching 6,836 this year, including 2,208 in the UK, 3,125 in Spain, and 3,125 in the United States. As with Covid-19, the World Health Organisation (WHO) delayed their decision to classify the monkeypox outbreak as a public health emergency of international concern (PHEIC), only doing so on 23 July. This left several global health authorities anxiously tracking cases in the hopes of avoiding another pandemic. The disease has changed, but old patterns of response are reoccurring.

The preferred vaccine to combat monkeypox is currently in short supply. Reports from the CDC, and from US states including San Francisco, New York,  Los Angeles, New York,  Florida, and Virginia tell of people struggling to access vaccines, in some cases waiting in long lines only to be turned away from clinics. In response, high income countries like the US have rushed to order huge stocks; Bavarian Nordic, Danish manufacturer and reportedly the sole patent holder for an EU- and US-approved monkeypox vaccine, has raised its 2022 revenue projections to roughly two billion Danish kroner ($280 million), up from its initially expected $110 million. Bidding approaches for access to the 16 million doses that currently exist give wealthier countries the upper hand.

But monkeypox, a viral infection, has been endemic to eleven central and western African countries including Cameroon, the Central African Republic, the Democratic Republic of the Congo, and Nigeria for years now, without engagement from the WHO around ensuring vaccinations. A monkeypox epidemic has gripped Nigeria since 2017, with more than 200 confirmed and over 500 suspected cases. That vaccines are only now being hastily procured, and with minimal attention given to procurement or manufacturing capacity in those countries worst affected, proves the limits of the commitments made during Covid.

It does not make sense to have an ‘international’ monkeypox response only happening in the UK, Europe, and North America. Instead, the response has to address what is occurring in places like Nigeria, were cases are rapidly increasing. Without doing so, monkeypox cannot be contained.

With seventy-six deaths recorded on the African content since the start of 2022, it would make sense for vaccination to be prioritised in these African countries—but little to no pharmaceutical investment has been dedicated there. WHO member states have previously pledged more than thirty-one million smallpox vaccine doses (which can also provide some protection against monkeypox) for smallpox emergencies, but these have never been distributed to African countries for use against monkeypox, despite African researchers, scientists, and public health officials having warned the world for years now of the potential for the virus to spread more widely and rapidly.

To some credit, the WHO is trying to mitigate its mistakes during Covid-19 by recognising the disparity in the global attention monkeypox has received—for example, by choosing to report monkeypox cases across African countries and other countries together, rather than separately, as well as pushing to destigmatise the disease by changing the names of monkeypox strains currently known as the West African clade and the Congo Basin clade. World leaders within the WHO have also proposed a Pandemic Preparedness Treaty, which makes provisions for a coordinated international response guided by the International Health Regulations. Signatories would commit to practices like timely data-sharing, alert systems, research, and local, regional, and global production and distribution of medical and public health countermeasures, like vaccines, medicines, diagnostics, and personal protective equipment.

But given that the advisory panel part of the WHO previously decided against labelling monkeypox a PHEIC not once but twice, its actions should be approached with scrutiny. The treaty, for one, may go some distance toward formalising a moral impulse, but the WHO does not have the legal authority to enforce the treaty—so how can it guarantee that obligations would be met and implemented equally across countries in the Global North and South? If the WHO’s history is anything to go by, the influence wielded by Western nations and private donors like Bill Gates mean their health priorities are pushed to the forefront of the global health agenda, to the detriment of other, equally vital preventative goals like the strengthening of health systems in Global South nations. Without attention to such imbalances, the proposed treaty risks enshrining inequality in its application.

As it stands, monkeypox is having a disproportionate impact on men who have sex with men (MSM). There was a backlash to the WHO stating on Twitter that the virus is mostly affects MSM, but the information is vital and prevents obfuscation on a core issue—which is how governments, especially in the Global North, are responding (or failing to respond) to the outbreak.

Global health as a public good remains aspirational in the face of capitalism, nationalism, and Big Pharma’s profiteering. The fragmented response we are seeing now is not just a political issue but a serious problem for the control of monkeypox worldwide. While countries in the Global North focus on finding solutions in silos and leave out countries in the Global South, we risk getting caught in the crossfire of two pandemics. If we are not careful and quick to promote a stronger, actionable international solidarity, it is only a matter of time.