Home / News / Roe Was Always a Terrible Basis for Abortion Rights. Now We Can Fight for Something Better. 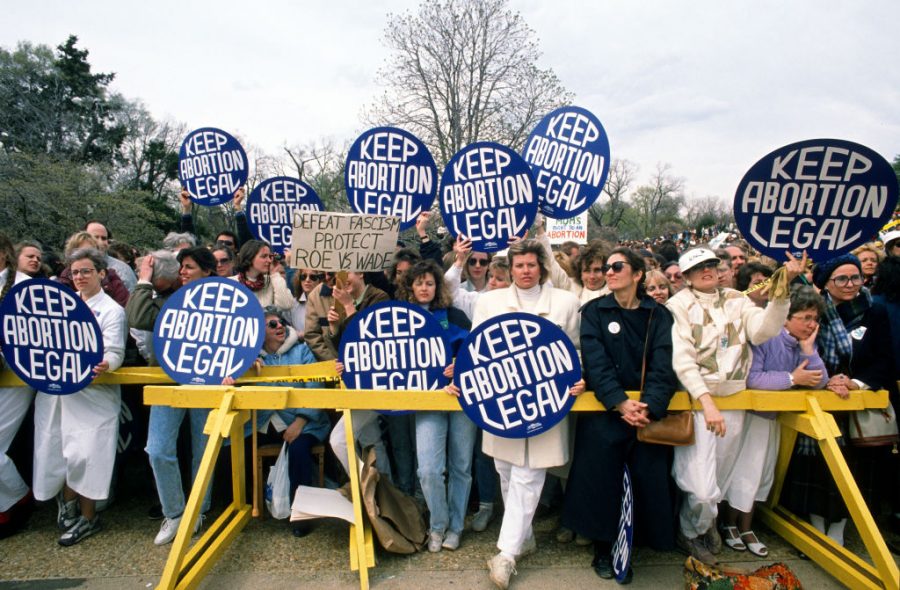 Abortion activists had to defend Roe when reproductive rights hung in the balance of its defense. But it was always a weak foundation for those rights. We shouldn’t want Roe back — we should demand much, much more.

Roe v. Wade is gone for good. This is, of course, very bad for abortion rights. But the decision was never a solid foundation for defending those rights.

Since the Supreme Court struck Roe down, rally signs have demanded we “restore Roe” and Democrats trumpet the need to “codify Roe.” This is wrongheaded.

Roe v. Wade was not a good decision. It was grounded in respect for doctors’ freedoms, not women’s, and in the consumerist right to “choose” an abortion if you could pay for it, not in the right to equality. Three years after the Roe decision, Congress enacted the Hyde Amendment banning federal funding to allow poor women to get abortions. States began enacting more and more restrictions on abortion, requiring parental (and even spousal) notification or consent, forcing ultrasounds, compelling inaccurate speech by health care providers, placing onerous requirements on abortion clinics, barring late-term abortions, and so on.

There may have been a federal right to “choose” abortion, but for many women, especially poor, black, and brown, and young women, that didn’t mean any ability to get one.

When Roe was what we had, abortion rights activists were forced to defend it and argue within its pinched contours. The Supreme Court in Roe framed abortion as a private “choice,” so feminists defended the “right to choose,” to which antiabortionists retorted, “It’s a child, not a choice.” Hillary Clinton defended the right to choose, but called abortion a “sad and tragic choice.” Many politicians could call themselves pro-choice, but, like President Biden, are unable to say the word “abortion.”

The Supreme Court’s decision overturning Roe will harm the lives of millions. Yet in the wake of this bitter defeat, we also have new opportunities to think bigger, better, about what we really want and deserve. We can finally focus not on defending a defective law, but on winning a legal and political framework for abortion rights that can actually deliver what we need. In the words of the feminist theorist and activist Selma James, it is time to embrace “the perspective of winning.”

We don’t want Roe back. We want more.

The right to abortion in Roe was limited by the concept of viability. The decision assumed without explaining that the state has an interest in “potential life” that may trump a woman’s autonomy and defined viability as the moment when the state’s interest in the potential life of the fetus becomes compelling. By focusing on viability rather than birth, the decision refused to acknowledge the unique geography of pregnancy — by definition fetuses are located inside of human beings. Until birth, any contact between state and fetus must go through the woman. Therefore, birth would seem far more salient than viability. The decision treated the fact that at viability a fetus could survive outside a woman’s body as equivalent to its actually being outside a woman’s body, a strange leap, as it were, around the birth canal.

We don’t want Roe back. We want more.

The Court in Roe v. Wade did not ground the right to abortion in equality, or even in women’s freedom, but rather in the right of privacy. And not even women’s privacy, but the privacy of the doctor-patient relationship.

In Justice Harry Blackmun’s decision, the freedom from government intrusion belonged not to individual women, nor even to women in consultation with their doctors, but to the “physician, in consultation with his patient.” Even this limited role for the pregnant woman dropped away by the time the holding was summarized a few pages on. During the first trimester, “the abortion decision and its effectuation must be left to the medical judgment of the pregnant woman’s attending physician.”

Under Roe, women were free to “choose” without the government stopping them — but also without any social and financial support to provide the conditions for meaningfully free choice, and with women’s freedom protected not in its own right but as a corollary of others’ (doctors’, husbands’) freedom.

Abortion is fundamentally an issue not of privacy but of equality.

The difficult moral claim we make when we defend abortion is that women’s lives have independent value, not subsidiary to anyone else’s rights and not dependent on the judgment of anyone else. A woman is not of value only as a mother or a wife or a member of a family but in her own right, whether anyone else likes her choices or not. This means, among other things, respecting the unique geography of pregnancy, and therefore women’s right to control it.

Sure, privacy is a good thing and we need it, as far as it goes. Like any health care procedure, my abortion is nobody’s business but my own. But abortion is fundamentally an issue not of privacy but of equality. A woman cannot be a full and equal citizen if she faces the perpetual threat of being forced to bear a child against her will.

Men may not need abortions to participate in society as equal citizens, but women do, and it is time to begin demanding what we need. We need not just the right to choose an abortion, but the right to get one, socially funded if necessary. Hillary Clinton was wrong to call abortion “sad and tragic.” The right to get an abortion when you want one is an affirmative good to which all who can get pregnant are entitled.

To regain our reproductive autonomy, we must unapologetically demand it. Otherwise, we will keep losing.