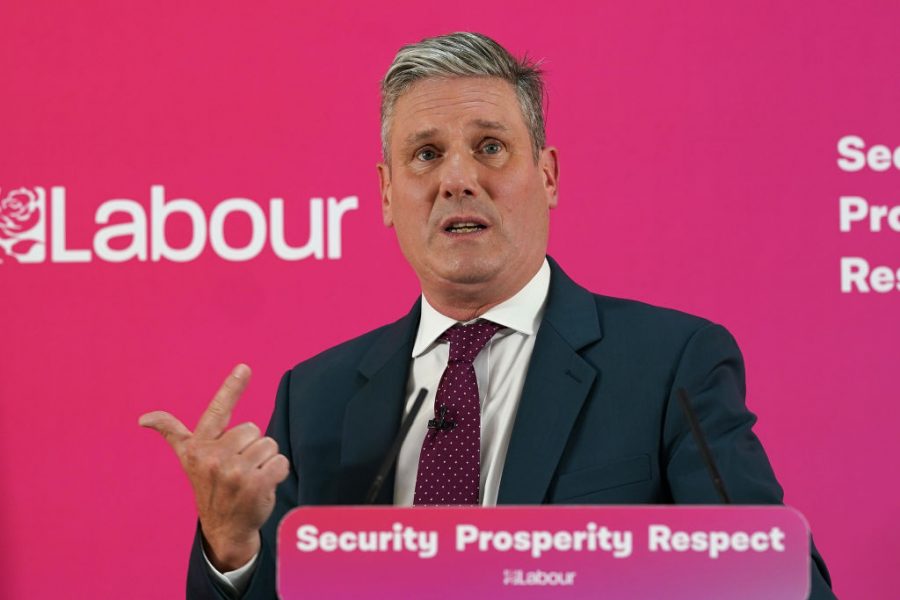 As workers across the country fight for pay rises, Keir Starmer could have highlighted the failure of the Tories to tackle the cost of living crisis – instead, he started a massive public spat with the trade union movement.

It’s no great secret that relations between Keir Starmer and trade union leaders have been worsening for some time. However, the recent sacking of Sam Tarry—dropped from his job as shadow transport minister for appearing on an RMT picket line—marks a further deterioration. Starmer complained that Tarry had ‘made up policy on the hoof’, something which never seems to be a problem for Rachel Reeves whenever she rewrites Labour Party policy in front of the TV cameras, as is her wont.

Union leaders responded to Tarry’s sacking with palpable anger. In a statement that, despite its potential political significance, appeared to go largely ignored by the mainstream press, ASLEF general secretary Mick Whelan—who is also chair of Labour’s influential Trade Union Liaison Organisation—said on Twitter that ‘maybe it’s time to recognise the link is gone’. Whelan had previously gone as far as to warn that the Labour leadership’s hostile response to the recent RMT strikes ‘may end the party’.

Meanwhile, Unite’s Sharon Graham was similarly outspoken in newspaper interviews over the weekend. Speaking to the Observer, she said that the Labour Party was rendering itself ‘irrelevant’ and that its refusal to back trade unionists engaged in industrial action, along with its abandonment of key policies on public ownership, effectively meant that it was ‘sticking two fingers up’ at struggling workers. Most importantly, Graham indicated that if and when the issue of disaffiliation from Labour next came up within Unite, she would not oppose it.

If these comments really reflect what union leaders are thinking, the consequences for the party-union link, and Labour itself, could be seismic. Lisa Nandy subsequently appeared on a CWU picket line, though it wasn’t clear if this meant Starmer had backed down or Nandy had just ignored him; Shabana Mahmood has since been on Sky News claiming there’s a ‘world of difference’ between MPs ‘picketing on a picket line’ and meeting constituents to talk about their concerns on a picket line—with the latter description, she says, applying to Lisa Nandy. Others on the Labour right seem to sense an opportunity to finally jettison the more left-wing trade unions, along with many of their allies in the Socialist Campaign Group.

With workers facing another brutal, all-out attack on their living standards and the prospect of millions more being plunged into poverty, Starmer’s Labour has set its face against industrial action to defend living standards, content once more to play Tweedledee to the Tories’ Tweedledum. According to the New Statesman, some Starmer staffers are ‘deeply sceptical about the links between Labour and trade unions’, and his allies ‘believe he welcomes the opportunity to define himself as against above-inflation pay rises’.

All this comes as the Tories line up new anti-union laws, the introduction of which is inevitably going to be a priority for whoever wins the Tory leadership contest, raising the spectre of a general strike. Liz Truss, the favourite to win, has threatened to impose minimum service levels on ‘critical national infrastructure’, practically outlawing effective industrial action in education, the postal service, and the energy sector. Minimum service levels on the railways are also in the pipeline, having been a Tory manifesto pledge in 2019.

A party that sacks frontbenchers for supporting striking workers is not going to mount a robust defence of trade union rights when they’re under attack, but Labour is a trade union party, or it is nothing. The party emerged, in Ernest Bevin’s phrase, ‘out of the bowels’ of the unions. Throughout most of Labour’s history, union leaders have been hesitant to interfere with the prerogatives of its political leaders. Since the 1980s, however, right-wing Labour leaders have come to see the unions as something to define themselves against.

As such, Tony Blair left the bulk of Thatcher’s anti-union laws—to this day some of the most restrictive in Europe—in place, while making a point of picking fights with the more assertive trade unions (eventually prompting the disaffiliation of the RMT and the Fire Brigades’ Union, the latter re-affiliating under Corbyn). Starmer and his advisors, who include a number of dredged-up Blairites, may think they can dust off the old New Labour playbook and follow it to the letter, but the current crop of left-leaning union leaders are unlikely to allow themselves to be kicked around.

The Labour right’s wrecking campaign under Corbyn—the most pro-trade union leader the party has ever had—has also left lingering bad blood. It is far from clear that the old alliance can be pieced back together; unsurprising, since one side has spent seven years smashing it to smithereens. The Forde Report, despite its legalistic caution and straining to be even-handed, again laid bare the scale of the sabotage under Corbyn—but with the right having regained its stranglehold on the party, Forde’s findings are likely to prove inconsequential.

This raises pressing questions for left-wing trade union leaders about their political alliances. Disaffiliation from Labour is not a step that any union would take lightly, given the obstacles facing any new socialist party. First-past-the-post makes it very difficult for new forces to break through, hence the litany of previous failures to set up a mass party to the left of Labour, such as TUSC and Left Unity, to name just a few. Yet with popular anger mounting, the Labour Party is evidently unwilling to offer it a political lead.

The late Lewis Minkin, writing in The Blair Supremacy—his impressive and exhaustive study of New Labour—made a very astute observation about the Blairites: ‘They thrill to their own apostasy, sometimes without much questioning of the political costs.’ Nothing much seems to have changed in that department; they remain as narcissistic and reckless as ever. But those who think they can discard the trade unions and finish the job of turning Labour into an even paler imitation of the US Democrats are increasingly jeopardising the party’s entire existence.