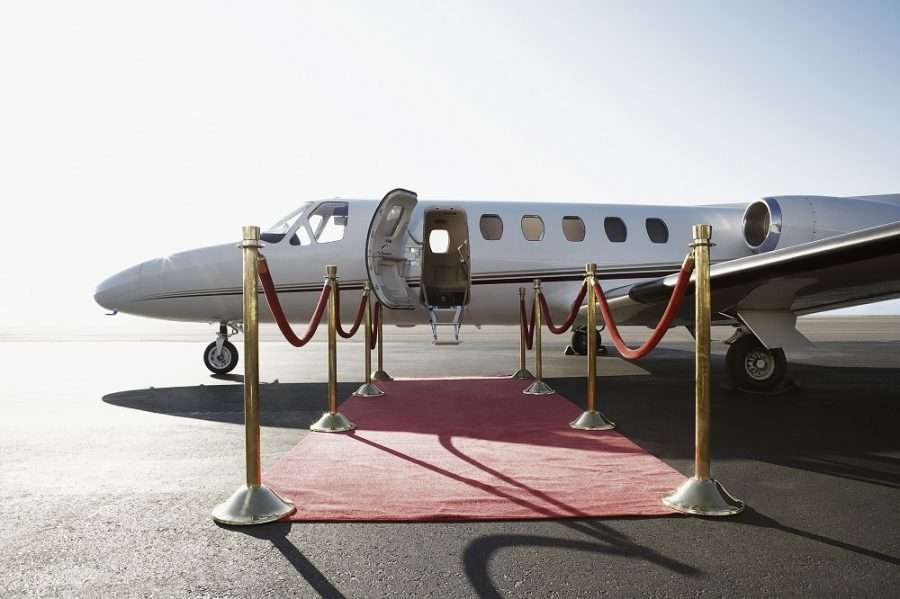 Last week’s report into celebrity jet use made clear just how casually the rich spew carbon into the atmosphere. We should get their private planes out of the skies for good.

Last week digital marketing agency Yard published a report based on the aggregate findings of ‘Celebrity Jets’, an automated tracker that points out the worst excesses of the A-listers by sharing their private jet flight data. (Jupiterimages / Getty Images)

Temperatures in the UK and across the world are breaking new records. With wildfires, droughts, and death tolls reaching into the thousands, the catastrophic impact of the climate crisis is here and clear for all to see.

Coupled with soaring energy and petrol prices, rampant inflation, declining real-terms wages, and a chronically underfunded and increasingly expensive transport system, the relationship between the way we travel, our wallets, and the impact on the planet have been at the forefront of this period of heightened public sensitivity and scrutiny. Direct action groups like Just Stop Oil have even targeted road infrastructure, briefly shutting down the M25 while calling for an end to new fossil fuel projects.

Pouring further (jet) fuel on to the fire of climate radicalism, last week Yard, a digital marketing agency, published a report based on the aggregate findings of ‘Celebrity Jets’, an automated tracker that points out the worst excesses of the A-listers by sharing their private jet flight data. From their CO2 emissions to their fuel costs and sometimes ludicrously short journey times, the data is laid out for scrutiny—and has sparked outrage and, sometimes, despair among the normal population, which is much more likely to bear the brunt of the climate crisis than those taking to the skies.

Around eighty percent of humanity has never taken a flight, while Kylie Jenner took five flights in a single week with an average flight time of less than twenty minutes, including one three-minute journey. One single journey managed to emit ten times the average annual footprint of someone from Uganda, where this week climate change has led to flash floods that have killed dozens and displaced thousands. Private jets in general are notoriously destructive for the environment, on average emitting up to fourteen times as much CO2 as commercial jets, themselves the second highest polluting form of individual transport available. And despite the growing focus on climate change, private jet usage has actually crept upward since the pandemic, with seven percent more flights in 2021 than 2019.

The role of drastic inequality in worsening in the climate crisis is not itself news. Oxfam last year reported that the carbon emissions of the richest one percent globally are set to be thirty times the level compatible the 1.5°C limit in 2030, while the carbon footprints of the poorest fifty percent are set to remain well below. Jet-setter celebrities like of Taylor Swift, Floyd Mayweather, and Jay-Z—the three Yard report-toppers—are not just irresponsible individuals, but symptoms of the rank inequality and grotesque overconsumption enabled and encouraged in the economic system under which we live.

The problem will worsen as private jets grow in size and a new cohort of ultra-rich lock themselves into this mode of transport, making their planet inexorably smaller and our planet unbearably hot. In the longer term things will likely go further as more billionaire demagogues like Elon Musk and Jeff Bezos look to outer space rather than just the domestic sky to get their kicks, with emissions from a single billionaire spaceflight exceeding the lifetime emissions of someone in the poorest billion people on Earth.

In the wake of the report and the outcry it caused, featured names like Taylor Swift and Drake hit back. Drake, hilariously, defended his predilection for short-haul flights by arguing that his journeys weren’t wasteful as his plane was empty; Swift’s team argued that she simply loans out her private jet to other individuals, apparently exonerating her of responsibility.

What these responses show is that while understandable, climate shaming, the phenomenon that sees the ultra-rich called out for their enormous emissions and green hypocrisy, seems doomed to follow the same flawed, conscience-focused path of parts of the liberal climate movement elsewhere. In the US, for example, the stagnant Biden regime has attempted to gently cajole the aviation industry to voluntarily reduce emissions by 2030, but this is nowhere near far enough. Finger-wagging directed at fossil fuel companies in the hope of shaming them into decarbonising has repeatedly proved meaningless when weighed up against record profits.

Appealing to the better angels of human nature won’t cut it; only systemic change and a mass movement determined to deliver that change can really take us forward. That movement should push for direct regulation banning hyper-polluting private jet travel, a policy which was backed by Labour in 2019 and which should now be a demand of every climate action and socialist group.

Instituting that ban would be a step forward, proving a seriousness about tackling the obscene emissions of the rich that has so far been lacking from our global political landscape. Ultimately, however, grounding private jets is still not going to be enough without a modal shift towards low- and zero-carbon public transport, made universally accessible and free for all. This requires enormous green transport infrastructure projects to be delivered by the state and removed from the private market, placing the focus on people and the planet, not private profit. Without that, grounding private jets alone will be like swatting flies when a horde of locusts is bearing down on your door.