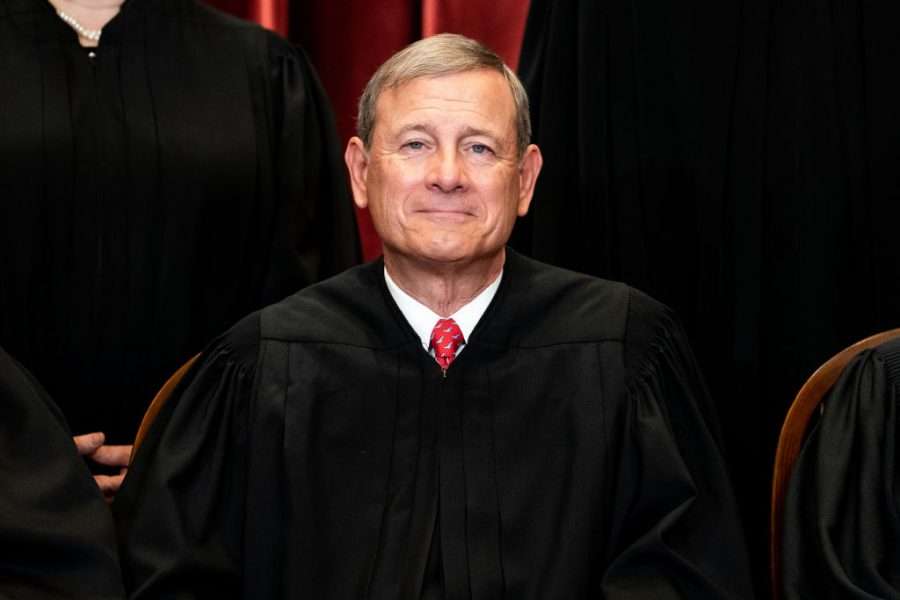 On climate issues, the Supreme Court’s right-wing majority is trying to force Americans to accept collective suicide in the name of the Constitution. If we sacrifice the planet to appease unelected judges, posterity will not forgive us.

The Left has grown perhaps too fond of proclaiming itself to be on the right side of history. No one knows what the owl of Minerva will see on her twilight flight. Still, imagining how future generations might view our present can provide a useful moral tonic to the foibles of everyday politics, and this is nowhere more evident than with the Supreme Court’s recent decision in West Virginia v. EPA. That opinion, which severely limits the Environmental Protection Agency’s ability to combat climate change, in the name of individual liberty and government restraint, will — if there are still humans to read history, and eyes that can believe what they read — go down as a document of monumental absurdity and shortsightedness.

In brief, the court’s six conservatives ruled that the Obama Administration’s Clean Power Plan, which sought to shift power generation from coal to natural gas and renewable energy, impermissibly imposed carbon dioxide standards upon power generation networks rather than individual power plants. The agency, said the court, had misinterpreted the meaning of the word “system” in Section 111(d) of the Clean Air Act. “System,” apparently, means pollution control at one site, not multiple sites. This misinterpretation triggered a “major questions” problem: the agency isn’t allowed to resolve major questions without express approval from Congress. So no climate regulation for you.

Other analysts have ably torn apart the West Virginia opinion on its own terms. For the law students out there: there’s no obvious reason why the court heard the case in the first place, as the Clean Power Plan has been rescinded and its emissions goals already reached by private adoption of the precise measures the EPA envisioned in the first place (so much for the EPA’s “aggressive transformation” of the domestic energy industry promised by the Obama White House that so frightened Chief Justice John Roberts). The language of the Clean Air Act also seems to pretty clearly authorize this sort of regulation (despite the quibbles over “system”), as voluminously described in Justice Elena Kagan’s dissent. And the “major questions” test is so fuzzy, and so obviously prone to judicial manipulation, that it’s hard to swallow as an exercise in objective textualist analysis.

But let’s skip these niceties and look at the opinion from the perspective of say, the year 2300. The world is much hotter and much messier. It’s painfully clear that what the most powerful people in the world should have been worried about in 2022 was not the “individual liberty” of coal producers or the imagined distinction between “inside” and “outside the fenceline” pollution controls. They should have been worried about reducing carbon emissions as quickly as possible. And they should have used every subchapter, semantic ambiguity, and interpretive trick to do so.

What would this look like? It would start with eschewing the Right’s faux populism and recognizing that freedom doesn’t just mean the ability to dump business costs onto others; it also means access to a livable atmosphere. It would entail acknowledging that Congress is not a democratic institution and thus no barometer of the popular will or of the “legitimate” way to address global warming. It would require ceasing to grovel before the founders — there’s a bad way of reading from the future — and embracing a theory of judicial practice that goes beyond psychoanalyzing James Madison.

Reading West Virginia v. EPA from a future perspective allows us to entertain troublingly refreshing ideas, like the possibility that the Left’s romance with liberal legalism has ended. We might consider entrusting the future of the planet to someone besides corrupt congresspeople and overwhelmed agencies (instead, something like citizens’ assemblies). Or a we could choose practices of illegalism and principled civil disobedience as the best justice system for dealing with climate change.

But we won’t get that from the Supreme Court, of course — neither this one nor a hypothetically expanded panel, which would still operate within the confines of a “fossil law” that vaunts property rights and antiquated legal process over social welfare and environmental health. Instead, we get this principled bloviation from Chief Justice Roberts in the majority opinion: “Capping carbon dioxide emissions at a level that will force a nationwide transition away from the use of coal to generate electricity may be a sensible solution to the crisis of the day. . . . But it is not plausible that Congress gave EPA the authority to adopt on its own such a regulatory scheme in Section 111(d).”

In a concurrence, Justice Neil Gorsuch — perhaps projecting the fossil fuel industry’s outright purchase of this decision — warned that if the EPA were allowed to interpret “system” like this, “powerful special interests, which are sometimes uniquely able to influence the agendas of administrative agencies, would flourish while others would be left to ever-shifting winds.”

As good future readers, we can discern the truth behind these dissimulations. Yes, Congress hasn’t seriously dealt with climate change. Yes, the fossil fuel industry has left the world twisting in the wind. But the conclusion — that the law forbids action to confront this impasse — doesn’t follow from the premises. This is because the law mutates: it produces no settled resolutions. The court’s recent reactionary onslaught proves this. The law said abortion was a constitutional right; now the law says it’s not. The law said states can restrict the wearing of guns in public; now the law says they can’t (not really). So rather than leave it to corporate theocrats, why don’t we — the people, the Left, the interpreters from the future — dictate the law’s changes?

This means embracing popular constitutionalism (rights interpretation done by regular people rather than unelected judges), confrontational litigation, and new theories of ecosocialist justice. The Supreme Court enjoys the respect we give it. Let’s reject their fossil fuel–funded power grab and seize control of our future.