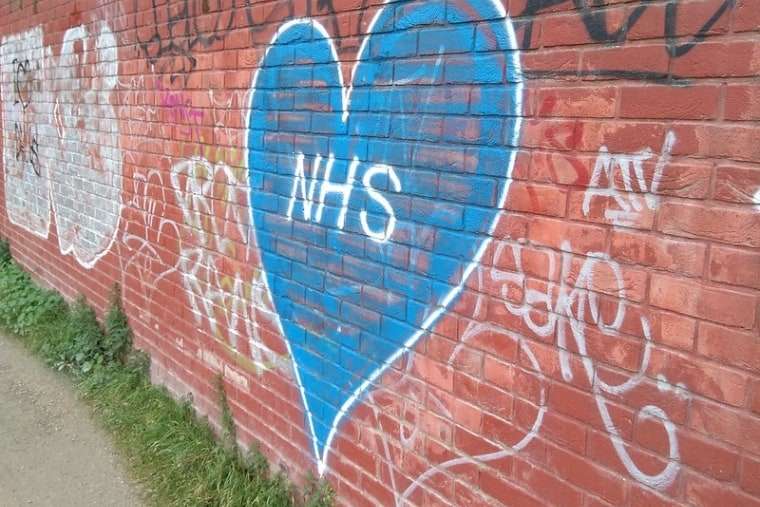 Years of cuts, staff shortages and privatisation has led to a major crisis in the NHS (Picture: Gordon Joly)

NHS accident and emergency (A&E) waits are now “apocalyptic”—and they could be driving 1,000 patient deaths a month.

But the government is systematically hiding the truth to cover-up the fatal consequence of years of cuts, staffing shortages and privatisation.

Almost 700,000 people have waited more than 12 hours in A&E in the first seven months of 2022, according to leaked NHS data. The “hidden” monthly trolley waits, not published in national data, have more than doubled compared to 2019.

The average number of people attending A&Es is similar to 2019 at 1.7 million, suggesting the waits are not driven by an increase in people using the service.

A cancer patient, who says she faced a wait of 31 hours in A&E, said it was like “a cattle market”. Tracy Summerson, who had nausea and a fever, was eventually admitted to Lincoln County Hospital last week. She said there were more than 30 other patients who waited a similar amount of time.

Summerson, who has stage four malignant melanoma, said, “There were people coming with sick bowls being sick next to you. When you are immune-suppressed you’re supposed to go in a side room out of germs’ way, but they needed all the rooms for consultations.”

The NHS has been collecting data on 12-hour waits, measured from the moment a patient arrives in A&E. This data is far higher than the official figures published by the NHS each month. They only measure the time waited after a decision to admit a patient is made.

Dr Katherine Henderson is president of the Royal College of Emergency Medicine. “We have long known that the actual number of patients staying in emergency departments for over 12 hours have been hidden,” she said. “But these figures are worse than anyone could have imagined.

“These figures represent real people, real lives—lives being put at risk. While the pandemic will have had an impact, this is the consequence of years of unheeded warnings about the lack of beds, staff and social care available. A decade of underfunding is behind this, and the NHS is struggling to catch up.”

Meanwhile the Health Service Journal collated new data from 20 of the largest trusts and compared it with the publicly reported “trolley wait” figures.

From the 20 trusts examined, there were around 33,000 cases in total under the new measure, around six times the 5,300 under the published figures.

Statistician Dr Steve Black around 1,000 additional patients a month may be dying in emergency departments because of long waits. He published a report on mortality rates in A&E earlier this year.

“The number of monthly waits also show clearly why Covid cannot be blamed for the current problems,” he said. “The current state of waits in major A&Es is apocalyptic and we are seeing neither honesty about the numbers nor any good ideas about how to improve them.”

Yet another cut in pay for NHS workers will make the situation even worse. That’s why, as well as battles to defend the NHS itself, there has to be a fight for above-inflation pay rises for health workers.

The Unison union in the north west of England has agreed to make Friday 26 August a day of action, with each branch encouraged to do some pay activity on the day. It’s the day regulator Ofgem announces the next rise in fuel prices.

Such union events can build workplace strength, organise more activists, and to push for strikes against the government’s proposed pay cuts. They can also increase the pressure on union leaders not to back off.

The NHS is in crisis and resistance is crucial.