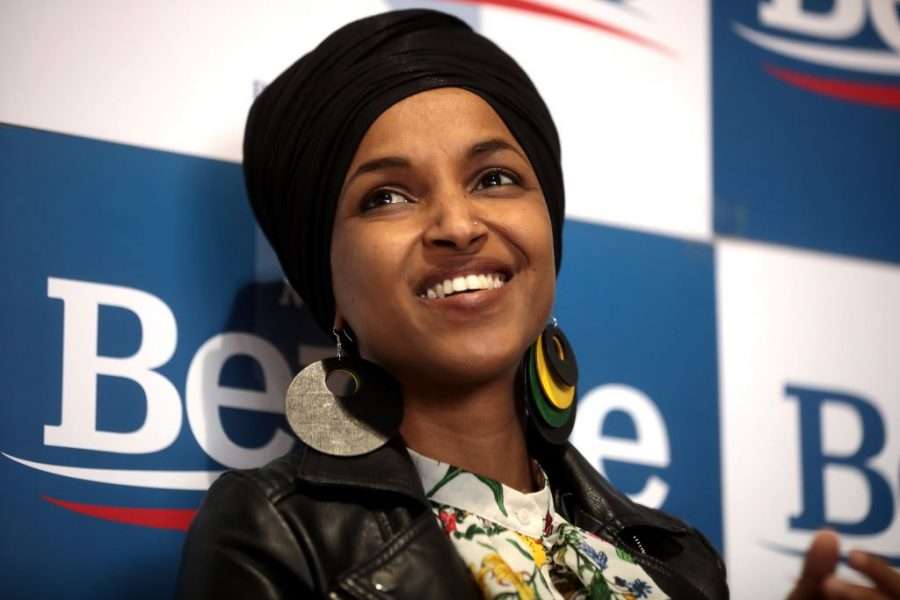 Ilhan Omar, one of the most left-wing members of Congress, faces a primary challenger, Don Samuels, backed by an unsavory circle of right-wing billionaires and cops. Despite being an enemy of public schools, he’s calling himself a progressive.

Representative Ilhan Omar, one of the most left-wing members of Congress and a close ally of democratic socialists in Congress, including Representative Alexandria Ocasio-Cortez and Senator Bernie Sanders, will face a primary challenger on Tuesday. Her opponent, former city council and school board member Don Samuels, is pitching himself to the district’s liberal voters as a “progressive.”

His Twitter account emphasizes his liberalism: gun control, protecting abortion rights, public school advocacy, and green jobs. He also wants to strengthen voting rights and make health care more affordable. But if he’s that progressive, why is he challenging Ilhan Omar at all? As usual, following the money provides an answer: Samuels and his campaign are supported by reactionary billionaires who want to get rid of Omar.

When Samuels first ran for Minneapolis School Board in 2014, he was backed by a coalition of billionaires — Michael Bloomberg, Arthur Rock, and Jonathan Sackler — supporting charter schools. In an effort to deceive voters who might otherwise oppose their school privatization schemes, these moguls called their PAC the Minnesota Progressive Education Fund and poured what In These Times magazine called an “unprecedented” amount of money (some $290,000) into two school board candidates. One of these was Samuels.

In the current race, Samuels is backed by even worse interests, including several Republican super PACs funded by the same billionaires that support Marjorie Taylor Greene, Josh Hawley, Laura Loomer, and Kelly Loeffler.

It’s not hard to see why. Samuels has been a staunch opponent of local campaigns to shift funding from the police into other priorities, efforts Omar has supported. Indeed, in the wake of George Floyd’s murder at the hands of Minneapolis cops, when millions of Americans were pouring into the streets to protest racist police violence, Samuels and his wife were suing the city of Minneapolis to demand that the city hire one hundred additional police officers. (That lawsuit is ongoing.)

Right-wing donors have been hosting fundraisers for Samuels. These include Andy Brehm (a prominent critic of progressive attorney general Keith Ellison), Steve Cramer of the Minneapolis Downtown Council (a prominent opponent of police accountability), and several of Minneapolis’s worst landlords — including one family of billionaires who faced state investigation in 2020 for creating an atmosphere of racial discrimination, harassment, and hostility for their tenants, who were Somali women with children.

The conservative National Review magazine published a fawning profile of Samuels on Thursday, noting that even though he is a Democrat, “there are reasons for conservatives and others on the right to wish him well on Tuesday.” In addition to Samuels’s die-hard police fandom, the National Review writer appreciated his support for charter schools and vouchers and, “most importantly,” emphasized that Samuels had, of any opponent, the best chance of defeating Omar.

The teachers’ union has not fallen for Samuels’s claims to the progressive mantle. (The United Steelworkers and a couple of building trades unions unfortunately are backing him, though Service Employees International Union, the American Federation of State, County and Municipal Employees, and other unions are behind Omar.) Greta Callahan, president of the Minneapolis Federation of Teachers and Education Support Professionals, in an op-ed for the Star Tribune, pointed to Omar’s support for public school teachers and students — from pushing for universal free school lunch during the pandemic, cancellation of school lunch debt, and a permanent end to punitive school lunch policies to standing with striking Minneapolis teachers on the picket line in the freezing winter. (The strike, which called for caps on class sizes and increased mental health support for students, as well as higher teacher pay, was successful.)

In her op-ed, Callahan contrasted the congresswoman’s allegiances with those of her opponent: Samuels not only failed to support the striking teachers but has said he would never send his children to public school and memorably called for burning down one of Minneapolis’s high schools.

Since her election to Congress in 2018, Omar has been an effective fighter not only on education but also on climate, health care, affordable housing, food justice, and greater accountability for the military and military contractors. Among elected officials serving at the federal level, she has also been one of the few outspoken opponents of Israel’s occupation of Palestine.

For all these reasons and many more (including, of course, the fact that Omar is Muslim), she has received countless death threats and been singled out for violent harassment by Donald Trump’s followers. She has been the target of knuckle-draggingly ignorant bigotry from her own colleagues, with Representative Lauren Boebert calling her a member of the “jihad Squad.”

Omar’s last primary challenge was animated by Islamophobic elements of this kind. That’s not where Samuels is coming from, but the ruling class and organized cops supporting him are equally dangerous and deserving of defeat.

Given Omar’s courageous positions, it’s easy to understand why right-wing billionaires would want to stop her. But the Democratic voters of Minneapolis should not be fooled by their faux-progressive campaign.