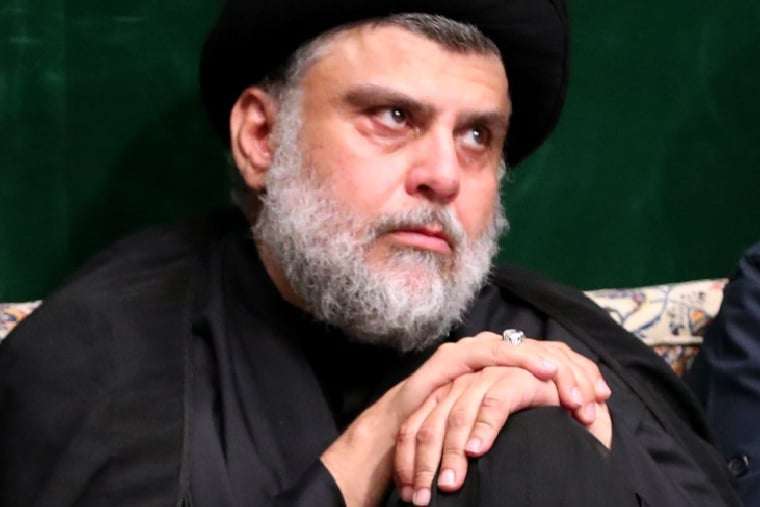 For a full week thousands of people occupied the Iraqi parliament in a standoff between rival political factions that could explode into gun battles in Baghdad.

Behind it is the crisis of a corrupt and sectarian system imposed by the US, meddling by regional powers, and the fate of an uprising by ordinary people.

It was part of a precariously managed confrontation between Sadr and other Shia political groups. All sides have armed wings or militias and—though they’ve been careful to avoid direct clashes—have mobilised their supporters on the streets. It comes after months of wrangling to end a stalemate that has left Iraq without a government for ten months.

A coalition led by Sadr came out of Iraq’s elections last October as the largest bloc in parliament. It ended the dominance of other Shia parties that have controlled most Iraqi governments in the past decade.

Sadr said he wanted to overturn the corrupt and sectarian system that had facilitated their rule. But—though he won the support of Sunni Muslim and Kurdish parties—he didn’t have enough support to form a government.

After months of arguing, manoeuvres and threats, in June Sadr suddenly ordered his supporters in parliament to resign. He accused the Shia groups of putting pressure on the other political blocs supporting him.

This left the Shia factions open to try and form a government themselves. But when they tried to nominate a prime minister late last month, Sadr called his supporters out onto the streets, where they stormed and occupied parliament. This is just one outcome of a deep crisis of the system the US installed after invading in 2003.

Under a sectarian political setup—which Iraq had never had before—power and government office was to be divided between different religious and ethnic groups. It drove division down into Iraqi society, but also fuelled corruption at the top of government.

Shia parties benefited most, as the system favoured them and allocated them the office of prime minister. But every party—Shia or Sunni—benefitted from the system that awarded them positions of power and wealth.

In 2018 tens of thousands of people mostly in the south of Iraq protested demanding funding for basic services such as energy and clean water. Electricity shortages had made life unbearable. The protesters explicitly linked the government’s failures to its corruption, including the involvement of Iran in Iraqi politics through the ruling Shia parties.

The country produces a vast amount of oil revenue. They asked why it was that oil companies and other states benefited while they suffered low wages and failing services.

And in 2019 an even bigger movement took over the centre of Baghdad. It called for an end to poverty and corruption—and the fall of the political system that fuelled them. After weeks of protests—which withstood bloody assaults by state forces and sectarian militias—the movement forced prime minister Adel Abdul Mahdi to resign.

Sadr played a complicated and contradictory role in all of this. He made a name for himself as the leader of an armed resistance movement that challenged the US occupation and humiliated the British army in Basra.

He’s rebranded himself as a type of Arab or Iraqi nationalist, and positioned himself as a champion of the poor against the corrupt, sectarian system. Yet he’s also tried to game and manipulate that system, making and breaking alliances with governments and opposition parties alike.

He has tens of thousands—if not millions—of supporters, many of them ready to take up arms.

At times he’s aligned himself with protest movements from below. And at other times—when he can’t control them—he’s turned on them. After originally joining the 2019 movement, Sadr ordered his armed supporters to side with the forces trying to drown the protests in blood in 2020.

That was one of the biggest blows to the movement and helped to drive it off the streets. Now, in its wake, Iraq’s political crisis could enter a new and bloody chapter.