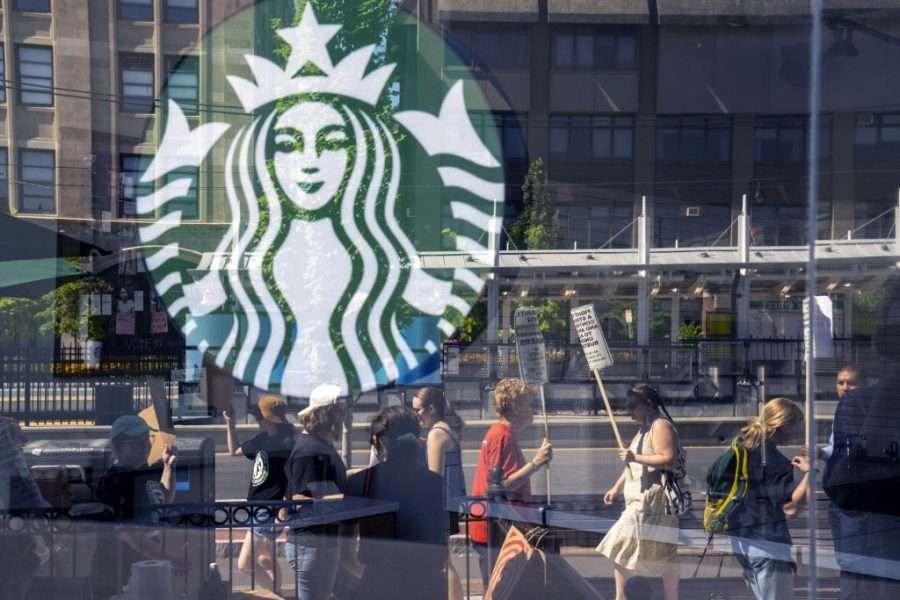 The recent wave of union organizing in the service sector has raised hopes that a fundamental transformation is occurring in the United States that will revitalize collective bargaining and bring millions of young workers into the labor movement. At the epicenter of this movement is a mass campaign to organize Starbucks employees. As of this week, more than two hundred Starbucks stores across thirty-two states have unionized, and workers at dozens more stores have filed petitions to unionize. In terms of organizing success, this is a significant accomplishment worthy of the media attention it is receiving.

However, organizing is only the first stage in an extended and perilous journey toward sustainable collective bargaining. Harvard’s Paul Weiler described the reward for successful organizing as a “license to bargain.” Whether that license results in a sustainable collective agreement depends upon a range of factors that influence the parties’ relative bargaining power. One important factor in this regard is how the law structures negotiations. Who bargains with whom?

This is an important point that goes to the fundamental challenge of retrofitting a collective bargaining model designed for the mass-production economy of the 1930s to the twenty-first-century service economy. When the United Auto Workers sat across the table from executives at General Motors and threated to strike if their proposals were not met, GM had good reason to listen. A strike by thousands of workers at once would effectively halt production, costing GM millions of dollars in lost revenues and profits.

The situation at Starbucks is very different. While the success of Starbucks Workers United (SWU) in organizing some two hundred stores is impressive, this amounts to just over 1 percent of the more than fifteen thousand Starbucks stores in the United States. When SWU sits down to bargain a collective agreement for each of its newly organized Starbucks stores, it will confront a corporate behemoth intent on demonstrating to Starbucks employees working in the 99 percent of stores that remain nonunion that there is no advantage to unionizing. A strike by workers at one or even a handful of small stores will be an annoyance, but hardly a reason to abandon this overarching objective.

The difficult task of negotiating a strong collective agreement with a large and uncooperative corporation that operates through many small workplaces is exasperated by existing labor laws that provide no mechanism for unions to insist upon centralized bargaining. SWU elected to organize and petition on a store-by-store basis. This makes perfect sense as an organizing tactic. It is much easier to organize one location on Main Street in Denver than two hundred — or ten thousand stores — scattered across the country all at once.

The Wagner model’s requirement for a union to obtain majority employee support in a bargaining unit to obtain a license to bargain encourages unions to target organizable units, which are usually smaller units. However, smaller units leave the union with little bargaining power when it comes to negotiating a collective agreement.

This dilemma is well known. The Wagner model’s default toward enterprise-level bargaining makes it almost impossible for unions to build a critical mass of support within large corporations like Starbucks. While the usual disclaimer that the prospect of progressive labor law reform in the United States is bleak to nonexistent is in order, it is worthwhile to point out that other jurisdictions have responded creatively to this challenge.

One legislative solution is to introduce sectoral collective bargaining that would permit unions to negotiate employer-wide or industry-wide standards. New Zealand recently enacted a model that would permit unions to apply for sectoral bargaining to represent all employees in a single occupation (baristas) or industry (fast food) upon demonstrating support of a threshold number of employees (see my description of that law here). The Clean Slate Project proposed a similar model of sectoral bargaining to extend collective bargaining to US employees beyond the enterprise level.

Proposals to adopt sectoral bargaining in the service sector have long been floated in Canada as well, without political traction. However, for a brief period in the 1990s, Ontario introduced a simple but useful half measure. That law permitted unions to apply to the Labour Board to obtain an order consolidating existing bargaining units of a single employer. The law was straightforward. This is what it said:

The law also empowered the board to modify terms of existing collective agreements as needed. You can read how the law worked in this decision that combined seven Hudson’s Bay Company department stores scattered across Ontario into a single bargaining unit represented by the Retail, Wholesale and Department Store Union.

The law was in effect for less than two years before it was repealed by a Conservative government. However, this was enough time to see the potential in the law for helping unions build bargaining power from the ground up.

This model avoids wasteful duplication of bargaining, bypasses the tension and conflict often associated with the negotiation of first collective agreements, and allows workers to build solidarity with others who they have not met, but with whom they share a community of interest. Using this model of incremental growth, unions can build bargaining power strategically over time.

This model can also serve as a building block toward a broader model of sectoral bargaining. For example, a law might provide for extension of the master collective agreement to nonunion stores once a union has organized a threshold percentage of stores.

The law could also allow for an association of unions under a single master agreement if the threshold is reached by adding together stores represented by two or more unions. If we think bigger, the law could provide for mandatory sectoral bargaining (for example, covering all coffee shops) with multiple employers and multiple unions, like in the New Zealand model, once a threshold of workplaces in a sector is covered by master agreements.

My point is that a relatively simple law permitting unions to organize on a snowball approach, growing the bargaining unit on a store-by-store basis, offers interesting potential for unions to build bargaining power in large service-sector corporations.

The model also offers a potential pathway to imagine broader-based bargaining within the basic architecture of the Wagner model. Organizing would remain central. However, each newly organized workplace would join the larger collective, working incrementally toward a more centralized and effective collective bargaining model.