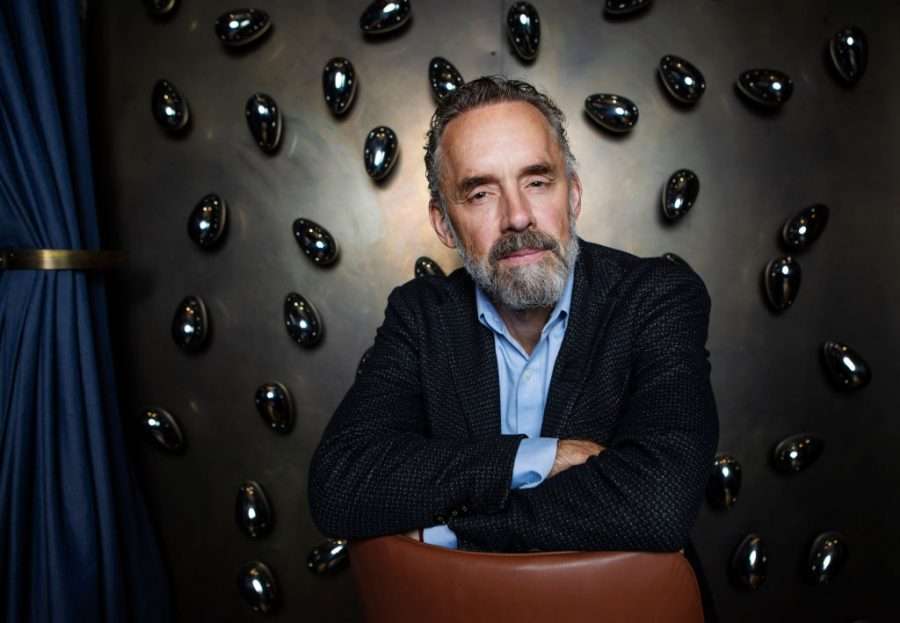 Jordan Peterson keeps running his mouth on Marx and Marxism, but a new conversation with Kyle Kulinski shows that the Canadian neo-reactionary has forgotten what little he ever knew about the subject.

Given Jordan Peterson’s interest in critiquing Marx’s analysis, it would be nice if he knew what it was. (Hollie Adams / Newspix / Getty Images)

Jordan Peterson loves to talk about Karl Marx. Even his book of self-help advice, 12 Rules for Life, includes surprisingly extensive rants about Marx, Marxism, communism, and something called “postmodern neo-Marxism.” He blames Karl Marx and his ideas for everything from the alleged corrupting influence of postmodernism on Western society to the horrors of the Khmer Rouge. It’s one of his favorite subjects.

Oddly enough, then, he never seems to have bothered to read much Marx. Three years ago, Peterson debated the Slovenian Marxist thinker Slavoj Žižek in Toronto. In his opening statement, before Žižek had said a word, Peterson made an astonishing admission. He said he’d just now, in preparation for the debate, read The Communist Manifesto for the first time since he was eighteen years old.

Let that sink in. The Communist Manifesto is a very short pamphlet. You can read it in one afternoon with time to burn. And Peterson hadn’t read even that at any point in the last forty years. It’s a safe bet that he wasn’t poring through Marx’s discussion of the falling rate of profit in Capital, Volume III at any point during those decades either.

Fast-forward to a few weeks ago, when Peterson once again decided to talk to a leftist — Kyle Kulinski. And this time Peterson seems to have forgotten even what Marx said in the Manifesto.

It was, at least in parts, a friendly conversation. Kulinski seems to be far more sympathetic than I am to Peterson’s ideas about psychology, spirituality, and related subjects. Naturally, they argued quite a bit about politics. Peterson’s positions on some issues seem to have hardened and become even more stridently reactionary over the course of the last three years.

He first rose to prominence, even before 12 Rules for Life, by speaking out against Bill C-16, which added gender identity to the prohibitions against discrimination in Canada’s preexisting Human Rights Act. His concern was that Canadians would now be liable to legal punishment for refusing to use trans people’s preferred pronouns.

This was always a dubious claim. The Canadian Bar Association denied at the time that C-16 would somehow “force individuals to embrace concepts, even use pronouns, which they find objectionable.” And if pronouns had really been his main concern about the bill — whose primary purpose was to prevent discrimination against trans people in domains like housing and employment — he could have advocated that the bill merely be amended. But at least back then, he could claim that his position arose from some principled commitment to free speech rather than any sort of hostility to trans people. In 2022, in his discussion with Kulinski, Peterson said that he wasn’t sure whether even adults should be allowed to medically transition.

He also strongly denied that there could be such a thing as a “right” to health care, and expressed ambivalence about whether Canada’s universal Medicare program delivers better results. Oh, and he defended Donald Trump, who he claims never “betrayed the working class.”

All of this makes sense given Peterson’s trajectory. In 2019, there was at least some ambiguity to Peterson’s political posture. He was clearly a defender of traditionalist social values, but he still seemed to be at least somewhat detached from day-to-day partisan politics. In 2022, he’s working for Ben Shapiro’s media organization, the Daily Wire.

One thread that’s run through all stages in Peterson’s evolution is his obsessive dislike of Marx and Marxism. Early in the interview, he mentions Marxism as an example of a dangerous idea. Kulinski asks him if he thinks that any of Marx’s ideas had any merit. Peterson’s response makes it overwhelmingly clear that he has no idea what Marx thought.

Well, the idea that capitalism produces inequality is clearly true. But Marx didn’t think that up. I mean, that’s been known forever. I mean, it says in the Gospels that the poor will always be with us. I mean, inequality is an unbelievably pervasive economic problem. . . . Capital — wealth — tends to accumulate in the hands of a smaller and smaller number of people. Now Marx was right in that diagnosis, although he was not the originator of that idea by any stretch of the imagination. But laying [that] at the feet of capitalism is preposterous . . . because every economic system ever devised by human beings has produced inequality, but only capitalism has produced an increase in material prosperity.

If The Communist Manifesto had been fresh in Peterson’s mind at the time of this conversation, he might have remembered that Marx is very aware of the existence of economic inequality in precapitalist societies. The first sentence of the first chapter tells us that “the history of all hitherto existing societies is the history of class struggle,” and the second sentence reminds us what class divisions looked like under previous forms of social organization. “Freeman and slave, patrician and plebeian, lord and serfs, guild-master and journeyman,” Marx writes, “stood in constant opposition to one another.”

Marx’s primary objection to capitalism is not that it distributes resources in an unequal way. In fact, if Peterson had read a second, similarly short pamphlet — Marx’s Critique of the Gotha Program — he would have seen Marx argue that any distribution of the “means of consumption” is only a consequence of who holds a more basic form of economic power — ownership of the “means of production.” Crudely put, questions about how much bread everyone gets to take home are downstream from questions about who owns the bakery. The kind of equality socialists have always cared most about is equality of power.

But Marx certainly knew that capitalist property relations led to the means of consumption being distributed in a brutally unequal way. He also knew that the (very different) property relations that existed at the time the Gospels were written had that effect. And he certainly knew that capitalism developed the productive capacity of society to a previously undreamt-of level. After the part about precapitalist societies, Marx spends the opening pages of The Communist Manifesto going on about that exact point. Capitalism, Marx writes, “has accomplished wonders far surpassing Egyptian pyramids, Roman aqueducts, and Gothic cathedrals.”

That’s the whole point. The reason Marx didn’t agree that “the poor will always be with us” is precisely that he understood that capitalism is unique not in generating class inequality but in creating the kind of material abundance that lays the basis for a qualitatively more egalitarian and democratic form of economic organization (socialism). For the first time in human history, we can bring about a society where everyone’s needs are met and no one is forced to work for anyone else — either through the kind of direct coercion characteristic of precapitalist class societies or through the soft coercion of economic necessity that induces workers to submit to the rule of capitalists for eight out of every sixteen waking hours.

That, at any rate, is Marx’s analysis. It’s fine if Peterson wants to disagree with it or critique it. But given his interest in doing so, it would be awfully nice if he knew what it was.