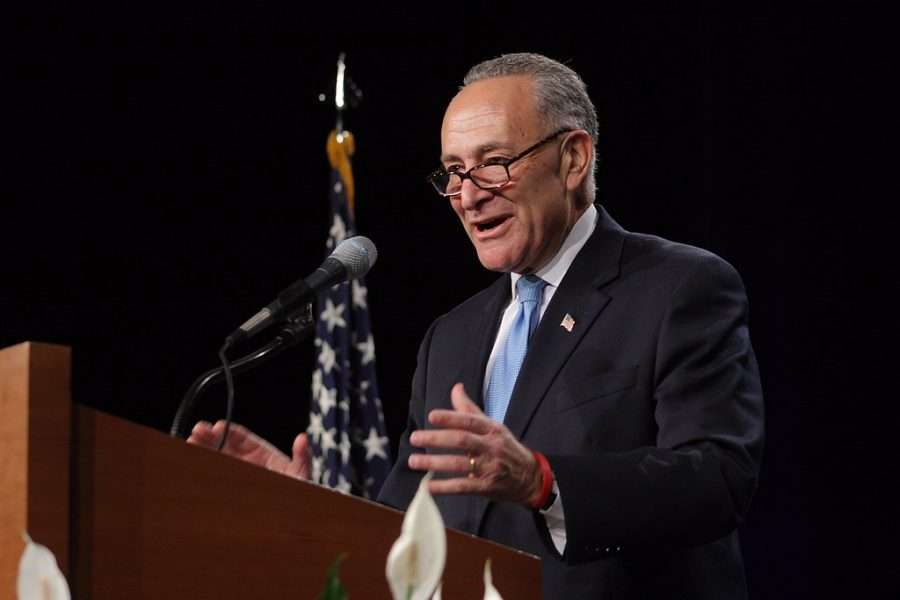 Chuck Schumer has received more money from Big Pharma than any other Senator save one. The investment appears to be paying off, as Schumer just allowed an aide to kill a proposed cap on prescription drug prices.

On Saturday, the Senate’s parliamentary adviser, Elizabeth MacDonough — who Schumer can remove — issued a nonbinding advisory opinion saying Democrats should remove provisions in their spending bill that would punish drugmakers for inflating their prices for patients in private health insurance plans. The provision could have saved $40 billion, according to one estimate.

“The exclusion of the private insurance price limits means there is little left that will reduce costs for the vast majority of Americans who receive health insurance through their private sector employer,” reported Politico.

MacDonough also advised Democrats against including a provision in their legislation to cap out-of-pocket insulin costs at $35 a month for people on private insurance plans. Democrats ultimately held a failed vote to overrule her on the insulin cap.

Democrats’ legislation does still allow Medicare to negotiate drug prices for the first time — but only on ten drugs by 2026, and eventually twenty drugs per year. Removing the inflation cap will substantially limit protections for patients on private health insurance plans. Medicare patients will benefit from the $35 cap on out-of-pocket insulin costs, but patients on private insurance plans will not.

Taken together, Democrats’ signature drug pricing measure is now a shell of the proposal that lawmakers debated for much of last year, and far weaker than the compromise deal negotiated by the party’s drug industry allies.

Like Republicans have done in the past, Schumer could simply fire MacDonough or the Democrats’ presiding officer of the Senate could ignore her opinions. Instead, though, Schumer has issued public statements lamenting the advisories but refusing to do anything to change, stop, or ignore them.

In this new case, pharmaceutical lobbyists have been working with Republican lawmakers to help them influence MacDonough’s advisories.

“While there was one unfortunate ruling in that the inflation rebate is more limited in scope, the overall program remains intact,” Schumer said of his aide’s latest nonbinding opinions.

MacDonough, the parliamentarian, also helped kill the $35 cap on out-of-pocket costs for insulin. Democrats could have ignored her advice but didn’t, before trying to keep the measure in the bill anyway.

In the end, all fifty Democrats voted to keep the insulin cap in the bill, along with seven Republicans, and it failed.

Schumer’s refusal to do anything about the parliamentary adviser’s edict on the drug inflation cap comes as he has raked in more than $289,000 from donors in the pharmaceutical and health products industry during his 2022 election campaign. Eight of the Senate’s top ten recipients of donations from that industry are Democrats.

That includes Arizona senator Kyrsten Sinema, who has raked in more than $556,000 from the industry since 2017. She has also benefited from a flood of supportive TV ads from a Big Pharma front group.

Yet, Sinema actually voted on Sunday to overrule the parliamentarian and keep the $35 insulin cap in the bill. Perhaps she would have voted differently if the measure had a genuine shot at passage.

In all, the pharmaceutical and health products industry has funneled more than $61 million to Democratic candidates in the last two election cycles, far more than it gave to GOP lawmakers in the same time period.