Home / News / Indian liberation was won through ferment of revolt 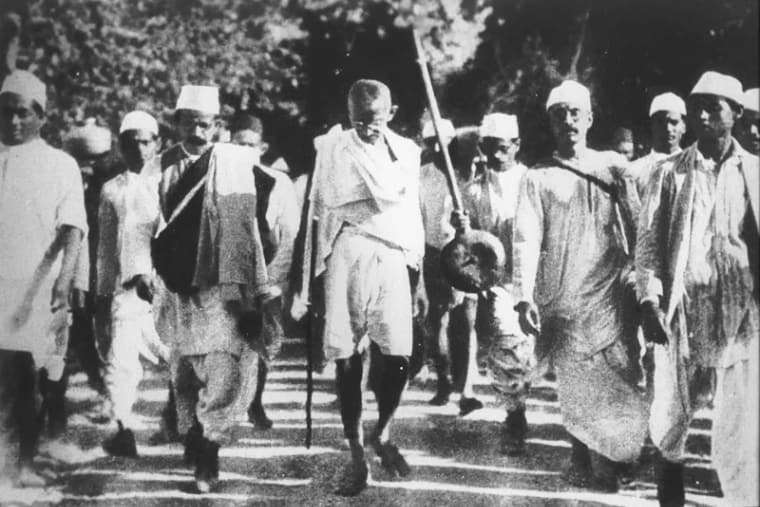 Indian independence was fought and won by the people of India

Indian independence is often trumpeted as one of the great achievements of the 1945-51 Labour government, up there alongside the creation of the NHS.

Indeed, prime minister Clement Attlee is often celebrated as the man who liberated India. Yet the Labour government that came to power in 1945 was absolutely committed to maintaining both the Empire and Britain’s position as a world power.  Keeping control of India and its resources was vital if this was to be achieved.

Attlee and his government intended to create a weak federal regime that would undermine the Congress movement for independence, and one which British could still dominate. A problem for Attlee was that hostility to continued British rule dramatically increased in the post-war period, fuelled in part by serious economic crisis.

During the war, some 20,000 Indian prisoners-of-war had been recruited by the Japanese into the Indian National Army (INA), to fight the British for Indian independence. As far as the British were concerned, these men were traitors. But as far as a growing number of Indians were concerned they were heroes. The British proposed to put the leaders of the INA on trial, provoking fierce protests.

On 21 November 1945, there were student protests against the trials in Calcutta. The police opened fire, killing two protesters.

The response was a city-wide general strike which saw barricades going up. “Order” was only restored after two days of fighting and after another 33 people had been killed. There were militant protests in many other towns and cities. There were more protests in Calcutta the following February, culminating in another general strike, and half a million people marching through the streets.

What was decisive, however, was the mutiny of Indian sailors that began in Bombay harbour on 18 February 1946 with the mutineers taking control of 22 warships. They demanded an end to the trials, withdrawal of Indian troops from Indonesia and the same pay and conditions as British sailors.

A general strike was called in their support, with some 300,000 workers walking out and barricades going up. The mutiny spread to other ports and there was considerable unrest in the army and air force as well.

Strikes also a played a key role. In 1946 there were 1,629 strikes involving some 2 million workers and in a number of cities the police walked out on strike as well.

While the Labour government was still determined to keep India subordinate, the military commanders advised them that this was no longer possible. The level of unrest was rising and the naval mutiny had shown that the Indian military could not be relied upon. As far as the generals were concerned the only choice the British had was to leave peacefully now or be driven out violently.

Foreign secretary Ernest Bevin said Britain should keep control of India for another 15 years if necessary until a reliable puppet government could be installed. But the decision was taken to pull out of India as soon as possible. Lord Mountbatten was charged with this and he plunged the country into horrific communal violence that left over a million people dead.

The consequences for Britain were soon felt.

When the Labour government sent soldiers to Korea to fight in the US’s war in 1950, the newly independent Indian government absolutely refused to send troops. From this time on, the British ruling class was forced to reluctantly accept that it could only protect its interests by subordinating itself to the US.

Attlee and the Labour government did not liberate India. The Indian people liberated themselves.