Home / News / Half a century after a ban, lead pipes are still killers 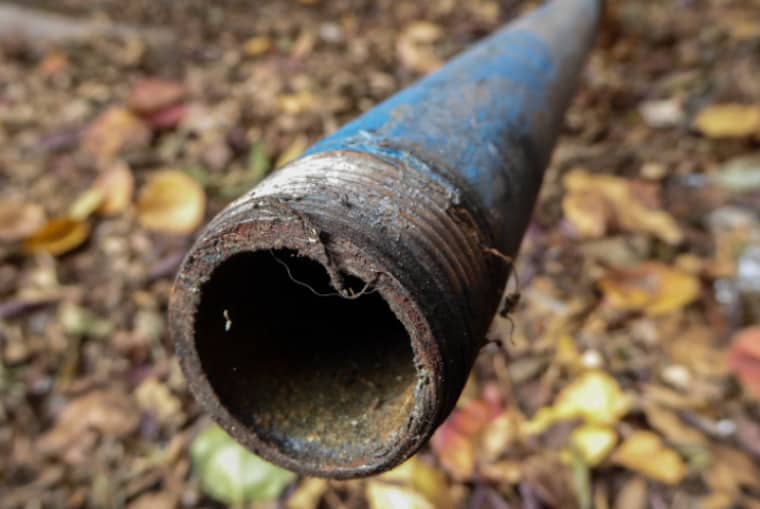 More than 50 years after the installation of lead pipes was made illegal in Britain, millions of homes still have antiquated plumbing made of the toxic metal. This increases the risk of brain damage to children in particular. Although no new lead pipes have been installed in Britain for half a century, they are still “prevalent” in ­properties built before that time across all regions, according to water ­regulator Ofwat.

It has allowed companies to raise £186 million from customer bills to tackle the problem. But the industry estimates that almost a quarter of the 25 million domestic properties across England and Wales still have some lead pipes in their supply network. Lead exposure, which can also come from old paints and contaminated soils, also increases the risk of miscarriage, pre-term births, depression, chronic kidney disease and heart attacks in adults.

The World Health Organisation said, “There is no level of exposure to lead that is known to be without harmful effects.” The European Union drinking water directive, passed last year, halved the allowed level in water from 10mcg to 5mcg per litre. But in Britain there are no plans to adopt a tighter standard for lead, ­according to the Drinking Water Inspectorate, which is part of the Department for Environment, Food and Rural Affairs.

A government-commissioned study last year said the present approach would not enable water companies to meet a revised lead water level of 5mcg per litre or lower by 2040. Thames Water, Britain’s biggest water company, said that in London the ­hardness of the water helps protect residents.

Water companies reduce lead ­exposure from drinking water by adding orthophosphate, which reduces the amount of lead that dissolves into water. But phosphorous is also a pollutant, causing algal growths that can kill fish through starving them of oxygen.

The West and China could “miscalculate our way into nuclear war”, Britain’s national security adviser warned recently. Sir Stephen Lovegrove raised the prospect of an “uncontrolled conflict” between China and the West. He said the world was entering a “dangerous new age of proliferation”, with threats from genetic weapons, space-based systems and lasers.

Lovegrove told the Centre for Strategic and International Studies that existing nuclear states were spending on new “warfighting”’ nuclear systems. China has 350 nuclear warheads, compared with the US’s 5,600. Lovegrove? Dr Strangelove perhaps? The International Monetary Fund (IMF) has told European governments to be flint-faced and to pass on rising energy costs to consumers.

It camouflages its opposition to price controls and subsides by saying that is wants to encourage “energy saving”. States “should allow the full increase in fuels costs to pass to end users”, the assistant director in the IMF’s European department said.

93-year-old dies after cops use Taser on him

Two police officers involved in firing a Taser at a 93 year old man in a wheelchair are being investigated for manslaughter after the man’s death. Donald Burgess, who had one leg and had dementia, died last month, three weeks after being hit by the Taser. The cops went to a care home in St Leonards‑on‑Sea after reports that a resident had a knife.

One of the officers used an incapacitant spray and a baton. Another officer then fired a Taser. Burgess was handcuffed and taken to hospital, where he remained until his death. In June police stunned Oladeji Adeyemi Omishore with a Taser by police. He went into the River Thames and subsequently died. In February, the IOPC cop watchdog ruled that a Met officer who shot a ten-year-old girl with a Taser should face gross misconduct proceedings.

Workers have been boiling over at P&O

It’s no surprise one of the worst places to work during the recent searing heat was P&O Ferries. A message seen by Private Eye magazine from a senior captain on the company’s Pride of Canterbury cross Channel ferry last week revealed that the ship’s air conditioning had not worked since 3 July.

The temperature in some living cabins was “about 40C”. In passenger areas, where many were required to work, it was “about 38C”. The result was that “crew members cannot sleep, they come for duty exhausted”. These crew include workers on less than £4 per hour for their basic shift. Meanwhile those in the air-conditioned P&O boardroom are led by Peter Hebblethwaite, the £325,000-a-year—plus bonuses—chief executive.

Ferrari drives off to new riches

Ferrari, one of the car makers to the super-rich, has netted record quarterly profits and raised its forecasts for the year. It becomes the latest luxury or supercar maker to post bumper earnings, after both Lamborghini and Bentley reported record profitability. The number of cars Ferrari sold rose 29 percent to 3,455, while net profit rose by 22 percent to £210 million.

Ferrari now expects revenues of £4.25 billion for the year and pre-tax profits of £1 billion. The company said it is charging more for current models, and rich customers are paying for additional features. Most of the growth during the three months came from deliveries of the Portofino M and F8 models.

Deliveries were driven by a 62 per cent rise in sales in the Americas region to 1,053 cars, and more than doubling of sales to China, Hong Kong and Taiwan. Bentley has broken its overall annual profit record within the first six months of 2022, despite having almost closed its factory three times. It posted profits of £333 million. That’s more than the record of £326 million for the whole of 2021.

Cops pay up for unionist arrest

The Met police has issued a written apology and paid £3,000 in compensation to Franck Magennis, former head of the UVW union’s legal department. Cops arrested him on a picket line outside St George’s University Hospital in south London in January 2020. The police had turned up in large numbers, distributed leaflets on behalf of the university and threatened the workers and union officials with arrest unless they left the campus.

They detained and handcuffed Franck when he enquired about the legal basis for the warning. In the apology from Inspector Andy O’Donnell of the Directorate of Professional Standards, the Met apologised to Franck. It regretted “the way you were treated when you were arrested, put in handcuffs and searched”, and said “the level of service has fallen below the requisite standard”. The police also agreed to pay UVW £2,000 in compensation.

‘I was hoping this would be a really good time for a genuine battle of ideas. I’m a little disappointed’

‘We inherited a bunch of formulas that shoved all the funding into deprived urban areas. I started the work of undoing that’

Rishi Sunak, Tory leadership hopeful, tells Conservatives in Tunbridge Wells how they will get more money

‘I can absolutely rule that out’

Labour Party spokesperson on why Keir Starmer had not registered a field worth tens of thousands of pounds. The parliamentary standards commissioner found he breached the MPs’ code of conduct by failing to register eight interests