Home / News / The economy is sick. Struggle is the cure 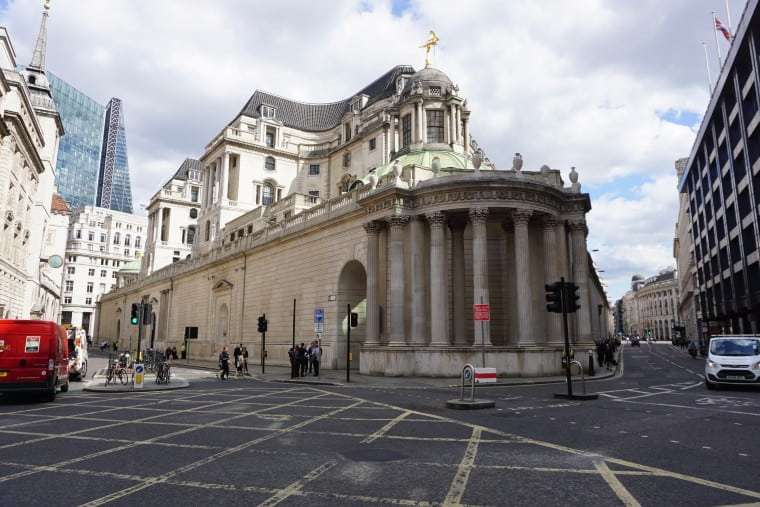 The bank of England launches assault on the working class

The Bank of England is deliberately seeking to crash the economy and drive up unemployment. And its choices are another sign of a catastrophic class assault. The bank’s decision to raise interest rates by 0.5 percent last week came with warnings that official inflation is going to reach 13 percent—15 or 16 percent in reality.

And it said unemployment will double. Ross Walker, economist at NatWest Markets, called it a “deeply sobering shift in policy” adding that the bank planned to “engineer a more severe economic downturn”.

This move is based on the banks’ economic fallacy that the way forward is to cut demand across the economy by reducing the money supply. But inflation is the result of the chaos of capitalism because of the pandemic, global shortages, war in Ukraine and outright speculation and profiteering.

This profiteering goes well beyond the ranks of the infamous oil and gas multinationals. Companies everywhere are taking advantage of the inflationary environment to bolster their profit margins.

An interest rate rise won’t fix any of these issues. The only way the policy will “work” is by triggering a wave of bankruptcies and unemployment when companies can’t pay their debts. It will also boost evictions as ordinary people can’t pay rising mortgage bills, and landlords enforce higher rents.

Andrew Bailey, the bank’s £575,000 a year governor, insisted that slashing inflation to 2 percent is “our absolute priority, no ifs, no buts”. If that means laying waste to the economy and tearing up tens of millions of lives, then bad luck.

Bailey also dared to lecture workers not to fight for higher wages. That’s a call to accept even more massive cuts in real pay. And the Tories will require that people on benefits also face another big squeeze. But even in its own terms, this won’t stop inflation unless the slump in wages and the recession is so severe that it restores profit rates enough for some firms to hold back price increases.

That again presumes social devastation. And don’t hold your breath for kindly chief executives to act when you look at what BP and Shell are doing. They haven’t slashed prices despite making tens of billions of pounds in profit.

The British economy is sick, and the Bank of England bosses are handing out prescriptions that will make it sicker. They are the medieval doctors applying the blood-draining leeches to the anaemic patient.

Over a long period, capitalism has increasingly become addicted to low interest rates and cheap credit to offset declining profitability and prevent a deep crisis. Banks and companies have gorged themselves on the cheap money available as a result of quantitative easing and other scams for the corporations.

That’s what makes this inflationary crisis so perilous to the bosses’ system. Interest rate rises could wipe out swathes of firms. Only a systematic rise in strikes and other forms of class struggle can protect workers now and impose audacious anti-capitalist moves. These would have to include democratic public ownership of utilities such as energy and a freeze on price rises.

There would have to be above-inflation pay rises in the public sector, a big rise in benefits, abolition of anti-union laws to encourage workers to resist and much more.

The best hope is for the recent strike surge—from rail to BT to Amazon—to be widened. And in another sign of the mood, the Don’t Pay campaign has signed up 80,000 people so far. It seeks to organise a million people to cancel direct debits to gas and electricity companies on 1 October and launch a payment strike.

The economic justice campaigner and academic Richard Murphy tweeted last week, “The biggest civil unrest in decades is likely this autumn. Not all angry people are going to sit quietly at home, fretting in silence when they realise what is happening to them is being done deliberately. They are going to take to the streets.” Let’s hope so.