Home / News / The Poet of Palestine 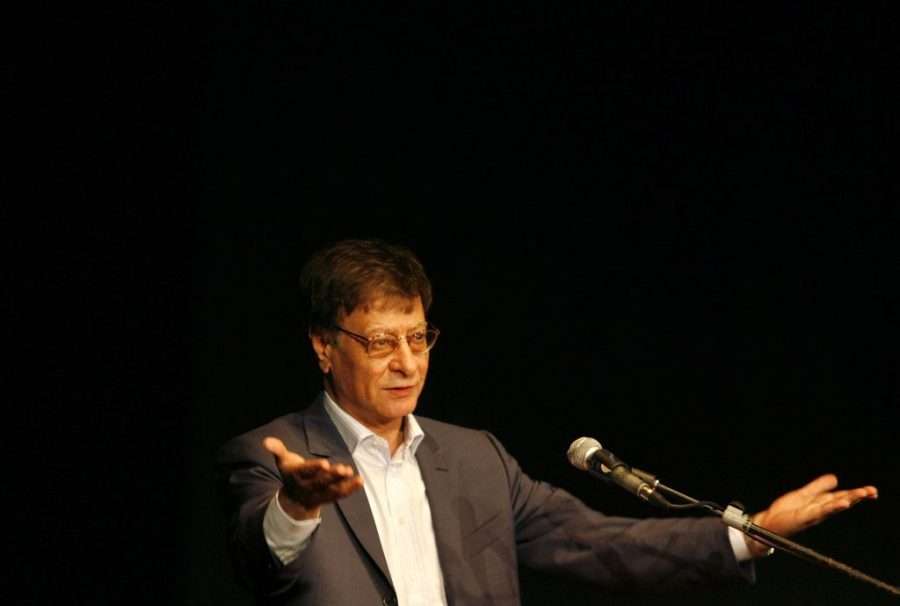 As Gazans endure yet another brutal assault by Israeli occupation forces, the writing of Mahmoud Darwish – who died on this day in 2008 – still signals the power of literature to sustain dignity and encourage resistance.

On the fourteenth anniversary of his death and in the wake of the tragic bombing in the Gaza Strip, Mahmoud Darwish’s poetic legacy is more pertinent than ever. For Palestinians, both in Palestine and in the diaspora, Darwish’s poetry remains a uniting voice of solidarity in the face of exile and brutal settler-colonialism.

Darwish was born in the Palestinian village of Birwa in March 1942, the second of eight children in a modest peasant family. When he was six years old, the village was occupied and subsequently razed by the Israeli army, one of 617 destroyed at the beginning of the Nakba in 1948. Darwish’s family fled to Lebanon, returning one year later to a nearby village—now refugees, characterised as ‘present-absent aliens’ by the Israeli state.

Darwish began writing poetry from an early age, lamenting the shared Palestinian struggle of dispossession and displacement. In the 1960s, he published a series of poetry collections to widespread acclaim, including Leaves of the Olive Tree in 1964. The collection included what became one of his best known poems, ‘Identity Card’, which begins:

I am an Arab

& my children are eight in number

Does this bother you?

This defiance of the denigration of Arab identity is crucial to the poem’s rallying cry—a theme which echoes throughout many of Darwish’s poems. The poet-speaker resists erasure through a repeated assertion: Write down. / I am an Arab, with the poem’s final lines issue a warning to the oppressor:

Write down at the top of the first page:

I do not hate people.

I steal from no-one.

if I am hungry

I will eat the flesh of my usurper.

Beware beware of my hunger

Darwish’s politics were not limited to his poetic output. He was a member of the pro-Arab Israeli Communist Party, Rakah, and contributed to the Arabic editions of the party’s publications, Al-Ittihâd and Al-Jadîd. He was imprisoned five times between 1961 and 1967, and was often under house arrest—always for charges of reciting poetry and travelling between villages without the Israeli-required permit. Clandestine readings of his poems were broadcasted to large audiences in Palestine and throughout the Arab world.

Darwish fled Palestine in 1971 and lived in exile for twenty-four years—first in Beirut, and then between Tunis and finally Paris after the breakout of the Lebanese civil war. He became a member of the PLO executive committee. There, he helped draft the Palestinian Declaration of Statehood and pen Yasser Arafat’s 1974 address to the United Nations.

Darwish resigned from the PLO executive committee in 1993, protesting the Oslo Accords agreement signed by the PLO and State of Israel. In 1995, he was permitted to return to his homeland to visit his elderly mother. The remaining years of his life were spent between Ramallah, and Amman, Jordan, where he frequently performed poetry and spoke at public events. In 2007, he read to an audience estimated at 2,000 in Haifa.

Darwish published more than thirty poetry collections and eight books of prose in his lifetime. He was highly decorated for his literary achievements, with awards including the 1969 Lotus Prize for Literature, the 1983 Lenin Peace Prize, the 1993 French Ordre des Arts et des Lettres, the 2001 Lannan Foundation Prize for Cultural Freedom, and the 2007 International Forum for Arabic Poetry prize.

Critically acclaimed as one of the most important poets in the Arabic language and vital to Palestinian resistance literature, Darwish’s poetic resonance was not limited to the literary elite. His poems were widely circulated and recited throughout Palestine and its exiled communities. In the introduction to the English translation of Unfortunately, it was Paradise, Munir Akash and Carolyn Forche describe how Darwish’s lyrics were ‘sung by fieldworkers and schoolchildren’, cementing his position as ‘the voice of his people’.

Darwish passed away on 8 August 2008, following complications with heart surgery. His death sparked an outpouring of grief, with Palestine declaring a national three-day period of mourning. The poet was honoured with a state funeral, with some 10,000 people joining the procession to his grave.

One of these was Lama al-Khelleh, a twenty-eight-year-old housewife from Nablus, who described Darwish as a symbol of Palestinian identity. ‘I feel I have lost my father,’ she lamented. A teacher, Menna Ali, said: ‘Darwish was Palestine personified… A man full of love, nationalism and passion. I will weep every time I read or recall his poems.’

It is difficult for some of us to comprehend the ‘political-rockstar’ status Darwish held, both in his lifetime and after his death, due indisputably to his remarkable ability to capture the Palestinian public consciousness—a status that speaks to centrality of poetry to the social, cultural, and political life of Arab communities.

New Zealand poet Ian Wedde, who co-translated Darwish in the 1973 Selected Poems, reflected on this cultural difference: ‘We esteem poetry differently, and on a different scale; for us, its significance as public discourse is slight; nor are we entirely comfortable when it becomes manifestly ‘popular’ through song, slogan, or political rhetoric, rather than merely ‘accessible’ to a minority readership.’

Darwish was a technically masterful poet, writing within and around traditional Arabic forms and commanding themes from classic Arab literature and mythology. In this, he produced a kind of poetic shorthand which reverberates across his oeuvre, creating iconic metonymic figures recognisable to the wider Palestinian consciousness. Olive trees, jasmine, wounds, rock: these images move beyond tropes to become iconic stand-ins for poetic refrains concerning the Palestinian struggle.

His poems range from these explicit resistance cries, to love poetry, to intensely metaphysical verse—often exploring experimental forms and ironic inversions. Darwish’s poetics were concerned with both the personal and the collective, the modern and the traditional, the local and the universal. His book-length poem ‘Mural’, published in 2000, fuses an extended lyric with the epic tradition in a meditation on exile:

One day I’ll become what I want

One day I’ll become a bird

that plucks my being from nothingness.

As my wings burn I approach the truth

and rise from the ashes

I am the dialogue of dreamers

I shunned body and self to complete the first journey

but it consumed me then vanished

I am that absence

The fugitive from heaven

This articulation of aspirations for universal justice and freedoms, without obscuring the urgency of the Palestinian struggle, is typical of Darwish’s plurality. His lyricism transforms rallying slogans to art, suspending reality for the reader, even if only for a moment—a dare to dream of alternatives.

In his oft-quoted poem, ‘Earth Presses Against Us’, the poet asks:

Where should plants sleep after the last breath of air?

Darwish’s words speak to poetry’s transformative and imaginative potential. Art, in its articulation of beauty, has long been seen as a mode for defiance. Poetry offers a site of resistance precisely because of its ability to comprehend beyond. The final lines of ‘Earth Presses Against Us’ do not lament end, but rather reinforce the continuation of struggle: ‘Here or there, our blood will plant olive trees.’

Darwish’s remarkable poetic legacy, and the wider Arabic poetic consciousness, make clear the art form’s ability to build, and sustain, resistance. There are lessons here: any collective movement—whether for workers or minority rights, decolonisation, or liberation from oppressive structures—requires resilient solidarity. An accessible and engaging common narrative, easily shared across communities, borders, and timezones, is crucial.

To tap into this potential requires a shift within our movements: from viewing poetry as a ‘nice to have’ to considering it an important mode of intervention—one that can inspire, rally, and sustain. In Darwish’s own words:

A person can only be born in one place. However, he may die several times elsewhere: in the exiles and prisons, and in a homeland transformed by the occupation and oppression into a nightmare. Poetry is perhaps what teaches us to nurture the charming illusion: how to be reborn out of ourselves over and over again, and use words to construct a better world, a fictitious world that enables us to sign a pact for a permanent and comprehensive peace … with life.